According to Sources, he was assisted by Ms Irene Apio Julu, one of the long serving secretaries at DAPCB, who was arrested on Tuesday, and police have embarked on investigations to establish why she was destroying the documents.

The documents torn by Ms Apio were recovered from the Divestiture committee office, according to the source. It further clarified that the  Divestiture Committee office is different from the Executive Secretary’s office headed by the secretary to the board, Mr George William Bizibu.

Members of Parliament on the parlament’s select committee which is  investigating the controversy surrounding departed Asians properties confirmed that Mr. Buzibu, who has for long been singled out for frustrating the process, was caught red-handed destroying key documents regarding the matter.

In the recent past, Mr Bizibu has been instrumental in flagging the mess he found at this office and the underhand methods used by powerful property grabbers and insiders in his office, to defraud DAPCB real estates.

The committee investigating whether Asians who lost their property after President Idi Amin expelled them from the country in the early 1970s reclaimed their properties. So far it has found out a lot of mess in the handling of the process including individuals who signed powers of attorney with owners but have never remitted any monies, and in some instances properties have been sold without knowledge of owners.

Whereas many of these Asians were compensated but still, payments was in some instances paid to wrong people and several bonafide owners have been blocked from accessing their properties by powerful people in government.

The selected committee headed by Makindye east MP Ibrahim Kasozi, have met some of the claimants to the properties in Canada and United Kingdom who have told the committee untold painful stories of being cheated by people they offered powers of attorney while many properties were also grabbed or wrongly allocated to powerful government officials who have since prevented them from accessing or even ever stepping in Uganda.

According to Section 5 (1) of the Assets of Departed Asians Act mandates the board to sit at least once every month.

However, last year it emerged that failure by the board members to meet has over the years facilitated a lot of fraud at DAPCB where hundreds of properties have been stolen.

An Auditor General’s report raised accountability queries at the Custodian Board such as theft of public funds through fictitious compensations of up to UGX1.7b, double allocation of properties, forged land titles, sale of assets without proper valuation, missing documents among other illegalities. 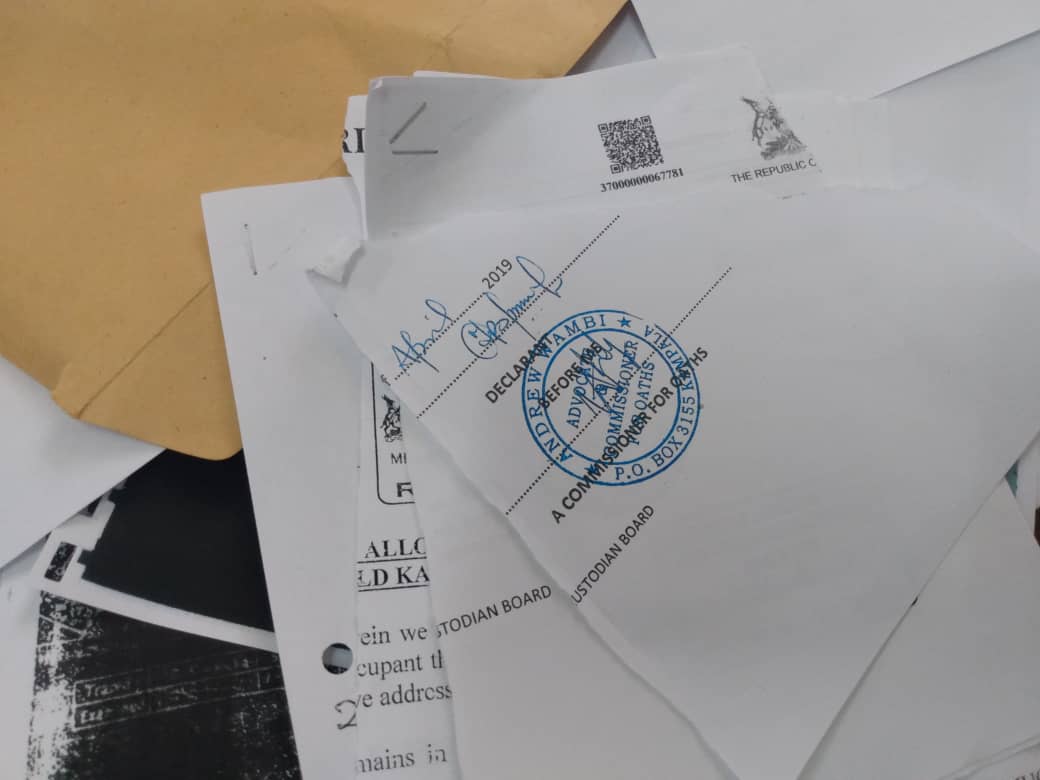 The February 2011-March 2016 report of the Auditor General, Mr John Muwanga, revealed that the Board chaired by the Finance Minister failed to maintain proper books of account and annual financial statements were not prepared.

In the result, it took Auditor General 15 years to audit the Custodian Board activities.

In the process, billions of shillings in tax payers’ money was misappropriated. The Auditor General’s report for instance, shows that UGX.50.2m cash was not banked and lacked accountability documents at the time of audit. Another UGX15.2m was receipted as cash received but could not be traced in the bank statement. 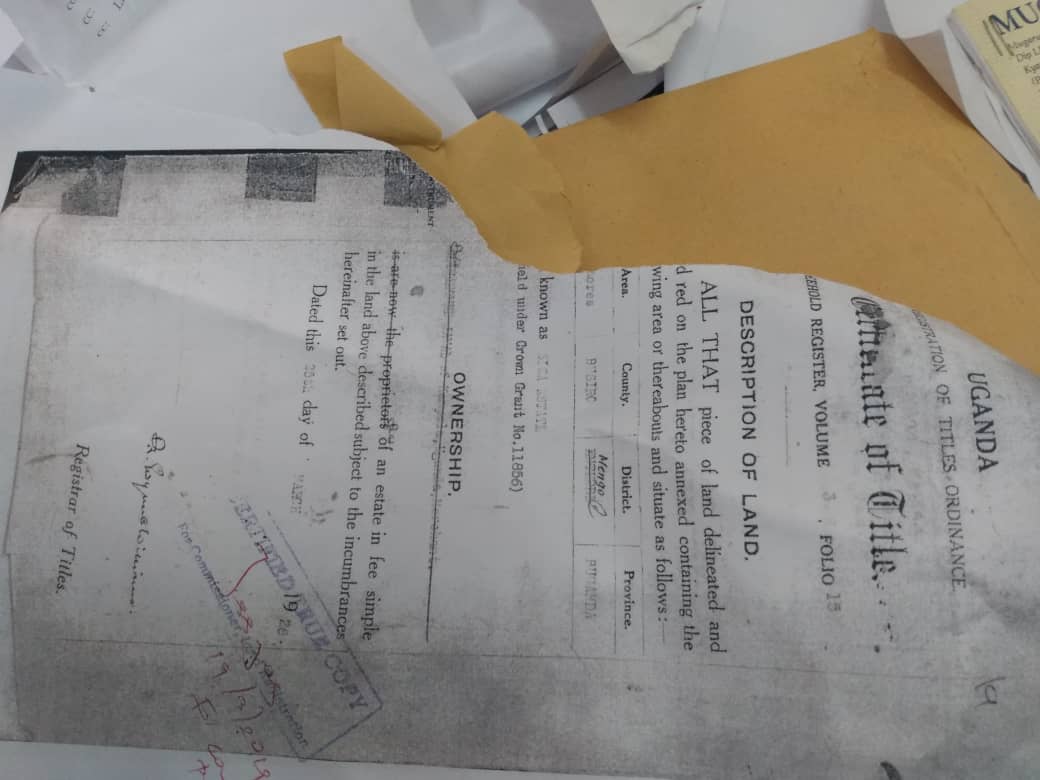 Also about UGX.500m was spent directly from the collection account without authority of the Board.

At the same several properties in prime areas of Kampala that are in the records of DAPCB were dubiously acquired or registered in the names of other people.

The Auditor General inspected 139 properties in Jinja Municipal Council and found that the Board did appoint qualified professionals to value the properties.

There was also no complete list of tenants and properties.

Other properties in prime areas of Kampala that are in the records of DAPCB but dubiously acquired or registered in the names of other people include; Plot 20 Parliament Avenue; Plot 3 Market Street; Plots 6, 8, 10 and 12 Namirembe Road; Plot 14 A George Street; and Plot 7 Bombo road. 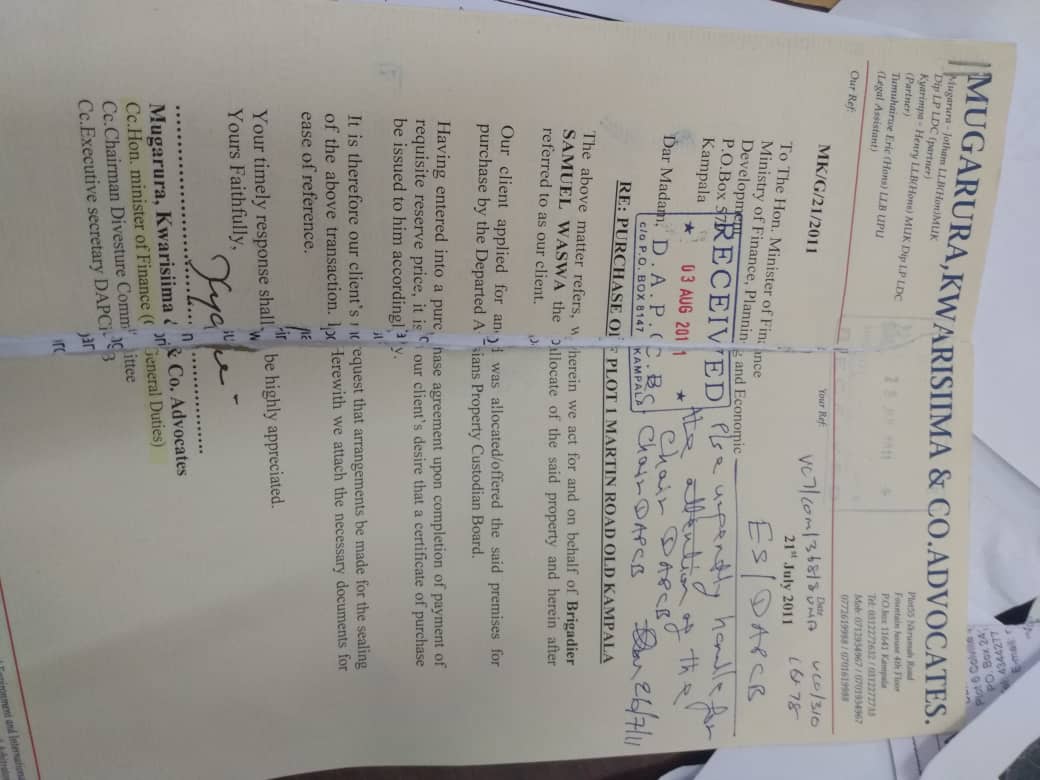 The board chaired by Finance Minister Matia Kasaija claims unspecified amount of money was paid to undisclosed claimants for properties which were sold by the Custodian Board prior to receiving repossession claims by original owners.

The MPs have challenged the Custodian Board to publish a list of the beneficiaries to confirm whether they did not pay ghost claimants.

While appearing before COSASE last recently, Mr. Bizibu, admitted the accountability queries when questioned by MPs.

During the interface with the MPs, Mr Bizibu said the board does not have information on the current ownership of several plots despite the records indicating that they were compensated by the government.

However, the MPs accused Mr Bizibu of trying to trying to cover up senior government officials accused of grabbing the Asian properties.

They singled out while his list claimed the Custodian Board owned Plot 24 along Kampala Road yet a court ruling had indicated that it belongs to businessman Sudhir Ruparelia.

In 2012, Justice Joseph Murangira of the High Court Land Division ruled against Custodian Board and made it clear that DAPCB was not the owner of Plot 24 along Kampala Road.