The incident happened at around 10pm when the Rubaga LDU battalion swung into action in Nankinga zone, Bunamwaya, Makindye Ssabagabo in Wakiso district following an intelligence tip off of a pending armed robbery targeting an airport taxi carrying a woman from abroad.

Meanwhile, the LDU personnel kept monitoring the situation and when the Toyota Harrier blocked the airport taxi, the thugs jumped out and put the the driver of the taxi on gunpoint.

The LUFU personnel who had been following shot at them killing three of them instantly. At the scene, a police pistol was recovered. 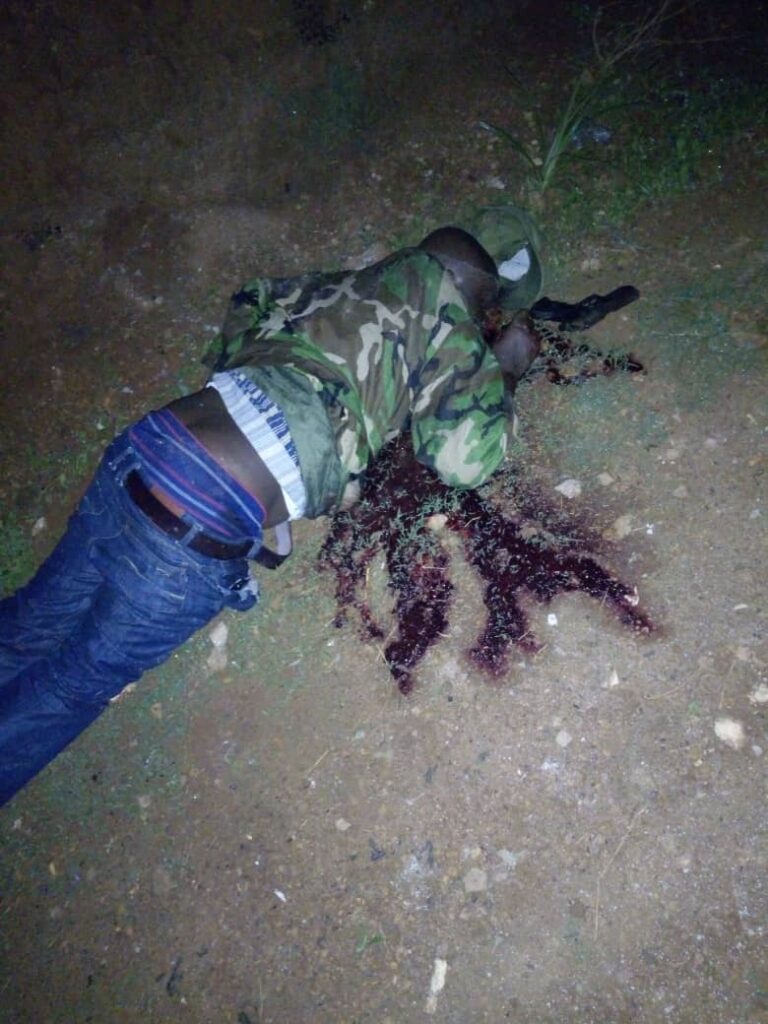 A Shot Dead police officer dressed in a UPDF Uniform

It was later discovered that one of the deceased was putting on army uniform bearing sergeant ranks but close examination indicated that he was a police officer identified as Ambrose Byereta who is at the rank of constable.

Another suspect was identified as Fred Turyomunsi allegedly working in the armoury at the police headquarters whereas the third suspect,a civilian who was donning an army jacket has only been identified as Fred.

It is said that both vehicles disappeared from the scene during the shootout by are being looked for by security.

Previous ArticlePresident Mnangagwa Says Zimbabwe Is Ready For Coronavirus As They Have Built A New Mortuary
Next Article Two Arrested Gen.Tumukunde’s Sons Freed On M7’s Orders