Lawyers representing Lt Gen Henry Tumukunde are demanding for his unconditional release.In their application filed before the Nakawa Chief Magistrate’s court on Tuesday, the lawyers led by Anthony Wameli and Godfrey Turyamusiima allege that Tumukunde and 14 others have been held beyond the mandatory 48 hours without any charges against them since their arrest on March 12. 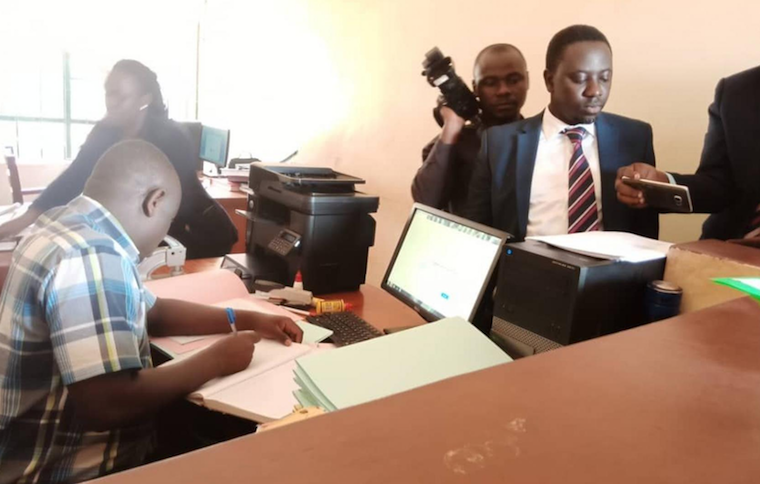 In their application which is supported by the affidavit of Turyamusiima they contend that the above people have been held in illegal detention facilities controlled by the state and their continued incarceration infringes on their rights to liberty.

Turyamusiima says that the applicants at around 7 pm on Thursday last week along Impala Avenue in Kampala were surrounded by police officers and other security operatives before being arrested and taken to CID in Kibuli. He notes that while in Kibuli, his clients recorded a charge and caution statement and were later taken to Special Investigations Directorate (SID) in Kireka.

He adds that with exception of Tumukunde, the rest were first arrested from his offices from Thursday up to Friday at 2 pm and then later transferred to Kireka and some were taken to Kira Road police station.

“I verily believe that the applicants detention is unconstitutional, illegal and unlawful under the laws of Uganda”, reads Turyamusiima’s affidavit in part.

The lawyers now want court to compel government and its security agencies to unconditionally release them since their constitutional rights have been violated. In this application, the attorney general, OC Kira and Jinja Road police station, commandant Special Investigations Directorate Kireka and director CIID have been listed as the respondents.

Police has since preferred treason charges against him arising from his statements made while being hosted in various media houses. The application has been fixed for hearing on March 18, 2020 before the chief magistrate Ruth Nabaasa.u.r.n