According to reports, Ms Muhindo had gone to pick the Chairman’s official car, which is a government given vehicle, as per presidential directives to help in the Coronavirus fight.

It should be noted that during his recent national address about the Coronavirus (COVID-19), President Yoweri Museveni directed all civil servants in possession of government vehicles to park them at the district such that they can be used as ambulances in rushing suspected Coronavirus victims to designated health centres. 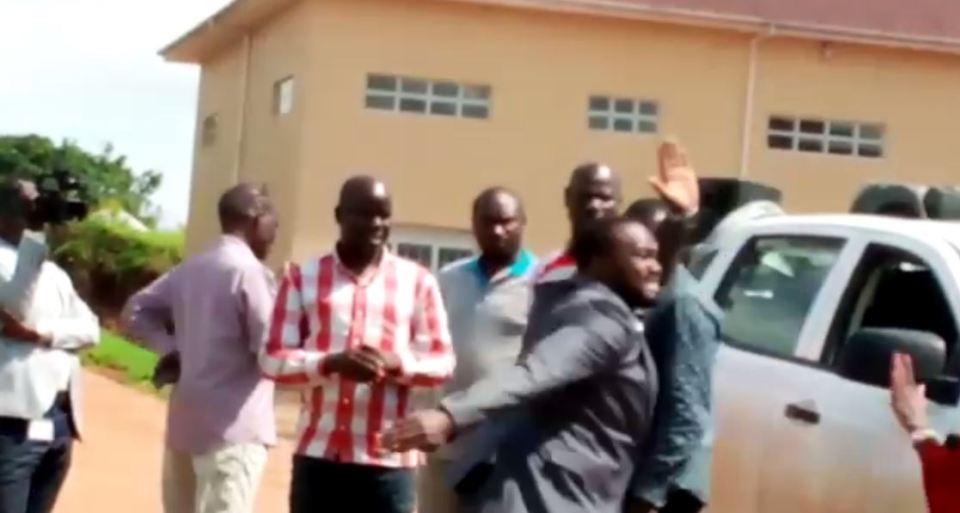 However, we’ve learnt that some RDCs are abusing this directive by hiding behind it to service their other personal ego and fights.

An insider and eyewitness who didn’t want this website to disclose his identity said, the duo were having internal misunderstandings and this was a who is who show off, but very dangerous tribal war against Ategeka that has been brewing for long at the district leadership. 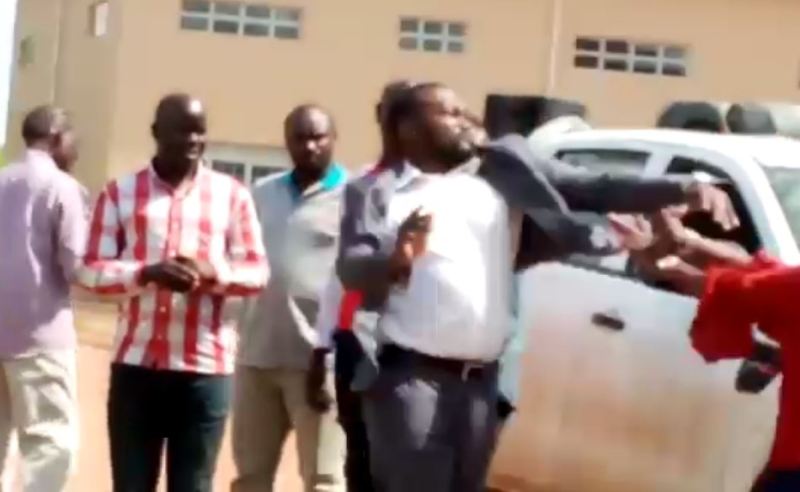 “If you’re talking about facilitating District teams to mobilize against Coronavirus, the LCV is among the task force, even before the presidential directive came, Ategeka was using his car already to transport patients of other diseases to different places. Are you not surprised that of all the leaders at the District,RDC wants C/Man’s car? then as a boss of this District how do you want him to monitor what’s going on in gos district? This is a tribal war that lady and other two top leaders in the district have been fermenting for long, LCV chairman is supposed to be part of the District task force,but they’re fighting him,” a source at the district said.

After suffering for long silently, eyewitnesses said Ategeka boiled to the brim last night and lost his cool and to everyone’s shock, in a blink of an eye, the gogious,bootylicous Muhindo sexy looking Muhindo from the Rwenzori mountains was ONE HARD SLAP RICHER than she came!

The video has since made rounds on social media where Ategeka is quoted throwing tantrums at the now timid RDC who was whaijed away for dear life as Ategeka is also being taken to the coolers whe he spent the night having a chat with bedbags and other inmates, like phone snatchers, night dancers, Matooke thievsles among others that he found in detention.

“Olekere aho k’umanyiira, you’re nothing you stupid you dog,” Ategeka was heard yelling at the bootylicous RDC as he was being dragged away from the scene.

Ategeka continued yelling vile words at her as he was being dragged away such that his fierce anger could settle.

A few minutes after Ategeka was dragged away, Muhindo ordered Ategeka’s driver to drive the vehicle to Bunyangabu police and park it there, pending deployment.

“This is not about politics. It is all about implementing the Presidential Directives in the fight against Coronavirus. This is a national matter,” Muhindo later told the press when thought for her comment.