The Government of Uganda will on Saturday March, 4, 2020 launch the distribution of relief food to at least 1.5 million vulnerable urban poor affected by the virus lockdown in Wakiso and Kampala districts.

This was revealed by the Prime Minister Of Uganda Dr. Ruhakana Ruhunda while appearing before Parliament.

According to the Prime Minister, “The distribution will be done at LCI level by the LCs supported by the Police and UPDF for purposes of transparency and avoiding crowds,” he said.

He added that “Security will stay at the distribution point from the beginning upto the end of the exercise,” he said in a statement released on Wednesday. 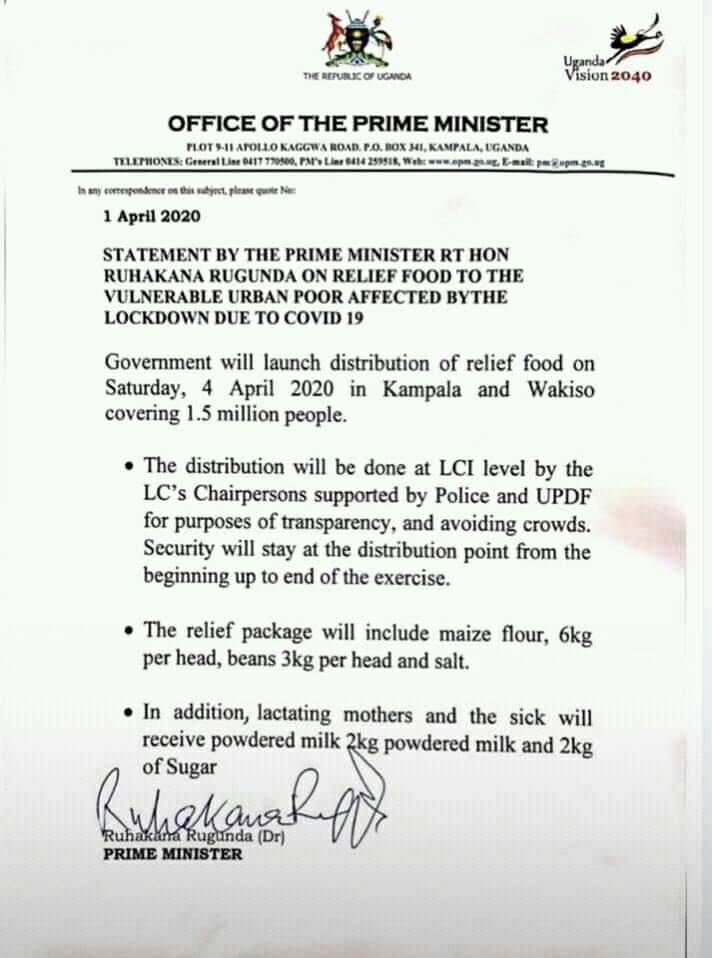 The relief package will include maize flour (6kg per head), beans (3kg per head) and salt.
“In addition, lactating mothers and the sick will receive powdered milk (2kg) and sugar (2kg),” the Prime Minister added.

Previous ArticleBreaking! Rwanda Cries To Uganda After Burundi Closes Its Borders, Blocks Cargo Trucks
Next Article FULL LIST: Here Are Contacts Of All RDCs Who Must Clear Your Movements In The 14-day Countrywide Lockdown!