Have you ever wished to go basking in the sun or play soccer at your favourite beach only to find it submerged in water?

Lake Victoria has burst its shoreline and the impact of the ever rising water levels is bringing more trouble for beach owners and goers than before.

Many commercial facilities on the shoreline have been flooded and or submerged.

Over the years, environmentalists have warned that water levels on the lake Vic. would decrease due to the construction of hydro power dams on River Nile But the variability in climate is proving otherwise and the water levels have  kept rising  over the years, having hit the peak in 2019. 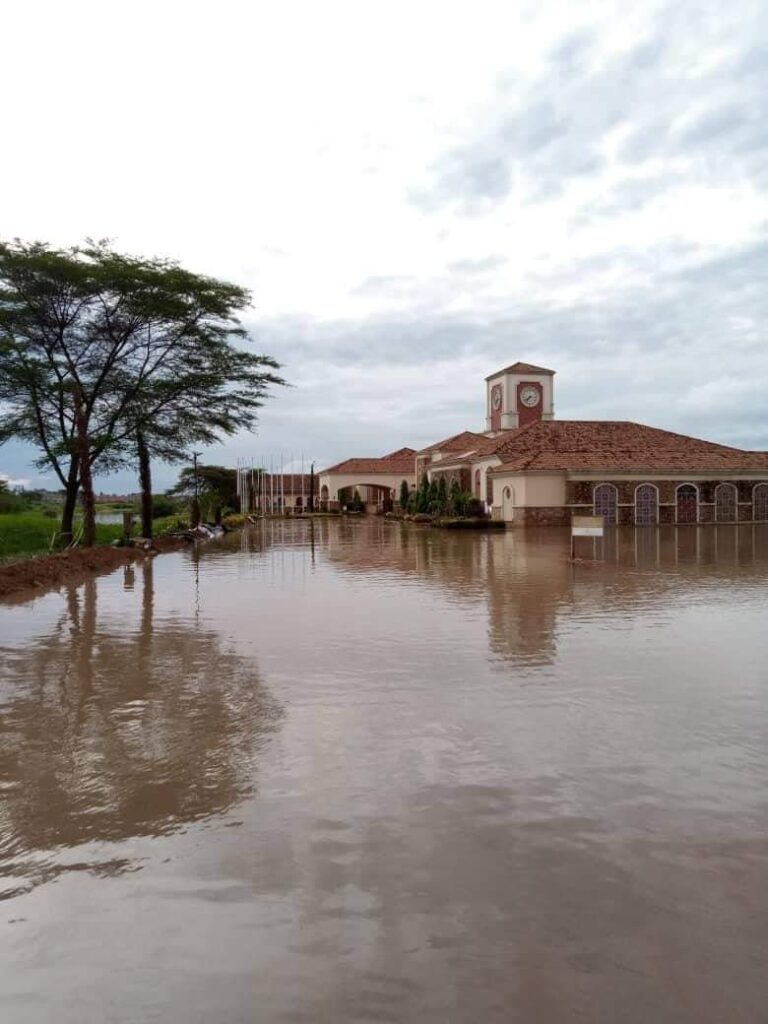 Since early 2020 there has been distress from farmers, business facilities, residential premises and other premises along the lake shore because of the rise in water levels, which is attributed to torrential rains, especially during this rainy season, which is expected to last till the end of May.

Currently, several commercial facilities, to wit beaches and hotels, restaurants, landing sites, markets etc along the shoreline have been flooded and or submerged.

However, although environmentalists say this unpredictable flooding points to climate change occasioned by global warming due to man’s relentless war against nature,  others contend  it is being caused by pollution occasioned by man, which also partly explains water surges that are forcing the suffocated lake to burst its shoreline, submerging businesses and residences within close proximity of its shoreline.

“It has come 35 metres into our gardens. Our marina and harbour, we had quite a bit of a shoreline but they have all been affected. For 16 years that I have worked here, I have never seen the water levels rise up to this part of the gardens,” Mr Malik Akhilesh, the assistant general manager at Speke Resort Munyonyo,  told the media in 2019.

He added: “This is lakeside. We have four of our prime venues next to the shore. It’s one of the biggest and most popular venue for functions and events; the peace lawns and the marina restaurant. Three of our prime venues have been affected by the rising water level.” But the situation has since worsened, making it difficult for  the hotel to utilize the beach and  the biggest part of the compound, because it is flooded.

According to an analysis of data collected during the season indicates that water levels in the major lakes in the basin – Lake Victoria, Lake Kyoga and Lake Albert, Lake Edward, Lake Tana and Nasser increased due to rise in the amount of  rainfall.

The new rainfall pattern is being attributed to the persisting presence of the rainfall belt over the East Africa region associated with prevailing high-pressure region over the Indian Ocean and influx of moisture-laden winds from the Atlantic Ocean and the Congo Forests.

A monitoring report by the Nile Basin Initiative indicates that highest amounts of rainfall is expected in the Lake Victoria and Victoria Nile Sub-basin during April and May .