The Minister of Works and Transport ,Gen Katumba Wamala has applauded Uganda People’s Defence Forces ‘UPDF’ and National Enterprise Corporation ‘NEC’ Engineers for working with other government agencies to clear the floating vegetation at Nalubale Dam.

Gen Wamala made these remarks when he visited the Dam to see the progress of work. 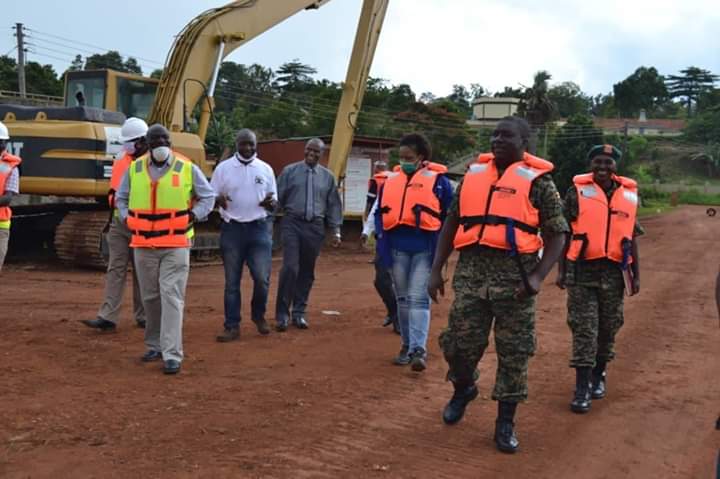 Minister Wamala said that he was surprised to find work at 98% complete which he attributed to joint effort of UPDF Engineers ,UPDF Marines, NEC Engineers working together with other government agencies like UEGCL, Ministry of Works and Transport, UNRA, Ministry of energy and Mineral Development, NEMA AND Ministry of Agriculture Animal industry and fisheries.

“This is really great, am glad to see that work is almost complete, thanks to the combined efforts from different government agencies that contributed personnel and equipment to enable this success” said Gen Wamala.

He added that the vegetation has now been cleared and the challenge now remains with the Silt and UPDF Marine divers are now assessing the level of Silting and a desilting plan will be drawn immediately to ensure no disruption Hydro power again. 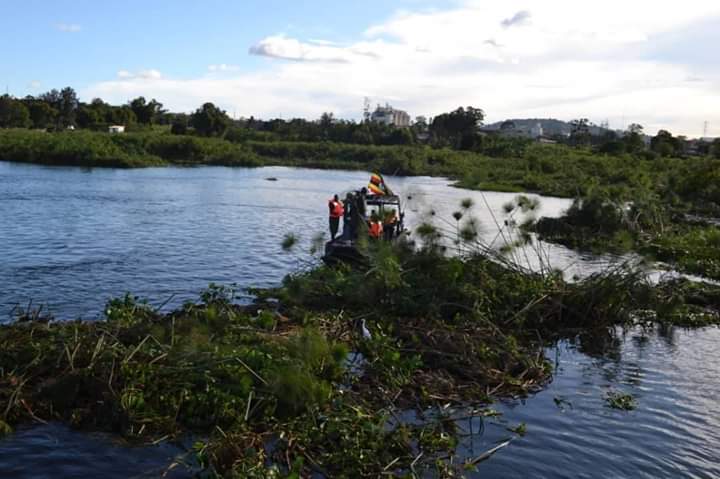 The floating Island at Nalubaale Dam.

Commenting on the other floating Island towards the Dam, Gen Wamala said, the UNRA pontoon bridge(Ferry) and a long boom excavator from National Enterprise Co-operation(NEC) will shred the vegetation into pieces from where it is in order to avoid it reaching down stream and silting the dam.
They team is already in the lake working on the Island and surveillance on River Nile and Lake Victoria for any other possible floating vegetation/Island.

He concluded by emphasizing the President’s directive to wetland enchroachers on the lake Shores to immediately vacate because they are the main cause to this problem.