Trending
HomeNewsJust In! Hon. Jacklet Returns Her Share Of Shs 20M Covid-19 Money Given To Every MP
Sheema District Woman Member Of Parliament Hon Jacklet Atuhaire Rwabukurukuru has returned back Shs 20m given to each legislator to engage the fight against Coronavirus.
Jacklet who distanced herself from the Money since it was first declared has announced that she has returned her share because she believes it was wrongly appropriated.
In a post on her social media, the Legislator explained that she made a decision after consulting her mentors, elders and collective reaction from voters thus depositing back the controversial Shs20m money.
She added that she will this week handover her contribution to the Sheema district task force which will be mainly to support the vulnerable people in the whole district.
“It is unfortunate that the country is currently at war with one of the most dangerous enemies against our lives, the coronavirus (covid-19).
I also recognize the need to support government in meeting it’s fair share across all fronts (security, health, and social services/welfare), having received the controversial 20 million as added in the recent supplementary budget; I have decided to take heed to the voice of reason from Elders, mentors and some of my voters, and have, thus today tasked my Bankers (Centenary Bank) to refund the money to the Parliamentary Commission Account in Bank of Uganda as provided by the Clerk to Parliament on 22/04/2020,” Hon. Jacklet’s statement reads in part. 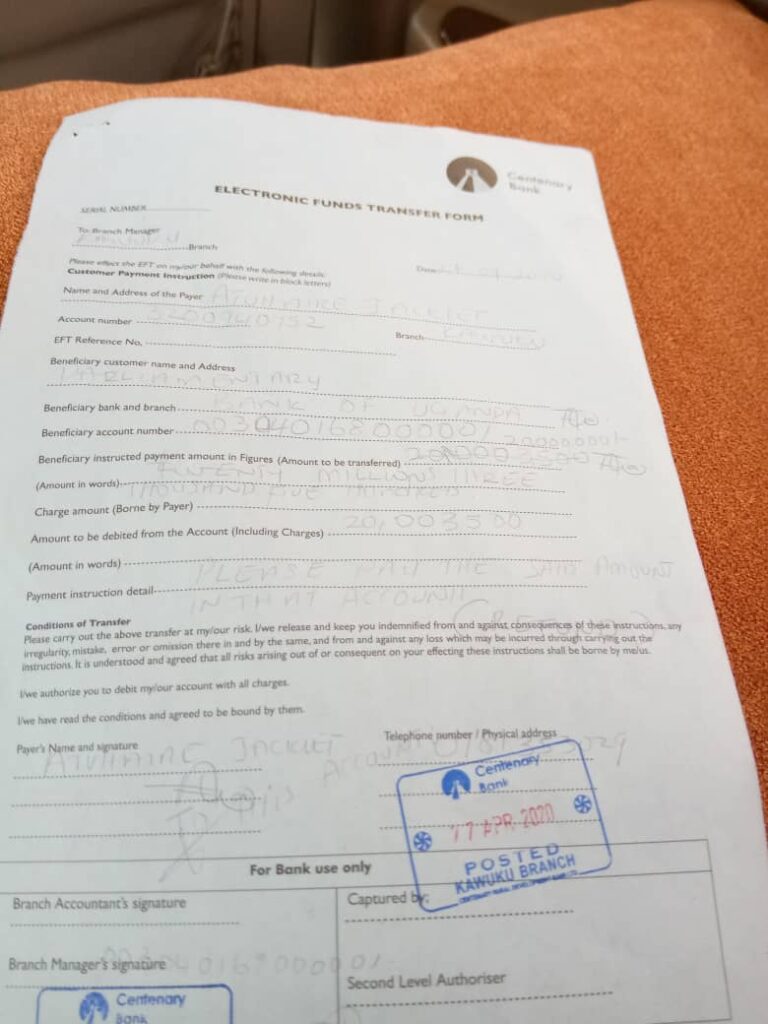 She added that “I will continue to share the little i have with the people of Sheema District like i have always been doing. Soon will bring to the task force my contribution to the struggle in Sheema. There fore, i urge you to follow the Presidential and Ministry of health directives during this dangerous moment, Let’s continue to share ideas on how we can support each other within our own means to making this country safe for everyone because coronavirus is real and it kills.” She added.

Other MPs who have so far returned the controversal Shs 20m covid-19 money are the Nyabushozi County legislator Col. Fred Mwesigye and Kyadondo East Member of Parliament Robert Kyagulanyi Ssentamu