The National Resistance Movement (NRM) political party plans to postpone its internal elections, with officials suggesting August and September of this year.

According to its current roadmap, the NRM was to conduct primary elections in May and June, but this may not be possible due to the coronavirus lockdown.

In a letter to the Speaker Rebecca Kadaga, who is also the 2nd national vice-chairperson of the NRM Parliament, President Yoweri Museveni, who is also the national party chairman, suggests the aforementioned time be considered to minimize time on electioneering.

“I have received your letter of the 23rd of March, 2020, regarding the NRM Primaries,” Museveni writes in the letter, which he also copied to the NRM Secretary General, Justine Kasule Lumumba.

“I totally agree with the idea. The country should minimize the time spent on electioneering. Therefore, August and September 2020 are reasonable. I will consult the CEC [Central Executive Committee] members by telephone through the Secretary-General.” 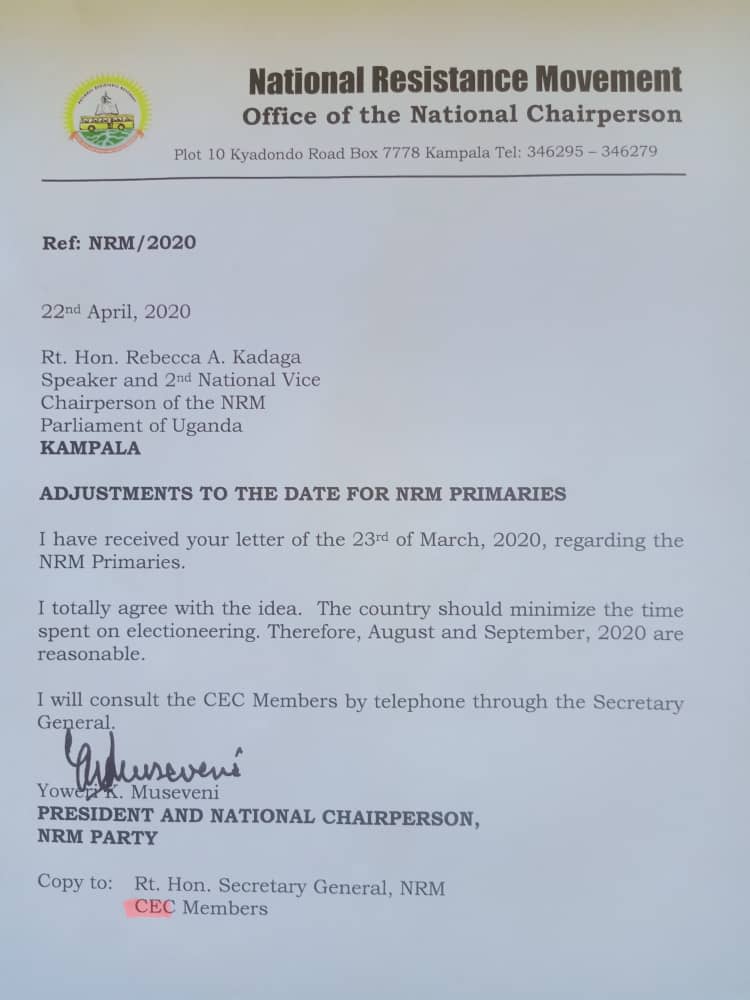 President Museveni’s letter addressed to the Speaker of Parliament

Uganda will be holding general elections in February of next year.