The Minister for Defence and Veterans Hon. Adolf Mwesige Kasaija has handed over the Controversial Shs20m to Bunyangabu District Covid-19 Task-Force to help the team in fight against Coronavirus (Covid-19).

Minister Mwesige who is also a Member of Parliament for Bunyangabu handed over cash to the Task Force led by the area Resident District Commissioner (RDC) Ms Asiimwe Jane Muhindo and the District Chief Administrative Officer (CAO) on Friday May, 9, 2020.

He said, its unfortunate that the country is currently at war with one of the most dangerous enemies against Ugandan lives, the corona virus where almost every business is at a standstill and people are starving.

He however reiterated the stakeholders’ commitment and said, it is good and important to note that government has channeled billions of money to the fight against the deadly COVID-19.

When asked why he took the decision to return the controversial money (Shs20m) to the task force, the minister said, the money was from day one not appropriate thus he had to first do consultation on what to do with it. From both voters and above all the guidance of his excellency, President Yoweri Museveni.

“Having received the 20m, with the guidance of his Excellency, i decided to bring the money to the District taskforce to help my people especially the vulnerable than returning it. We have people to help in Bunyangabu, like the Bodaboda men who aren’t working, Chapati and restaurant workers and others whose businesses were closed. Let the taskforce account for the money and bail out some of our people,” Hon. Adolf Said.

He promised to continue sharing the little he has with the people of Bunyangabu like he has always been doing. 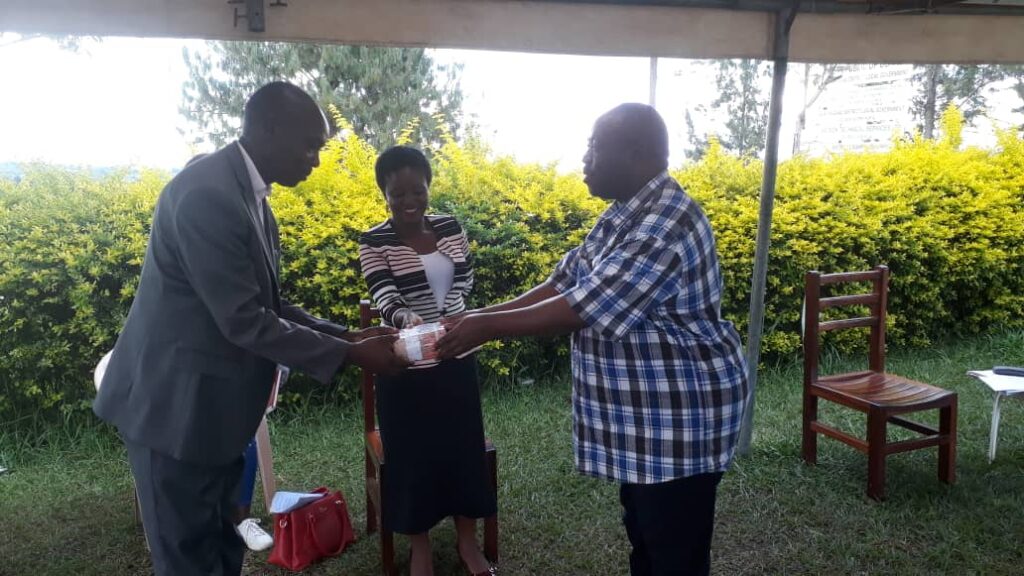 In relation, the Bunyangabu District Health Officer Dr. Richard Obeti has said that they are facing an increase of malaria cases when almost everyone in the country is focusing on the fight against COVID-19 pandemic.

According to Dr Obeti, the worst hit areas are Rwimi and Kiyombya Sub Counties where at least 80 per cent of the patients who visited their health care facilities tested positive for malaria in the previous weeks.

He told the District Task Force on how the COVID-19 outbreak affected their planned distribution of free treated mosquito nets.

He appealed to the public to adhere to preventive measures like clearing of bushes around homes and others. 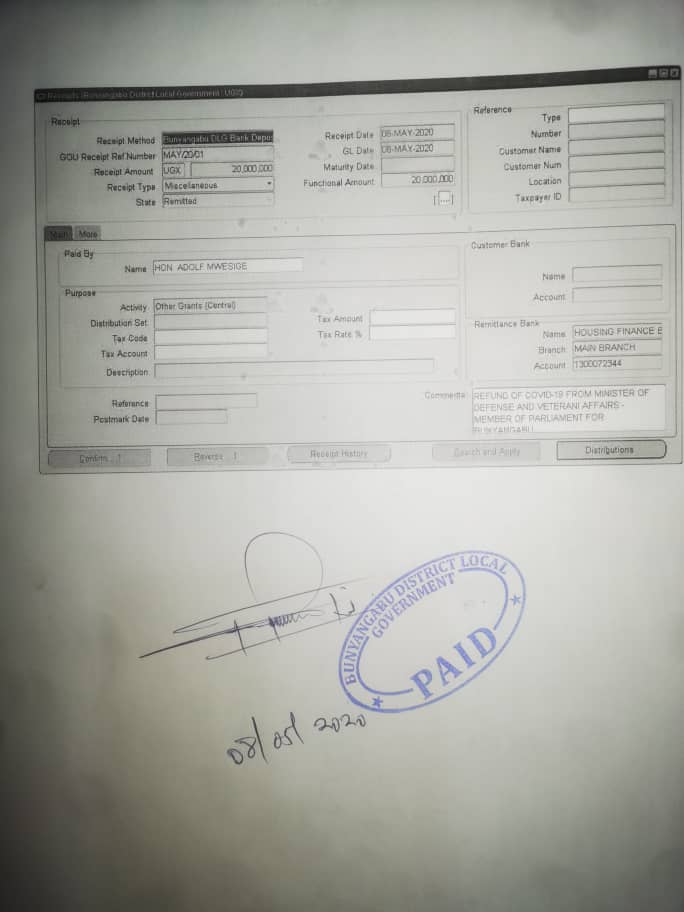 Hon. Mwesige responded that the country is focusing on controlling local infections and the new Corona Virus.
He added that it would be difficult for districts and the nation to manage community cases once Government get overwhelmed by Coronavirus.

The area Resident District Commissioner Ms Asiimwe Jane Muhindo, who was commended for evacuating hundreds of patients to health facilities for timely treatment received the cash and explained that her committee, despite challenges has managed to respond to COVID-19 alert cases and taking pregnant women to hospitals for safe delivery.

It should be remembered that of recent the minister donated two cars to help in transporting sick people and also donated 4000 liters of liquid soap.