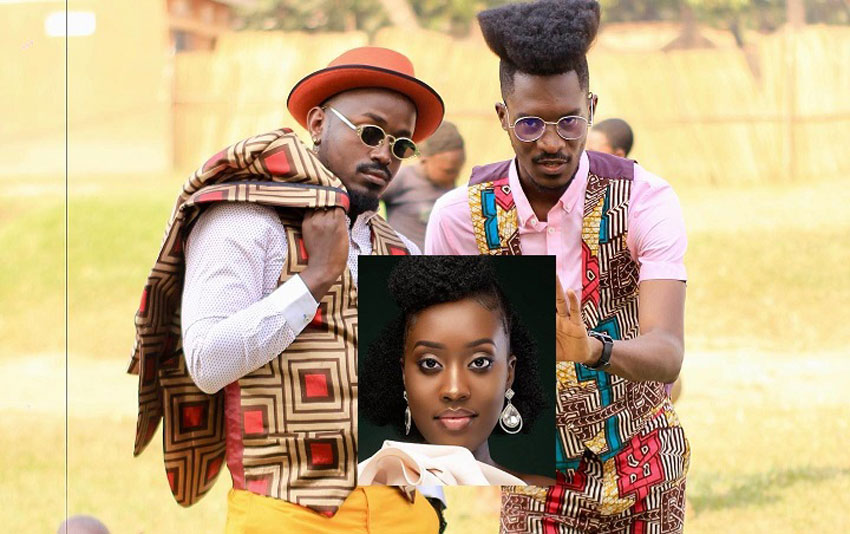 Singer Alexander Bagonza aka A Pass spent four hours speaking sweet-nothings into comedienne Martha Kagimba, alias Martha Kay’s ears, even when he is aware that fellow singer Wycliffe Tugume aka Ykee Benda had run to her for consolation after being rejected by NBS TV news anchor Sheilah Nduhukire.

It should be remembered that when Ykee Benda openly expressed his love for Nduhukire on social media, A Pass told him it would end in tears. Indeed, a few days later, Ykee Benda had realised this and ran to Martha Kay for consolation.

The social media comedienne had even previously confessed she loved Ykee Benda but the ‘Farmer’ singer had reportedly been ignoring her.

But as if he is in competition with Ykee Benda, with whom he teamed up for the ‘Turn up the vibe’ song, A Pass has decided to go for a woman he knows Benda has interests in.

The two even spent four hours talking about nothing but love on Instagram, with A Pass telling Martha Kay how he is madly in love with her.

“All I am saying is that you are like my formula; I don’t know, nowadays I’m writing so many love songs; it feels like I’m crazy in love,” confessed A Pass as Martha Kay seemed to enjoy the chat and encourage A Pass for more.

“I want to be honest with you before we go far; I am very emotional; I cry sometimes. I cry during sex sometimes, if it’s so sweet I cry so much the tears roll down my eyes,” he further revealed sending Martha Kay into uncontrollable laughter.

After the chat, Martha Kay said she has “just had the most interesting, funny, silly, and yet deep and inspiring four-hour conversation with A Pass on his IG live. Yes, 4 hours.” And she looked like she had been won over. If Martha and A Pass continue on this path, then it might end in tears for Ykee Benda once again.