This came hours after Onen revealing that Sanyu FM staff did not at any point reject pay cuts despite different reports indicating so. He claims no single staff member refused to work because of the infamous 25% salary reductions.

“I want to set the record straight, it not true whatsoever that the staff rejected paycuts. this narrative is false. Let it be known that it is false,” he said on KFM’s DMighty Breakfast show with Brian Mulondo on Friday.

Meanwhile we’ve further landed on documents which he personally signed rejecting the 25% pay cut and he was first on the list. 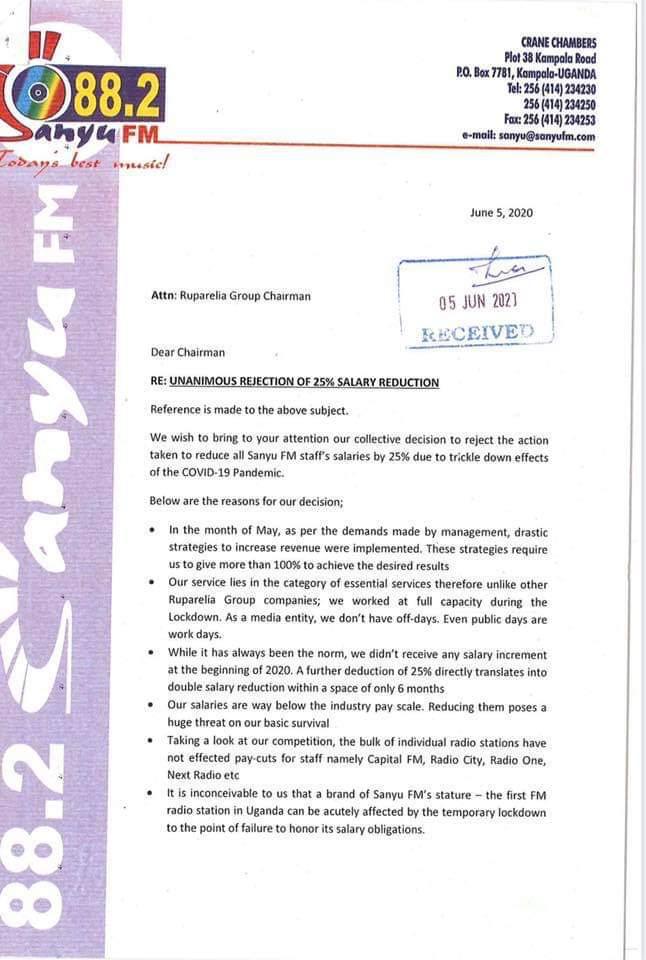 He further said that he was only called by his immediate supervisor and told not to come to work, he doesn’t say which supervisor called him and doesn’t tell us if he confirmed with the general manager or Human Resources about the decision. 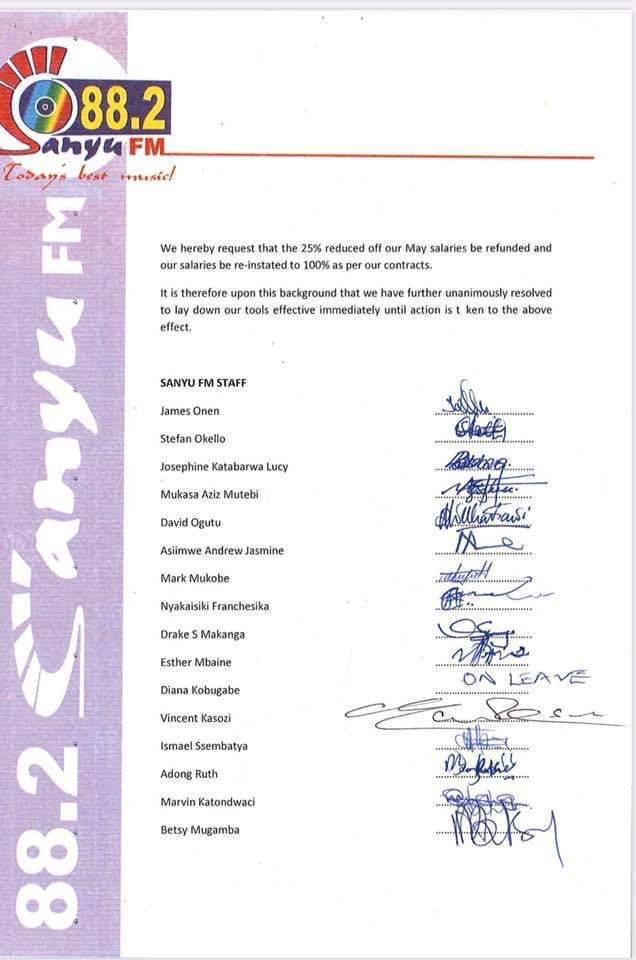 “We only stop working after we were told not to show up to work. The managers are the ones who initiated the process against the paycuts. It didn’t come from the staff. We were going to work nonetheless,” he added.

Now, Dr. Sudhir has tasked him to also put it straight and mention the name of the manager that was behind all this crisis.

In other news, it is alleged that Dr. Sudhir met all staff who had apologized on Friday and claimed that Fatboy had misled them into participating in the sit-down strike.