Trending
HomeBusinessAgriculture Is The Backbone Of Uganda’s Economy; Hon. Jacklet Donates Over 80000 Hoes To Boost Production
As a way of fighting famine, Poverty and boosting Agricultural Production in Sheema District, Hon. Jacklet Atuhaire Rwabukukuru the area Member of Parliament through the District Covid-19 task force has donated over 80,000 hoes to her residents.
These were received by the area Resident District Commissioner Frank Kyerere who applauded the legislator for thinking big and being first leader in Sheema to donate something productive that all people will share equally.
He further requested Hon. Jacklet to handover hoes to Chairmen LC 1’s to distribute them in their respective villages and warned them to supply them equally such that every resident can wholely benefit from this. 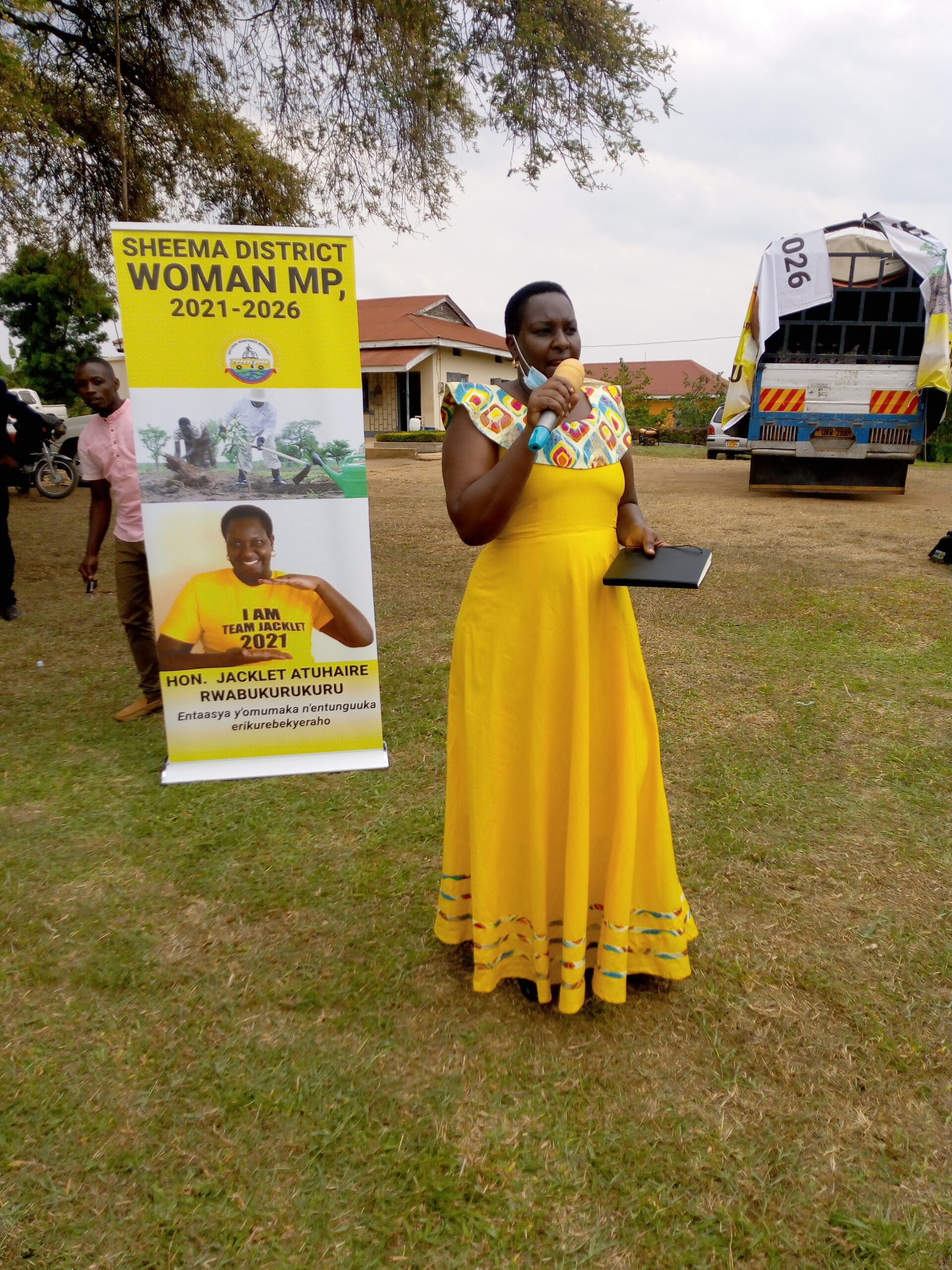 Hon. Jacklet speaking before the press at the District headquarters said Sheema has about 80,000 families and each family is entitled to get a hoe.
“I couldn’t give you Posho because it can’t last for even a week but this hoe will last for a year or two. If you use it productively it can make you a billionaire, use it to cultivate both food and cash crops such that in case of any pandemic or disaster, you are prepared with enough food”.
She further advised residents not to sell hoes and advised them to use them productively and productively.
Ms. Jacklet expressed her worry and made residents of Sheena to remember how the District was used to be a food basket. She added that it’s shameful these days to see a resident of Sheema crying for just kilograms of posho saying that that wasn’t the district’s culture.
The legislator urged people to bring back old ways of stocking food in granaries, working harder and growing enough food.
This wasn’t the first time Jacklet giving a supportive hand to her people especially on agriculture.
March this year, she supplied fertilizers to people of Sheema.
Earlier, she had distributed maize seeds, beans, soyabeans and potato stems to her people.
Post Views: 3,071