Sheema: There is tension between the Sheema District Woman Member of Parliament Hon Jacklet Atuhaire Rwabukurukuru and Sheema District Chairperson Canon David Kabigumira and early this week she assured him to stop being a rumour monger and instead learn how to keep secrets.

Our sources in Sheema reveal that MP Atuhaire has since assured Kabigumira to get a box where he can keep some of his secrets as a leader and a father, instead of going around talking about small things he does for his voters and the people he does them with.

Hon. Atuhaire made the remarks on Monday afternoon July, 6, 2020 at Sheema District headquarters, where she was delivering 80,000 hoes to locals, as one of the moves she embarked to promote agriculture in Sheema District. 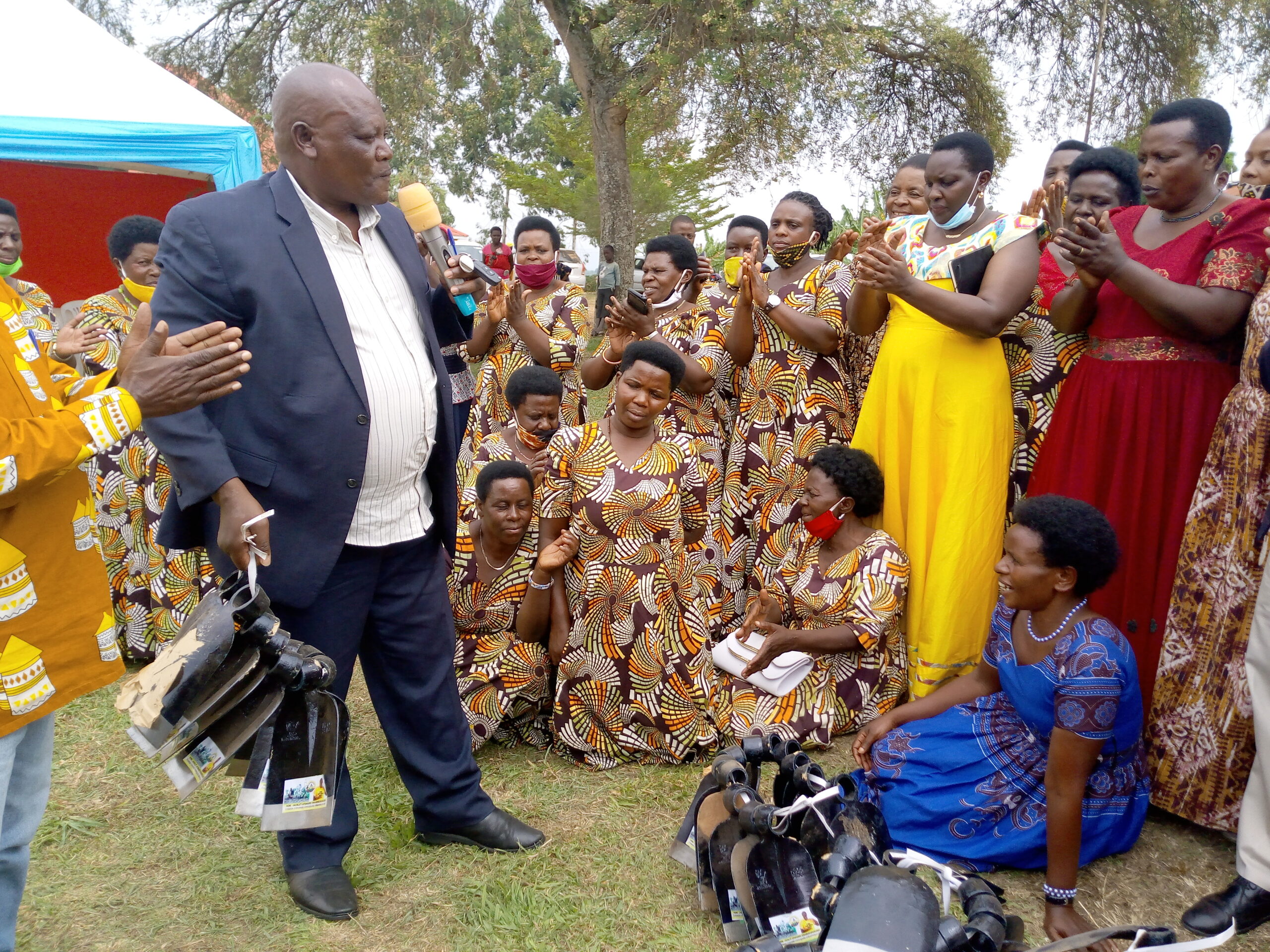 Hon. Jacklet (In a Yellow dress) while delivering 80,000 hoes to each household in Sheema District

However, during her speech, Chairman Kabigumira stood up and said that; “Although I’m here, I wasn’t invited. I was shocked to reach here in the morning and find tents in my District’s compound. I therefore tell you Hon. Atuhaire that this isn’t good at all. Remember we used to go and work together as a team but these things of working alone; no. no!”

He added that “How can you hold a function here without even informing the Chief Administrative Officer. I Know that you’re a hardworking person and that you can take services nearer to people but there is a gap between us. That’s not the way we used to do our things. I will keep following you whether you call me or not.” 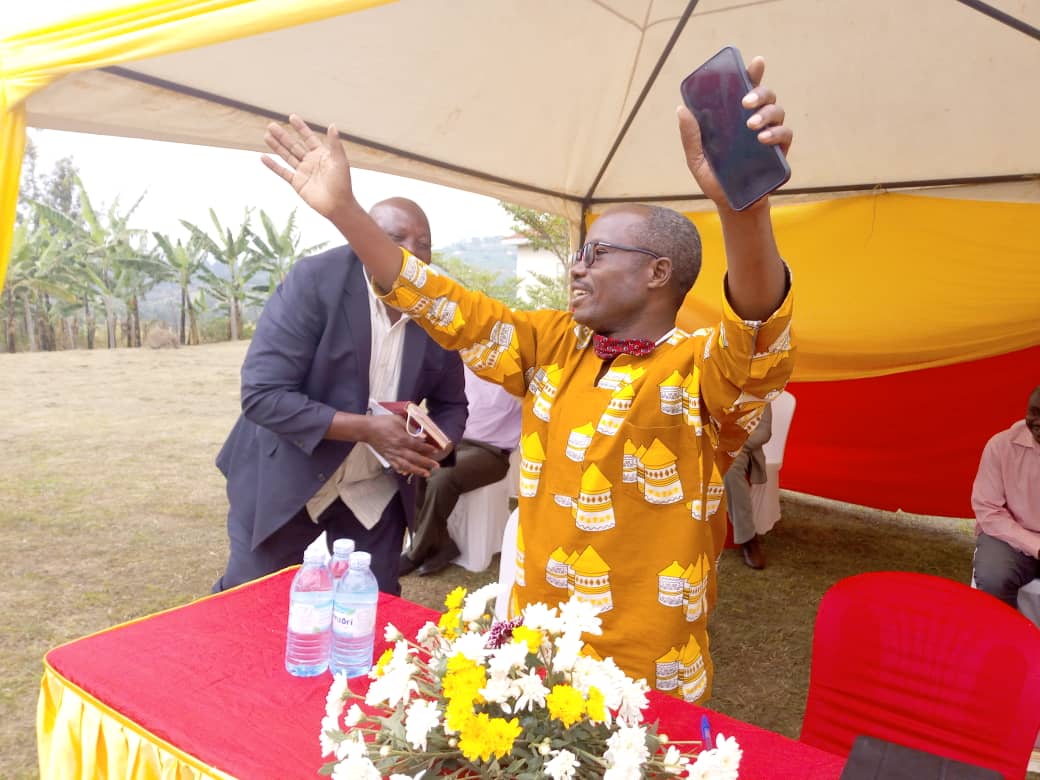 However, in reply, Atuhaire assured Kabigumire never again to introduce himself to his own children as their father and to always keep the secrets of his family, instead of looking for sympathy from the public.
“If you hear the head of the family introducing himself to his children, then know there must be a big problem. If I have disagreements with you, there is no need to come here on a microphone and start exaggerating them, looking for sympathy from the public.”

She added that “You would have approached to me and we sort ourselves if there is a problem. But these things of rumour-mongering to public, they will not help. First of all I talked to the Chief Administrative Officer (CAO) and today morning he called me, saying that he is going for a burial, hence he wouldn’t attend this function. But you are here seriously telling people that I didn’t invite him as if you were among those who were inviting people. If I and you were working together, there is no need to tell people here because they know.”

As a way of calming the situation Sheema Resident District Commissioner (RDC) Frank Kyereere chipped by telling Kabigumira that it wasn’t Atuhaire’s to blame for the anomaly because it was he (RDC Kyereere) who had okayed her to organise a function quickly such that she could deliver the hoes to people in nearby villages.

But that wasn’t the first time for Atuhaire and Kabigumire to exchange hot words in public.

Early this year in February, Kabigumira blamed Atuhaire for conducting a meeting with district Councilors and the District Women Council at Sheema District headquarters without his consent.

However, when Atuhaire asked the councilors to allow her play phone recordings of her and Kabigumira inviting him for the meeting, Kabigumira said that he only got one text message inviting him for a function, yet some councilors got more than two texts and that even by the time she called to tell him about the function/meeting, he was driving and didn’t hear her well because of network issues.