Six raids were conducted concurrently while the suspects were asleep; among several items, Dubai police reportedly seized more than $40 million in cash and hard disks containing the addresses of nearly two million victims.

One of the fraudsters was Ramon Olorunwa Abbas aka “Hushpuppi,” a social media celebrity known for flaunting his opulent lifestyle to over two million Instagram followers with posts of him in luxury cars, private jets, and designer clothes, globe-trotting to fashion shows and dining with celebrities, soccer stars and Nigerian politicians.

The arrest was part of a United States’ FBI investigation that unveiled Abbas as one of the kingpins of a transnational cybercrime network specializing in Business Email Compromise (BEC) scams, a fast-growing form of cyber-fraud that involves hacking corporate emails and sending fake messages to clients in order to redirect financial transfers and steal bank details.

Abbas, 37, was extradited from the UAE to the US to face criminal charges for allegedly conspiring to launder hundreds of millions of dollars through online heists, including those targeting a US law firm, a foreign bank and an English Premier League soccer club, according to a criminal complaint filed in a US federal court last month.

Investigators used Abbas’s social media accounts on Instagram and Snapchat to track and confirm his whereabouts, and gather evidence to charge him. 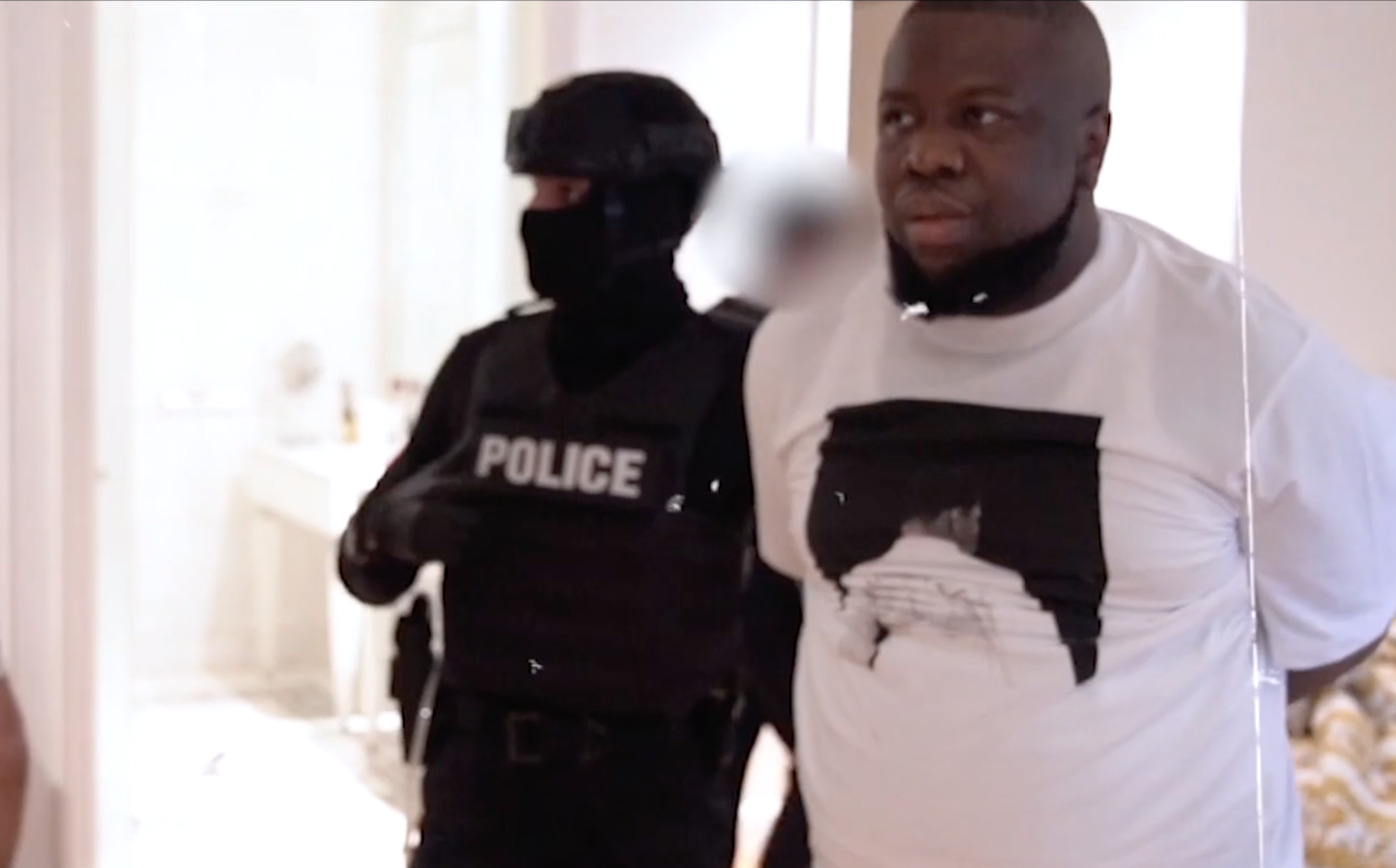 From Dubai with ‘cuffs.

FBI affidavit details how the Bureau initially discovered Abbas and his social media handle through two co-conspirators. One of these accomplices, a non-Nigerian manager of the criminal organization’s money mules, had a UAE number saved as “Hush” tied to the Snapchat username “hushpuppi5.”

The FBI similarly found and reviewed Hushpuppi’s Instagram account—where he also mentions the same Snapchat username and styles himself as a real estate developer—and matched his posts to photos from Abbas’s passports and other identification documents. The account gave the detectives insight into their target’s lifestyle of “substantial wealth.”

Snap Inc., Instagram and Apple provided records for the investigation that helped the FBI to make connections between chat histories, phone contacts and email addresses, which allowed investigators to confirm Abbas’s correspondences and his Dubai residence at the Palazzo Versace.

According to the FBI, Abbas was a “key player” in a large conspiracy that purportedly provided “safe havens for stolen money around the world.”

Born in Lagos, Abbas had reportedly been a second-hand clothes street trader before he started his ostentatious lifestyle presumably through his alleged fraudulent activity.

The Hushpuppi case is reminiscent of last year’s FBI arrest of Obinwanne Okeke, a more refined fraudster who, posing as a successful entrepreneur, was featured on the Forbes 30-under-30 magazine cover, spoke at the London School of Economics Africa Summit and was lauded by the BBC as a “rising star.” Two weeks before Abbas appeared in court in Chicago, Okeke pled guilty to an $11 million fraud scheme.

Nigerian scammers first gained notoriety for defrauding Westerners in the 1990s through advance-fee schemes that became known as “419,” after the section of the Nigerian penal code that combats such crimes. In the internet era, the cons evolved into phishing email scams. Abbas and Okeke’s arrests and the BEC scams signal an evolution of the global online fraud perpetuated by Yahoo Yahoo Boys, Nigerians’ nickname for the fraudsters.

Among Nigerians, reactions to Abbas’s arrest were mixed as some blamed the country’s economic woes for making online scamming attractive, particularly to young Nigerians besieged by rising unemployment in a country where six people fall into extreme poverty every minute.

While many would point out tough economic conditions are no excuse to commit fraud, others point out both Abbas and Okeke are products of the morally ambiguous modern culture and society enabled by Nigeria’s perennially corrupt political elite, many of whom evade punishment for pilfering public funds. According to the UK’s Chatham House, an estimated $586 billion has been stolen from Nigeria since its independence. Legislators rotate in and out of office and prison with similar frequency and little damage to their credibility among their party or constituents.

Earlier this week, the leader of country’s chief anti-graft agency, the Economic and Financial Crimes Commission, was suspended over corruption charges. The country ranks 26 out of 100 (zero is highly corrupt) in Transparency International’s Corruption Perceptions Index.

Indicators of this moral ambiguity are seen among those who lauded Abbas and only criticized him for being too ostentatious thereby tipping off the FBI.

While there are hopes the recent arrests will deter more would-be scammers, ordinary Nigerians are especially concerned about the impact these scams continue to have on the reputation of the country and its citizens as they travel abroad, apply for visas and seek international jobs and investors for legitimate businesses. There are reportedly claims that some Dubai companies have begun rejecting Nigerian job applicants.

Abbas is currently being detained in Chicago and is legally represented by the Chicago-based law firm, Pissetzky & Berliner. In an interview, Gal Pissetzky said his client is “an entrepreneur” who ran a legitimate business and a very legitimate Instagram account and did not take part in any scam or fraud.”

“He was promoting brands and that’s how he was very legitimately making his money.”

Abbas is expected to be transferred to Los Angeles in the coming weeks, according to the FBI affidavit. If convicted, he faces up to 20 years in federal prison.