The Namisindwa District quarantine center at Magale secondary school is overwhelmed by the high number of Covid-19 suspects.

Thecapitaltimes has learnt that the quarantine center which was planned for only 100 people is currently holding an accumulative number of over 179 suspects.

Ninety seven (97) of the suspects are contacts of Eunice Chimatala, a resident of Sisongofwa village in Nambaya Sub-county in Namisindwa district who succumbed to Covid-19 at Joy Hospice clinic in Mbale last week.

Days after Chimatala’s death, the Health Ministry dispatched a team of officers to partner with Namisindwa district taskforce to track down her contacts.

Over 90 people including Chimatala’s neighbors, close family members and health workers were identified and quarantined.

The Namisindwa district health officer, Stephen Masai told the media that they are struggling to manage the huge number of suspects since they lack bedding’s and adequate food.

He said, some of the people said to be contacts of the late Chimatala are offering themselves to be quarantined following massive sensitization.

He said they are still tracking for more people including those who were involved in the mosquito distribution exercise with the deceased and the boda boda rider who delivered her to hospital. 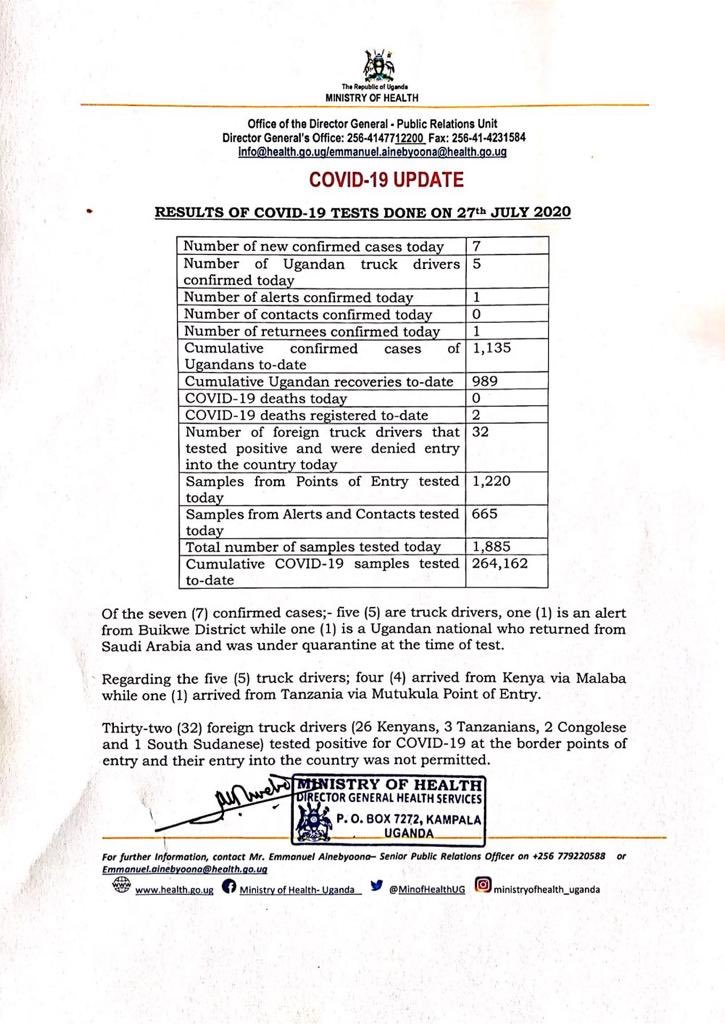 Uganda has sofar Confirmed 1,135 cases with 989 recoveries and 2 deaths.