The Uganda Revenue Authority (URA) and Uganda National Bureau of Standards (UNBS) are on spot for allegedly abetting and or colluding with businessmen who are smuggling tonnes of Kenyan salt into the country and reaping abnormal profits after evading taxes worth hundreds of millions of shillings.

Our sources reveal that licensed dealers of salt in Uganda are wondering under what circumstances salt branded as Krystallline Salt or Kay Salt is entering into Uganda, yet the manufacturers brand it with a stamp reading; ‘Only For Sale in Kenya’, but URA and UNBS are allowing the same salt onto the Ugandan market without  raising any alarm.

Despite the fact that Kay Salt is meant to be sold only in Kenya, where it is manufactured and it’s not designated for export, traders in Kampala are wondering how this salt finds itself on the Ugandan market, circulating from as far as Mbale District to Kampala and other parts of the country, yet URA and UNBS are mandated by law to check the circulation of such smuggled products. 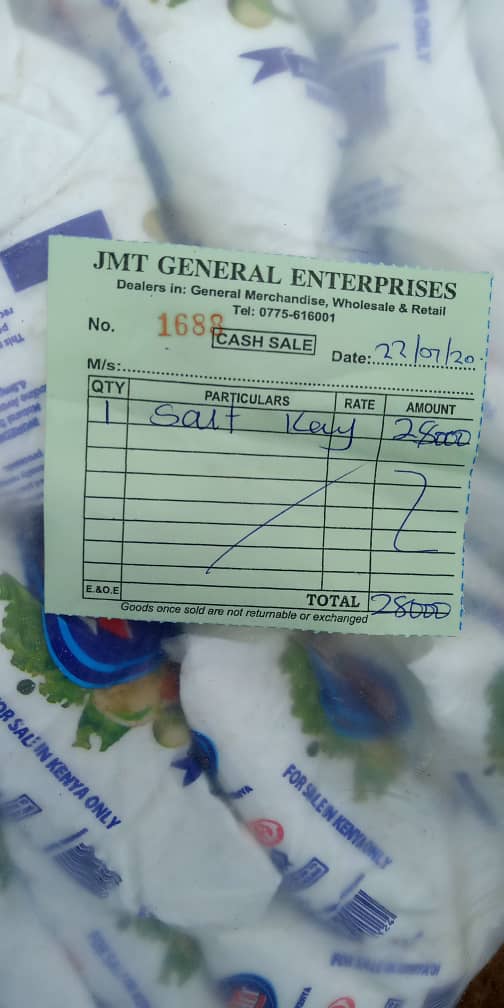 Worse still is that the clandestine operations of these businessmen smuggling the salt into the country has caused URA losses worth billions of shillings in unpaid taxes, because the businessmen smuggle  the salt into the country, sell it off and later enjoy the abnormal profits, but officials at URA have neither raised alarm or cracked the whip on the dealers and smugglers, yet they continue squeezing taxes out of other traders who deal in salt.

The practice has been going for a long time until our undercover journalists led by Andrew Irumba from www.thespyuganda.com went underground to unearth this cabal which is smuggling Kay Salt into Uganda, while colluding with officials at URA and UNBS.

This is because tax evasion by individuals, corporations, and trusts is not only illegal but also misrepresents the true economic state of the country to the tax authorities, reduces their tax liability and includes dishonest tax reporting, such as declaring less income, profits, NSSF, PAYE, etc instead of the amounts actually earned.

Besides that, local dealers in salt who promptly pay taxes are complaining to the URA about unfair competition and argue that ever since Kay Salt infiltrated the market,  their sales have since declined by over 60%, yet URA officials have done nothing about this impasse.

After getting equipped with all this intelligence, undercover reporters decided to consult sources at the Kenya-Uganda border both  at Busia and Malaba, who arranged an investigative tour in different Ugandan markets,   who revealed how the salt is smuggled from Kenya, through the porous borders until it reaches wholesale stores within Kampala, which then distribute it to the rest of the country.

How Kay Salt Is Smuggled

According to our investigative reporters, it was discovered that by the time Ugandan salt dealers raised the complaint, Krystalline Salt Limited, who are also the manufacturers of Habari salt, had already earned billions of Uganda shillings through smuggling salt into Uganda. This is because the investigators realized that several stores in Kampala are filled to capacity with un-taxed Kenyan salt branded with ‘For Sale In Kenya only, which is vivid evidence that it reaches Uganda through smuggling channels, yet URA, UNBS and other stakeholders have never raised any alarm about it.

The reporters visited St. Balikudembe (Owino market) in Mengo Kisenyi, Kampala, where they found several wholesale stores stocked with several batches of Krystalline Salt, although the traders couldn’t explain why it is marked ‘Only For Sale In Kenya’, yet they were selling it in Kampala!

During the interaction with traders in St. Balikuddembe market, the reporters were alerted that the salt was being smuggled into Uganda via Uganda’s borders in Busia and Malaba. 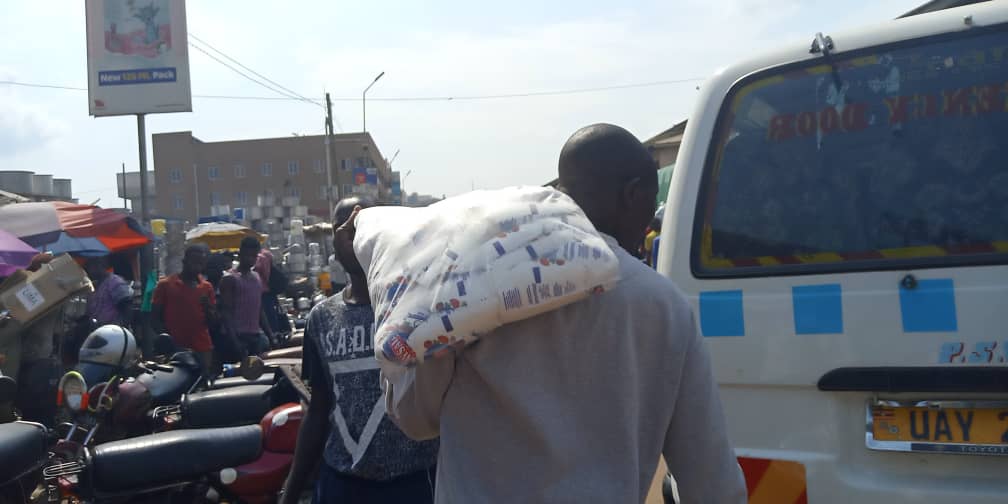 A trader in Kisenyi Market, Kampala with a sachet of Kay Salt branded ‘For Sale In Only Kenya’

The reporters traveled to the mentioned borders, where they interacted with more traders, who told them, on condition of anonymity, that Kay Salt is smuggled into Uganda in different ways.

“It’s smuggled through ‘panya routes’ (shortcuts) by bicycle riders in small quantities so as not to raise eyebrows, although they make many trips a day until they make huge heaps. Then there’re people with disabilities with wheelchairs who also carry reasonable quantities a day by making several trips, and finally big trucks that directly drive through the borders after drivers bribing their way through.”

The traders added that;  “Yaaah! It is true all of us here at the border sale this salt [holds a packet in his hands]. Since it is smuggled, it makes it cheaper, so…..we are earning more at least, because we buy it cheaply and sale in different packages and quantities.

From Mbale, our investigative reporters drove to Malaba border post to investigate how salt marked ‘For Sale In Kenya Only’ enters Uganda.

It was drama at the Busia border after our investigators landed on another trader who also preferred anonymity, with heavily loaded sacks of Kay Salt, who actually revealed that he is an agent of Krystalline Salt Limited at the Busia border. 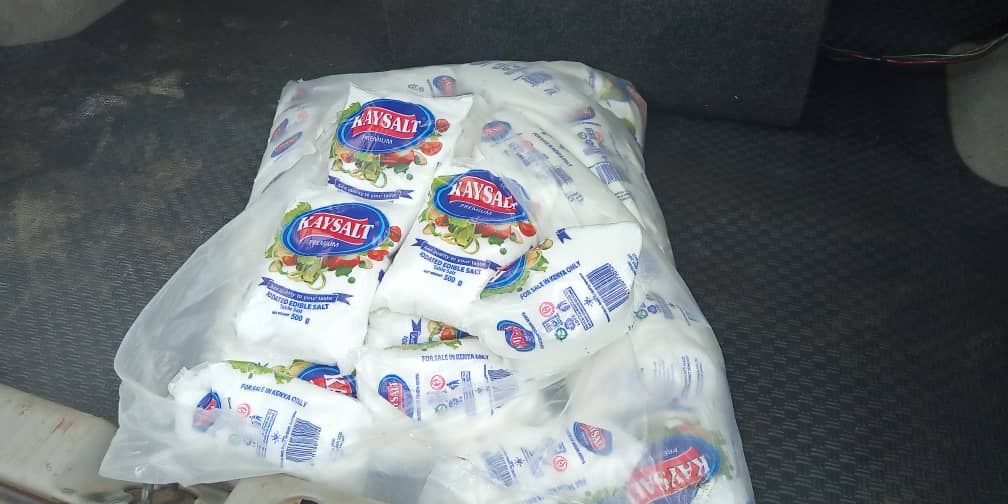 He revealed that the salt is not only smuggled into Uganda but also in Burundi, DR Congo and South Sudan.

This means that Kay Salt is not only breaching URA importing requirements that include: Import declaration, Content particulars, Suppliers invoice, Documented evidence carriage of goods, Customs value declaration, Compliance information, Good release order evidence etc, but also those of other countries around the East African region.

However, efforts by our reporters to get in touch with some of the businessmen dealing in Kay Salt within Kampala were futile since none of them was willing to comment about the matter.