This has been confirmed after landing on an August 4 Letter from the DPP Jane Francis Abodo titled: Prosecution of Bank of Uganda officials to wit Louis Kasekende, Justine Bagyenda and Benedict Sekabira, addressed to a petitioner named Kakuru Sam.

“This is to acknowledge receipt of your complaint in regards to the above [investigation of Kasekende, Bagyenda and Sekabira]. 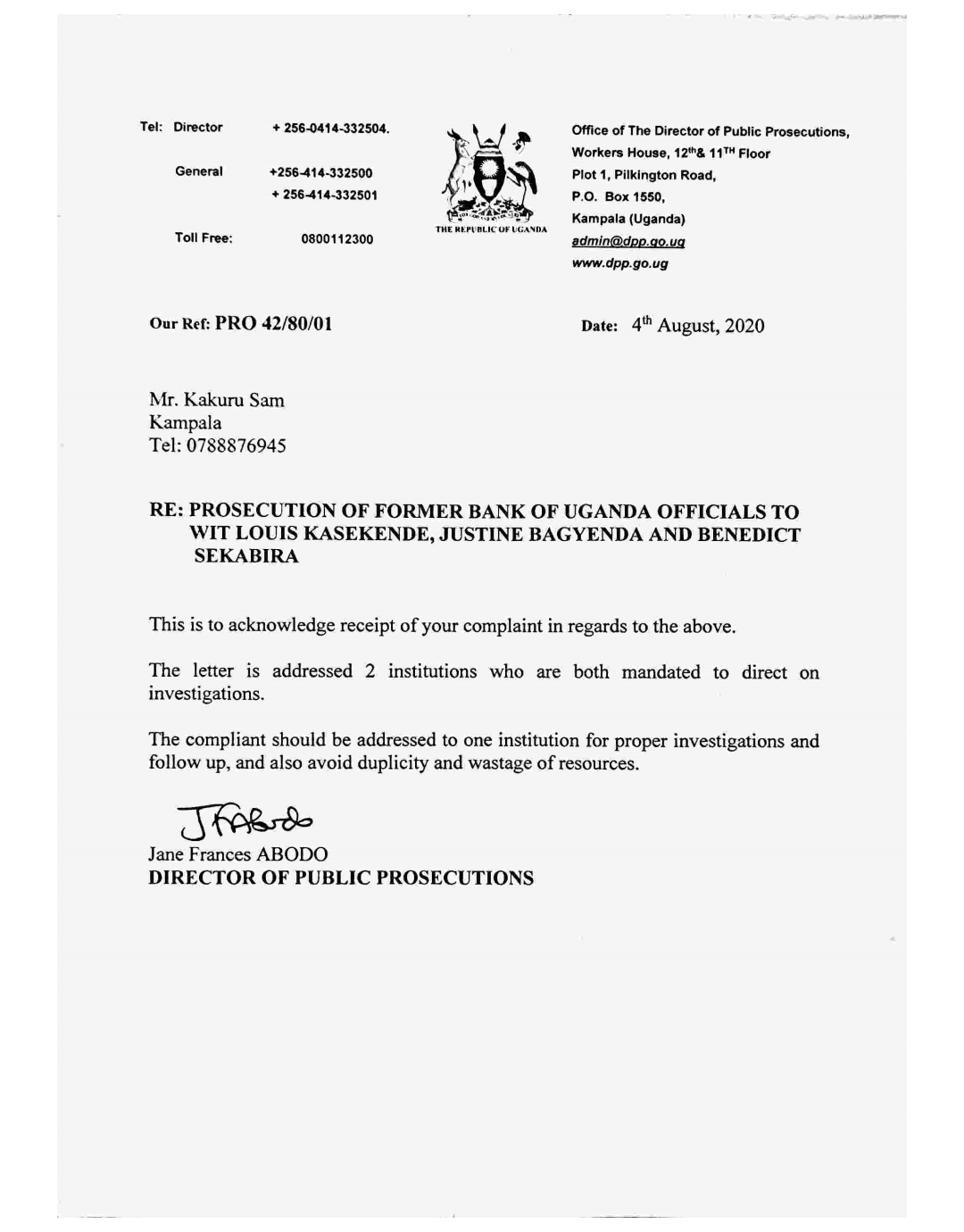 Meanwhile we’ve learnt that Miss Abodo was responding to an earlier letter written by CID in regard to the investigations and prosecution of the three officials.

The decision to prosecute the trio comes after the DPP wrote to the Criminal Investigations and Intelligence Department (CIID) requesting that properties that they irregularly acquired due to the closure of seven commercial banks be attached.