According to the Health Ministry, the deceased is a 65-year-old male resident of Kampala. He passed on at the China- Uganda Friendship Hospital, Naguru.

He becomes the 12th person to die of COVID-19 in Uganda.

Health Ministry added that, the deceased was first admitted at Nsambya Hospital and later transferred to Naguru after he developed signs and symptoms consistent with COVID-19. He later passed on while on admission in the hospital.

“Results from the laboratories confirmed COVID-19,” reads the ministry’s COVID-19 update of samples tested on August 13, 2020.

The ministry also revealed that out of the 4,289 samples tested on Thursday, 32 turned positive.  These include 17 alerts, six truck drivers, six contacts to previously confirmed cases, and three returnees from Kenya and DRC.

This brings the total accumulative case tally to 1,385 cases, out of which 1,142 have recovered. 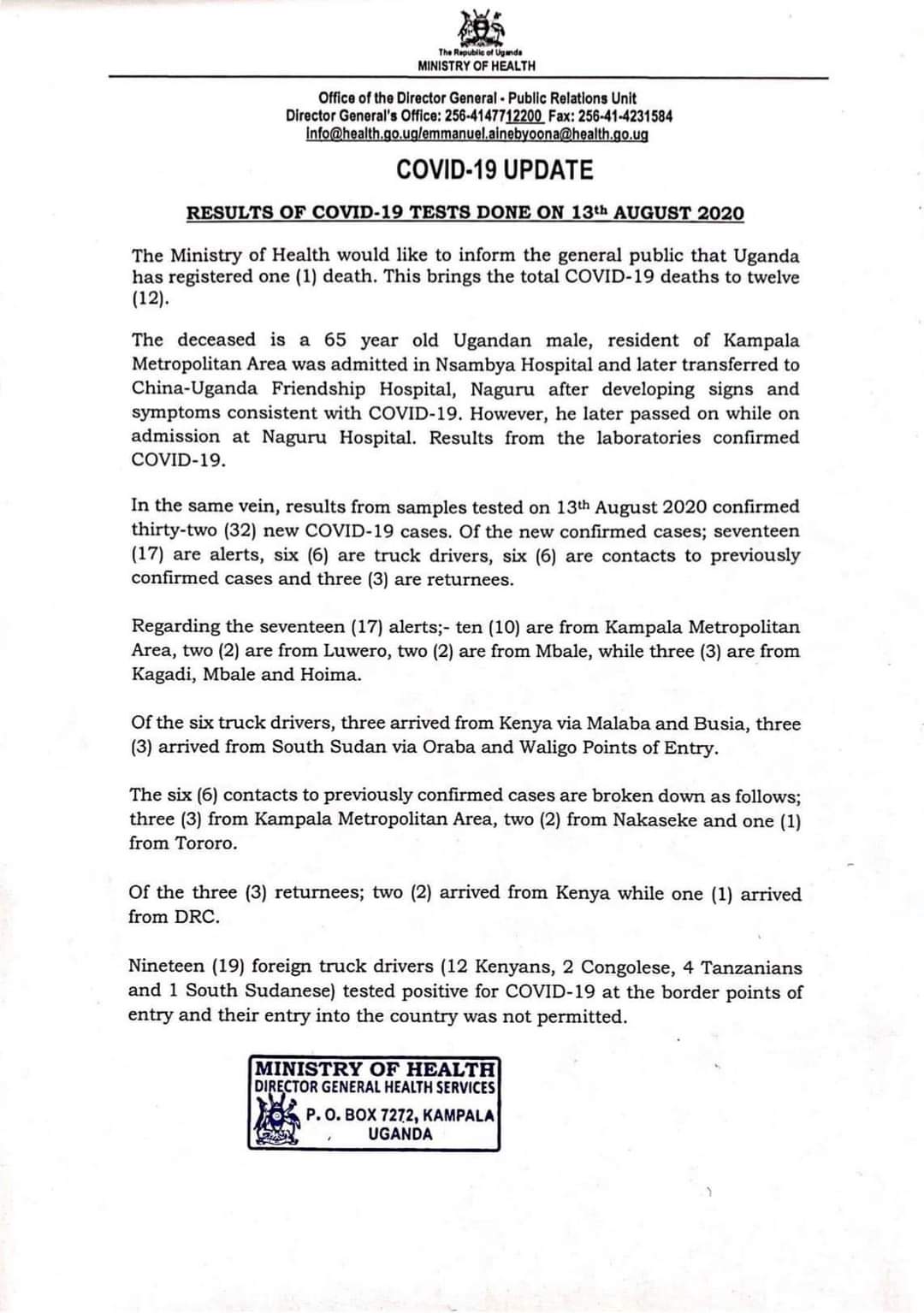 The ministry also revealed that 19 foreign truckers tested positive and were denied entry into the country.

These include 12 Kenyans, two Congolese, four Tanzanians, and one South Sudane