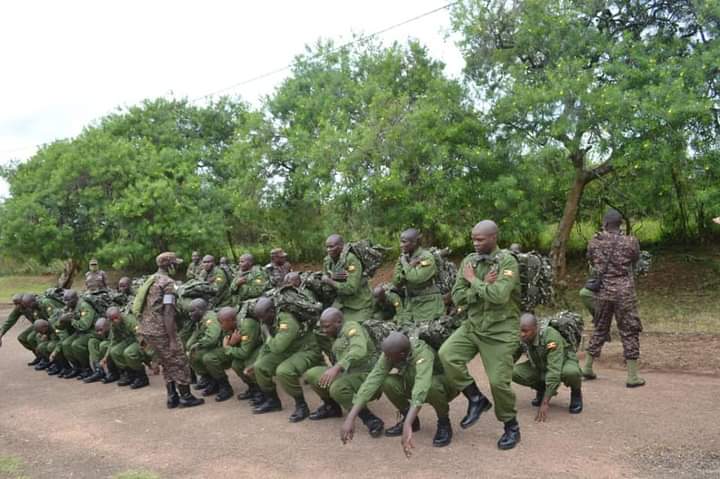 Some of the trainees

Maj Gen Katsigazi who represented the Commander Air Forces, Lt Gen Charles Lutaaya, said the training was overdue because the Air Forces have their own history and uniqueness that require specialized training separate from the Land Forces’ training.

“In the past, UPDF Air Forces personnel used to undergo their Cadet course at Uganda Military Academy which is more of a Land Forces training. Conducting Air Force Cadet is indeed a milestone in UPDF professionalization drive,” he said. The D/CAF added that other UPDF Air Forces Cadets used to do their training out of Uganda. This, he said was costly and therefore building capacity to run the same courses within the country would enable more personnel to be trained per unit cost.

He cautioned the students to be disciplined, focused and live a healthy life in order to fully benefit from the training and later be useful to the UPDF institution.

Speaking at the same function the Commandant of the College, Brig Gen Emmanuel Kazahura, said the course has commenced with 74 Cadets, fourteen of whom are females. He added that the course will cover technical proficiencies as well as leadership among other course contents. “On completion of this course, the trainees will graduate as Pilots, Engineers, and professionals in other aviation fields,” said Brig Gen Kazahura.