With his rich experience, Mr.Kagumire, previously served as Assistant Commissioner Customs Audit and Manager Customs at URA.He has served in the tax body for more than over 17 years with unparalleled clean record.

In the statement from the authority, URA Board of Directors Special Board held a meeting on 26th August, 2020 where Mr Kagumire was among candidates interviewed for the vacant Senior Management positions in the Departments of Customs, Corporate Services and Domestic Taxes. 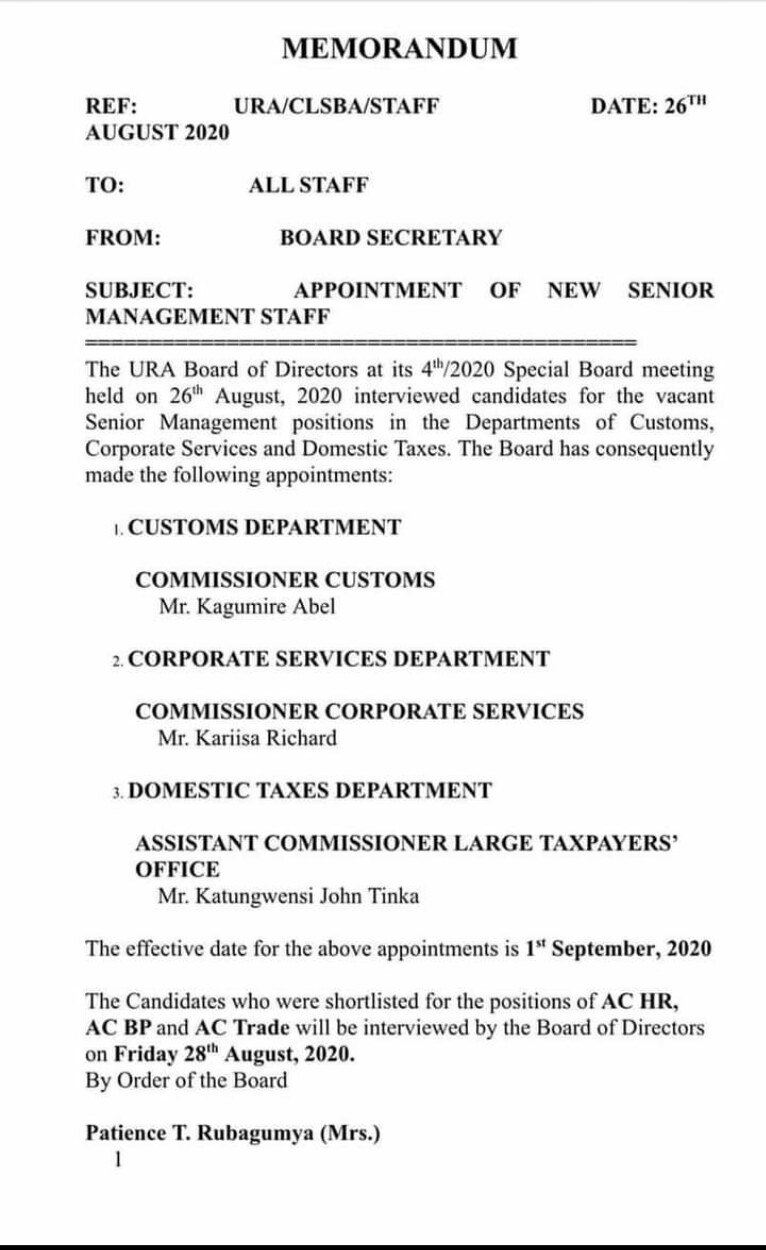