The Uganda Peoples Defence Forces (UPDF) has released a stunning warning to politicians that they are soon losing their military guards in case they don’t refrain from using soldiers in their political activities.

According to UPDF Spokesperson Brig.Gen Flavia Byekwaso, warned that members of parliament who use their escorts for political gains will no longer be tolerated.

“It has come to our notice that many members of Parliament across the political divide who were given military escorts for their security in the wake of armed criminality last year have started misusing these soldiers in the current political season,” reads part of the UPDF message.

Hon. Byekwaso further stated that UPDF military guards should not be misused by their masters in current political fever because their role is provide security and safeguard their principals. 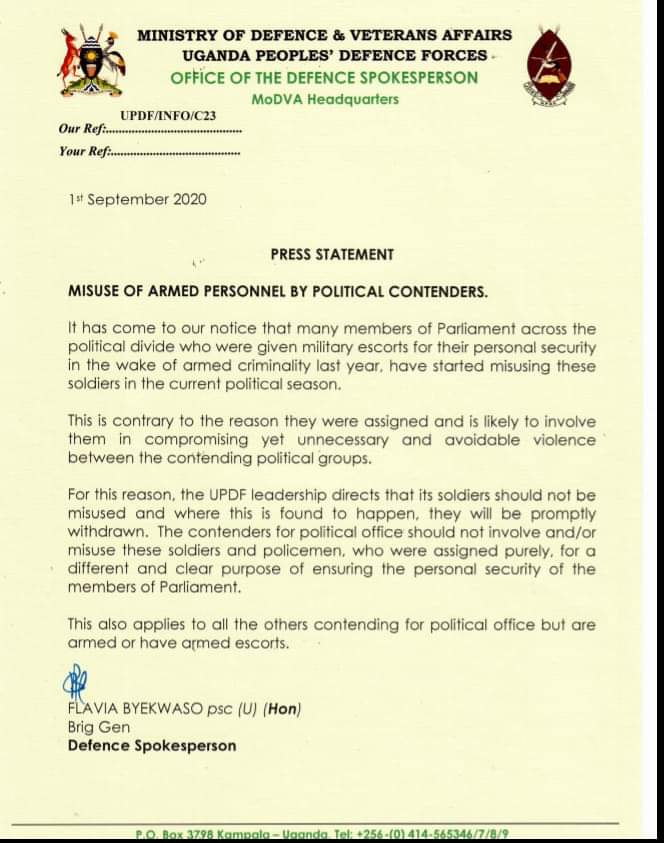