Lawyer Mabirizi said that if the Resident State Attorney (RSA) to take over the case, should have only made an application to court with the good reasons because the court must exercise its independent powers enshrined in Article 128(1) and (2) of the Constitution to decide the matter.

Her worship Kitimbo issued an order basing indicated that article 120 (3) c of the Constitution of Uganda and Section 43 (1) of the Magistrates Court Act Cap.16 the Office of the Directorate of Public Prosecution (ODPP) was taking over and would continue to conduct the criminal proceedings in this case.

She directed Mabirizi who is the main complainant to furnish the Office Director of Public prosecution with all reasonable information, assistance, and to furnish any documents or other matters in his possession or under his control.

In retaliation, Mabirizi stated that the Prosecution had failed to unearth Kyagulanyi’s age fraud for 20 years and ought to leave handle his case to the end. 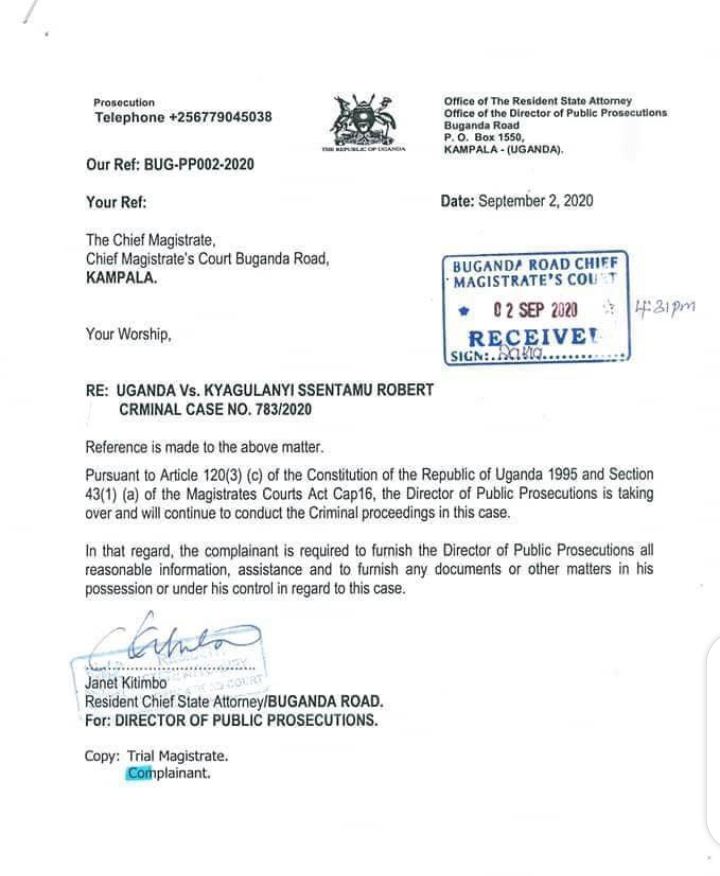 Previous ArticleCentral Motor Club to Hold AGM On Saturday
Next Article Museveni: I am a Musiita Not Munyarwanda