The Minister of State for Labour Mwesigwa Rukutana has been arrested crossing to Rwanda according to reports.

Rukutana has been arrested by a combined force of SFC, CMI, ISO, ESO and police.

According to various sources, he is to answer charges not limited to attempted murder, treason, aggravated Robbery, espionage and Plundering of Uganda’s resources.

More sad news also indicates that the man who was shot at by Minister Mwesigwa Rukutana has reportedly died.

Rukutana shot this man as he fought agents in the NRM Primaries in Rushenyi county which he lost terribly to former Ntungamo district woman MP Naomi Kabasharira. 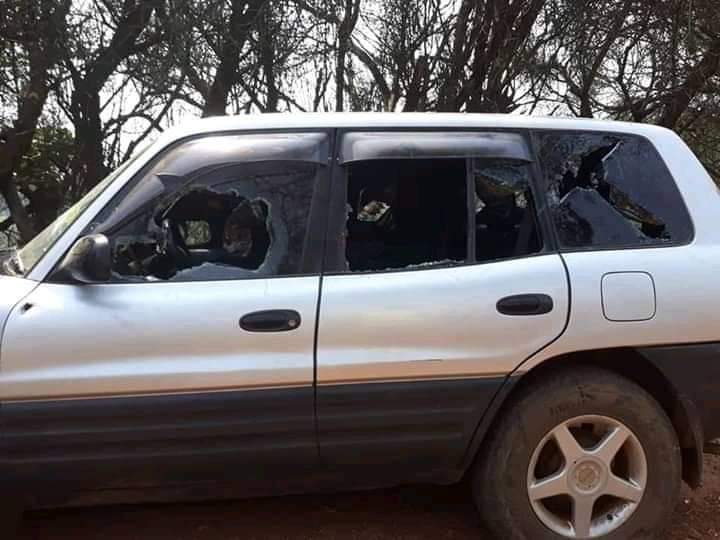 The vehicle was allegedly shot by Min. Rukutana

This is a developing story; we shall keep you posted……