Troubled Equal Opportunities Commission (EOC) boss Sylvia Muwembwa Ntambi, who was recently arrested and arraigned before the Anti-corruption Court with several of her staffers, is reportedly hatching a plot to get off the hook.

Ntambi was netted by the State House Anti-corruption Taskforce headed by Lt. Col. Edith Nakalema last week, after a Whistleblower penned a dossier to President Yoweri Museveni detailing the litany of misdeeds pointing at abuse of office and fraud in which her name was cited several time.

However, our insiders at the Anti-corruption Court in Kololo reveal that she has since embarked on a mission to fix everyone handling the EOC case file, to ensure that the matter is sorted behind the scenes.

Chief on her agenda is to secure a quick bail for her and some of the EOC two managers she was arrested with to avoid being sent to the coolers in Luzira and in order to achieve that, insiders reveal that most of the officials handling the case file are getting their beaks wetted, such that they steer the case away from its intended course.

Indeed, the insiders intimate that so far money to the tune of over Shs4M has already exchanged hands within the corridors of the ACC, in a bid to convince court officials to ‘pour ice’ on the case file.

In the same vein, Ntambi left eyebrows raised on Tuesday after she stormed the Speaker’s chambers fully laden with a heavy backpack, a heavily packed handbag and huge brown envelope, leaving many people who saw her wondering why she was carrying such heavy things, yet at the same time claiming to be sick. 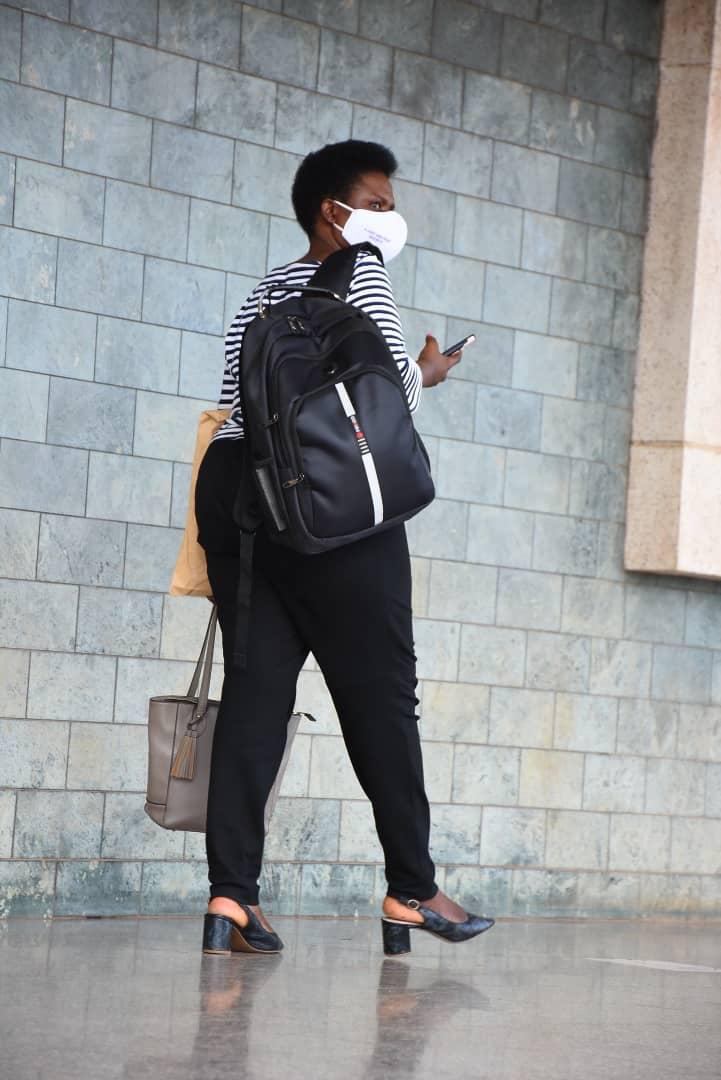 It should be noted that Ntambi is planning to skip court appearance tomorrow Wednesday on grounds that she is sick.

Ntambi was directed to appear before the anti-corruption court tomorrow Wednesday September 30, 2020 at 9:00 am to answer 25 graft charges. She is the accused number 10 on the charge sheet. The 9 others appeared before the same court on 21st September to plead to the charges.

However, sources close to the embattled EOC boss reveals that Ntambi has since come up with medical documents which her lawyers will table before court to deceive that their client is sick and unable to appear in person.

On Tuesday afternoon, Ntambi was spotted at Speaker Rebecca Kadaga’s office at Parliament where she had gone to reportedly seek for protection from the looming prosecution.

Ntambi and nine other employees of the commission face 25 counts of causing financial loss, conspiracy to defraud, embezzlement, corruption, and abuse of office.

Others are Ms Sarah Nassanga, 43, an office attendant and Mr Nicholas Sunday Olwor, 51, an undersecretary.
The chief government prosecutor said Ms Ntambi’s negligence led to gross mismanagement of the commission’s funds between July 2018 and April 2019.

Ms Ntambi, Ms Kamahoro and Mr Mpitsi between January 6, 2019 and April 30, 2019, allegedly conspired to defraud government of more than Shs9m.
Under the charge of abuse of office, Mr Mugabe, Mr Mpitsi and Mr Kwihangana are accused of abusing their authority when they fraudulently processed, requisitioned and approved Shs29m in January last year purportedly for undertaking sensitisation programmes in Karamoja Sub-region whereas not.

In a separate count, Ms Kamahoro, Mr Mpitsi, and Mr Olwor in December 2018, allegedly processed, requisitioned and approved Shs19m purportedly for development of the first and second draft of Equal Opportunities Commission HIV/Aids workplace policy, well-knowing their acts would cause government a financial loss.