Gen. Henry Tumukunde was on Monday, 02 November 2020 cleared by the Electoral Commission to contest for presidency in the 2021 general elections despite his clearance being delayed by over an hour over an a slight anomaly delaying 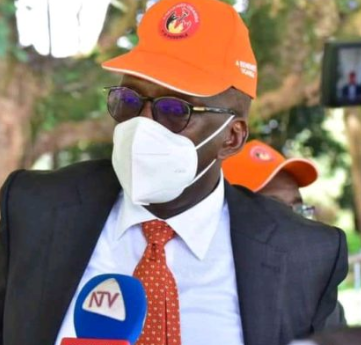 A slight anomaly had been found in Gen Tumukunde’s papers by the Electoral Commission chairman Justice Simon Byabakama and tasked him to take oath to rectify it in time before being duly nominated.

“There is an anomaly in the aspirant (Gen Tumukunde)’s documents, we have advised him to rectify. Fortunately he came right before time and still has one hour,” the EC chairperson Justice Simon Byabakama said Monday, moments after Tumukunde arrived for nomination.

At about 2:20pm, Gen Tumukunde returned to the nomination centre at Kyambogo sports ground after sorting out the anomaly that was earlier pointed out by the EC boss.

After nomination, Gen Tumukunde who was Mr Museveni’s bush war comrade said it was time for Uganda to change leadership.

He pledged to improve on peace and economic growth and development when he becomes President after 2021 general election.

“No country in the world with 45 million people would depend on 600mw of electricity”, Gen Tumukunde said.(pml)