H.E the President of the republic of Uganda and Commander-in-Chief of the Uganda Peoples’ Defence Forces (UPDF) Gen YK Museveni has officiated at the opening of the newly constructed Special Forces Command (SFC) headquarters in Entebbe, Wakiso district.

The president congratulated the SFC Construction Regiment for efficiently using their direct labor to construct military installations all over the country, adding that such ventures omit the exorbitant fees and time wastage from contractors. “Since man power is available from soldiers, you only remain with the cost of buying materials to come up with such big structures,” he said.

The President further encouraged the military to use their own labor when constructing more housing units for soldiers to cater for confidentiality and capacity building. He added that soldiers are supposed to stay together such that in case of an emergency they can collectively rectify the situation.

President Museveni, however, warned people who encroach on army land to desist from the vice, saying responsible authorities should not tolerate such bad conduct.

The Minister of Defence and Veteran Affairs Hon Adolf Mwesige commended the strategic guidance from President Museveni on the issue of building UPDFs capacity to handle its own challenges. He said such achievements(like the SFC headquarters), inspire soldiers and other Government Ministries Departments and Agencies (MDAs) to construct infrastructure using the available resources.

Maj Gen James Birungi, the SFC Commander lauded the support from the UPDF leadership and visionary guidance from the Commander-in-Chief that culminated into the timely completion of the task. He said that teamwork and transparency within the SFC has increased their level of combat training, ideological orientation and infrastructural development. “Infrastructural development is a sign of development and good leadership which leads to socio-economic transformation,” he explained.

The administrative three-leveled SFC headquarter, that occupies 1800 square metres floor area, accommodates 54 fully equipped offices,.a cafeteria section and a board room, among others; was solely constructed by the UPDF Engineers Brigade to build capacity of the military and save costs that would accrue from private constructors.

Other SFC accomplished projects which the President commissioned for the FY 2019/2020 include: a dormitory and gun shades at Kalangalo barracks, shoot house at KTS, tyre house at SKTS for live ammunition and SFC headquarters at 10 Mrn Bn. 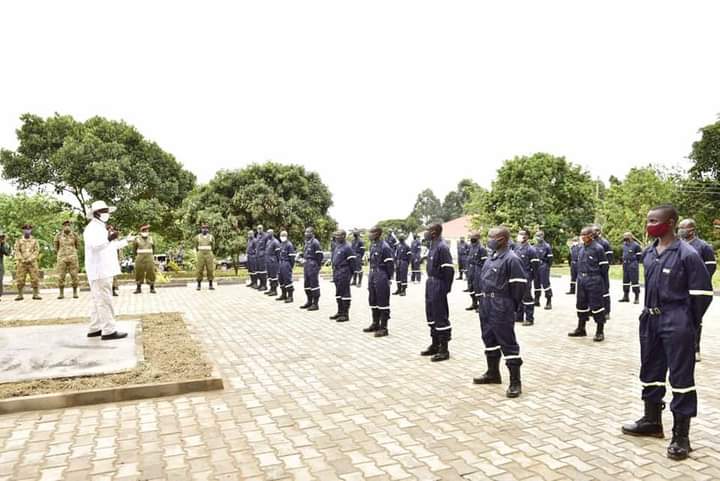 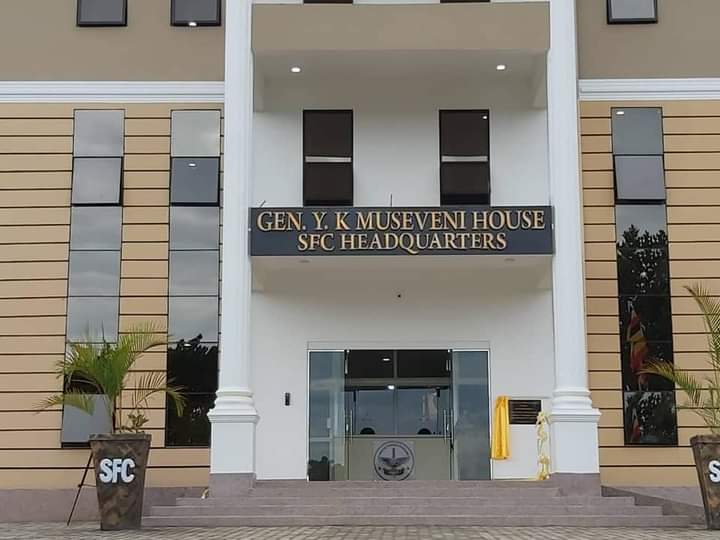