Singer Jennifer Nakajubi aka Full Figure has delivered a bouncing baby boy whom she named “Museveni Kairos Pearl” due to her strong support for President Yoweri Kaguta Museveni.

Full figure dropped a tot on Monday afternoon in one of Kampala hospitals.

It rumored that the father of the baby is the driver who drives her around in the vehicle which was given to her by the government.

While appearing on NBS TV KURT show with Tuff B and Anko Owen, Kaiyz spilled the beans about how the singer-cum-presidential advisor is heavy and how she conceived the baby in the vehicle offered to her by NRM party due to her good mobilization skills.

In the recent past, Full Figure was involved in a heated battle with events promoter Bajjo Events after she accused him of being the father of one of her kids and child neglect.

Jolly Full figure posted on her Facebook applauding all those who prayed for her to have a safe delivery. 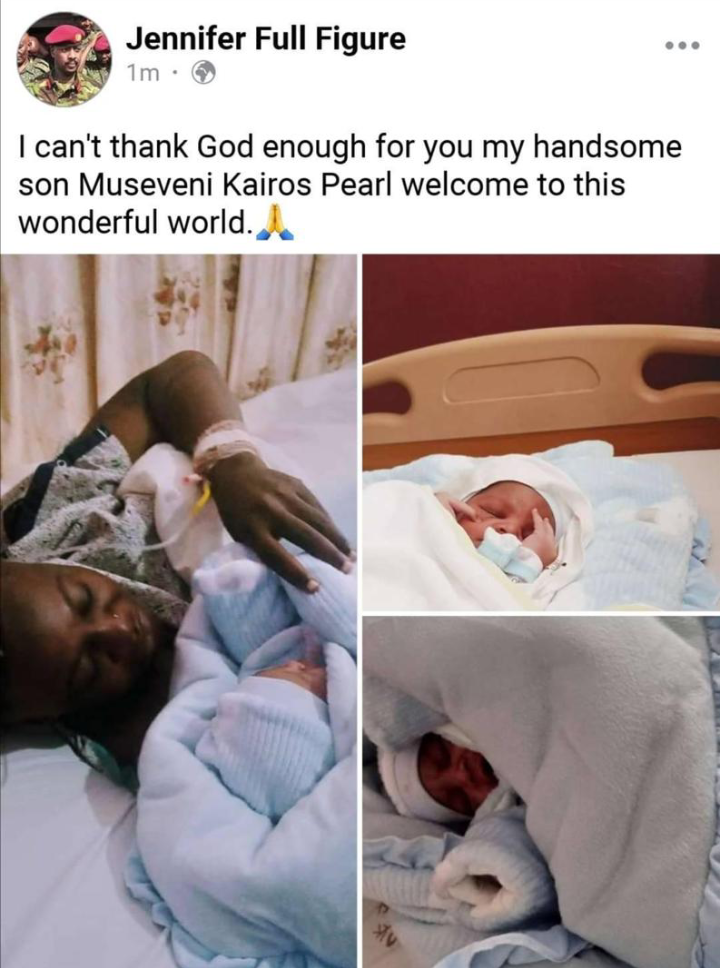