Ruparelia Foundation and Sanyu FM has donated scholastic materials to one of the vulnerable children homes in Luzira, Kampala as one way of touching their lives and giving back to the community.

The donations are in line with the marking of the international World AIDS Day commemorated December 1 every year since 1988. This years theme is, “Ending the HIV/AIDS Epidemic: Resilience and Impact”

The donation were held at UCARE international a nonprofit charity organization which provides food, housing, clothing, medical care and education to 120 children aged 3-15 years old who are all orphans primarily as a result of HIV/AIDS in Luzira. 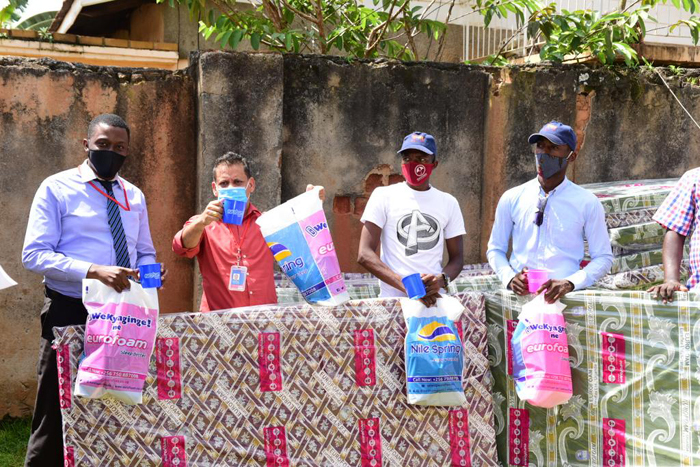 Among the materials donated include 120 mattresses, cups, and 3000 reusable Pads for girls, plates among others.

Gareth Onyango who represented the Ruparelia Foundation said that the donation is a sign of restoring hope, joy and happiness to the vulnerable children who are the victims of HIV/ADS.

Chris Ireland, Gareth Onyango and Roger Mugisha waving at some of the children at UCARE charity home

He noted that as the world begins to pick up the pieces and rebuild a strong future amidst the COVID 19 pandemic, children like those under the care of UCARE international need love, compassion and support necessary to continue their own development in their formative years.

“We wish to continue the vision of the Ruparelia Foundation which is to create a positive and transformative change in the community on a simple belief that we can achieve a lot when we work together,” Said Onyango. 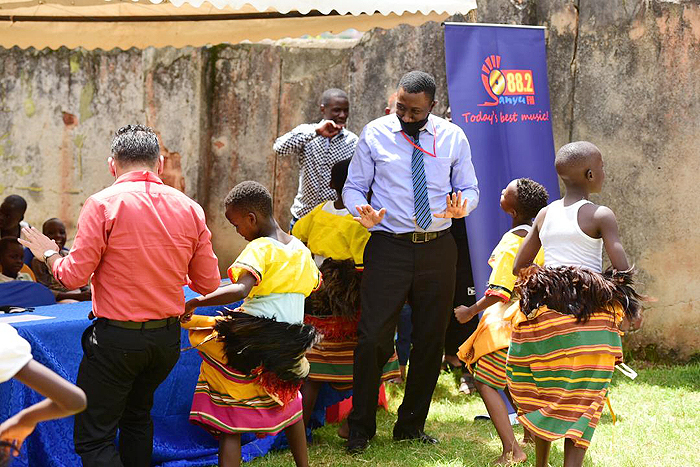 Chris and Mugisha dancing with the children

Onyango also advised people to go and test their blood in order to know their HIV/AIDS status such that they know how to live their life.

Doreen Kabarebe a city fashion model who said UCARE international is her home explained that 70% of the children are HIV/AIDS positive and most of them are orphans.

Doreen Kabarebe holding one of the vulnerable children

She thanked Ruparelia Foundation for showing love to these children saying that such vulnerable children need love from people which gives them hope for tomorrow.

Kabarebe also noted that being HIV’AIDS positive does not mean the end of life adding that its ones responsibility to take drugs in order to continue living.

Felistar doing what she does best on the mic

She further urged those who are HIV/AIDS negative to continue protecting themselves from the virus and called upon children to abstain from sex.

The over excited children were then treated to live performance from their fellow young star Felistar Di Super Star amidst ululations.