The exercise that was conducted on Rwenzori mountain saw soldiers climb to its peak, Margherita. 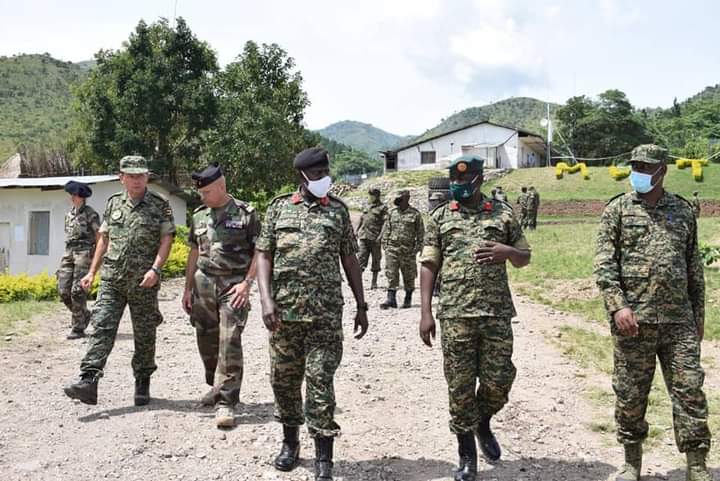 Col Ogwal marching with some of French army officials

While welcoming back the troops from the exercise at Mountain Warfare Training school (MWTS) in Karugutu, the mountain division second in command Col Chris Ogwal congratulated troops upon successfully completing the hectic exercise.

He said, “UPDF has built capacity in mountain warfare to deter any attacks on Uganda from the mountainous Rwenzori, Elgon and Kigezi regions, so this knowledge is vital to participants.”
He thanked the French government for the good collaboration and said they are always welcome for more of such exercises.

The Commandant of MWTS, Col Dothan Kavuma said this exercise was meant to develop more skills and capacity of troops, and the terrain was favourable. “With these skills, troops will be able to operate in mountains”, Col Kavuma said.