Trending
HomeUgandaAndrew Baba: Tracing The Origins Of Busoga Kingdom As The Institution Celebrates 82 Years Of Existence

Jinja: On Thursday, February 11, 2021, Busoga Kingdom made 82 years as a cultural institution. Celebrated annually as Kyabazinga Day since 1995 when Busoga Kingdom was restored, this is the day when the 11 Chiefdoms of Busoga agreed to unite and form a kingdom under one single leader, Isebantu Kyabazinga.

The commemoration of the day this year comes with a lot of significant memories and an opportunity to embrace unity of the Kingdom amidst the tense political season aftermath and the COVID-19 pandemic.

However, oral tradition and Intangible Cultural Heritage (ICH) have it that in the 16th Century is when the first seed of Busoga Kingdom was sown by Prince Mukama Namutukula of the royal Babiito family of Bunyoro Kingdom.

Prince Namutukula had traveled eastwards across Lake Kyoga as part of Bunyoro Kingdom’s expansionist policy. He traveled with his wife Nawudo and landed at Iyingo, which is in the present-day Kamuli District. While here, he engaged himself in blacksmithing, making shoes, iron utensils and spears. The couple gave birth to several children but only 5 boys survived.

History goes on to document that when the Prince returned to Bunyoro, he allocated areas in Busoga where he had influence to his sons as overseers. His first-born Zibondo was given Bulamogi, Ngobi given Kigulu, Tabingwa given Luuka, Nkono given Bukono, and the last-born Kitimbo given Bugabula. These areas were to become major administrative and cultural centers of authority in Busoga Kingdom.

Time passed and it seemed unlikely that Prince Namutukula would return. The 5 sons regarded themselves as the legitimate leaders of these territories, given their royal background. They continued to preside over their respective territories and employed administrative and cultural rituals as those of Bunyoro-Kitara. This status quo continued until the late 1800s when the colonialists persuaded the Chiefs of Busoga into some form of federation. This federation resulted into a regional Busoga council called Busoga Lukiiko in 1894. The Busoga Lukiiko had its headquarters at Bukaleba, in current-day Mayuge, before they were moved to Iganga (Kigulu) and later Bugembe in Jinja (Butembe).

The first head of the Busoga Lukiiko was Governor Sir William Grant. However, Grant had issues communicating with the chiefs. The British appointed a Muganda, Semei Kakungulu as the President of the Busoga Lukiiko in 1906. He became Busoga’s first leader, although they refused to give him the title of ‘King’, as they did not regard him as a real king.

Although it was called a ‘Kingdom’, it remained debatable whether Busoga could really be classified as such. Prior to 1906, the Basoga were organized in semi-autonomous chiefdoms, partly under the influence of Bunyoro initially, and then later on, under the partial influence of Buganda.

Under Semei Kakungulu, wrangles arose between the chiefs and the Lukiiko collapsed. The structure had however given the Basoga a taste of what influence they could muster in the protectorate if they had a King. It would elevate them to the level of Bunyoro and Buganda.

In 1919, the title of Isebantu Kyabazinga was created and the hereditary Chiefs of Busoga resolved, in the new Busoga Lukiiko to elect Ezekiel Tenywa Wako as president of Busoga. At first the title of the leader of the group was referred to as “Chairman”, which later changed to “President”. Then the chiefs coined the title to Isebantu Kyabazinga, translated as “father who unites us. 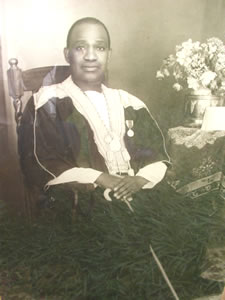 In 1925, Ezekiel Tenywa Wako became a member of Uganda Kings Council that comprised the Isebantu Kyabazinga, Kabaka, Omukama of Bunyoro, Omukama of Toro, and Omugabe of Ankole.

On February 11, 1939, Owekitiibwa Ezekiel Tenywa Wako, the father of Henry Wako Muloki and the Zibondo of Bulamogi was installed as the first Isebantu Kyabazinga, a title he continued to hold until 1949 when he retired due to old age. The Busoga Lukiiko then resolved that the Kyabazinga shall always be elected among the five lineages of Baise Ngobi (Ababiito) hereditary rulers, who are the 5 sons of Prince Mukama Namutukula of Bunyoro Kingdom. The 5 Chiefs are Zibondo of Bulamogi, Gabula of Bugabula, Ngobi of Kigulu, Tabingwa of Luuka, Nkono of Bukono.

This method of election was adopted and used beginning in 1949 when Owekitiibwa Chief William Wilberforce Nadiope Kadhumbula of Bugabula was elected Isebantu Kyabazinga wa Busoga for two terms of three years each, 1949 to 1955, followed by Owekitiibwa Henry Wako Muloki OBE who also served from 1955 to 1967.

In 1967, the then President Apollo Milton Obote abolished monarchies and the Kyabazinga was dethroned; Muloki lost both his traditional title and kingdom. Busoga Kingdom, just like all the other Kingdoms in Uganda, went on without a leader for a long period, a period of uncertainty for the Kingdom and its people.

Following years of disturbance under Obote and Idi Amin, as well as several years of internal divisions among the ruling National Resistance Movement under Yoweri Museveni, Busoga Kingdom was officially restored and Isebantu Kyabazinga Henry Wako Muloki regained his title and crown on February 11, 1995.

Muloki led Busoga Kingdom until his death at 87 years, on September 1, 2008. On October 31, 2008, Edward Columbus Wambuzi Zibondo XIII was declared the winner of an election which was immediately challenged by Chief Fred Menhya Kakaire. On July 7, 2009, 8 months after his election, Columbus was coronated at Bugembe at a ceremony that was attended by Central Government officials.

Although Menhya’s challenge was unsuccessful, Prince Wambuzi was conspicuously never recognized by the government. This created an 8-year vacuum until Saturday, 13 September 2014, when William Wilberforce Kadhumbula Gabula Nadiope IV was crowned the 4th Isebantu Kyabazinga. 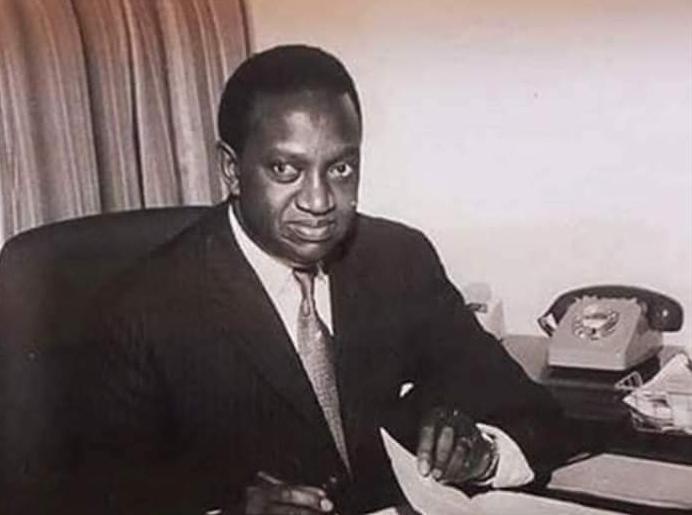 HRH Henry Waako Muloki during his time in Office. (RIP)

Muloki was the third Isebantu Kyabazinga and reigned until September 1, 2008 when he succumbed to cancer at Mulago Hospital Cancer Institute in Kampala, Uganda. At 87 years of age, Muloki was the oldest surviving traditional ruler in Uganda at the time of his death and was also the first Kyabazinga to die in office.

He was survived by his four daughters, his four sons including Edward Columbus Wambuzi Zibondo XIII, and his wife Inhebantu Alice Muloki who died on November 6, 2005, aged 75 years. One of the sons, Captain Daudi Muloki has since passed on.

In a condolence message, President Yoweri Kaguta Museveni described Muloki as “a great cultural leader and father” who was “generous and kind”. The President noted that since his reinstallation, Muloki was a unifying factor and a strong pillar in Busoga, who had strengthened the Kingdom.

“The Government has had the privilege of working with Isebantu Muloki in developing our nation. Uganda mourns not only one of her esteemed traditional leaders but a national who put development and the welfare of the people of Busoga at the helm of his reign,” said Museveni.

Muloki’s achievements included programs for the youths, the elderly, the poor, and education of girls.

It was during his first reign, in 1957, when the title Inhebantu was introduced as a description of the wife of the Isebantu. This symbolized the gradual unification of Busoga and the evolution of Obwa Kyabazinga bwa Busoga.

For his education, Isebantu Muloki attended Budo Junior School from 1927, where he excelled in English. In 1941 and 1942, he served as Head Prefect of the school and some of the Prefects under him included Sir Edward Mutesa and George Wilberforce Kakoma. Muloki later joined Makerere College in 1943 to 1946 and did a Diploma in Agriculture. At Makerere College, he excelled in cricket and also served as President of the Students’ Guild.

After Makerere College, Muloki was posted to Serere Agricultural Research Station where he excelled in Crop and Diary Farming, later to Entebbe at the Ministry of Agriculture, and then to Busoga District as an Assistant Agricultural Officer.

The Golden Age of Busoga

According to many historians, Muloki’s first regime (1955 – 1962) was referred to as the ‘Golden Age of Busoga’. His cabinet had three highly educated members; Yeseri Kazungu Mulondo (Secretary General), Yekonia B. Walukamba (Secretary for Agriculture and Forestry), and J. B. Lubandi (Treasurer). Together, the team championed numerous socioeconomic development programs in the Kingdom.

This, in a nutshell, created more confidence among the Basoga and gave them hopes for a better political and economic future. It was also on this background that Busoga asked and was granted semi-federal government on Independence Day. This partly explains why Muloki’s reign was extended until Obote abolished Kingdoms.

Busoga Kingdom at 82 Years, What Lies Ahead?

So much for coming this far and as one of the recognized cultural institutions, Busoga Kingdom will thrive on three key elements, focused and invested leadership, unity of its people, and economic independence.