The ceremony was presided over by the Managing Director, National Enterprise Corporation Lt Gen James Mugira. 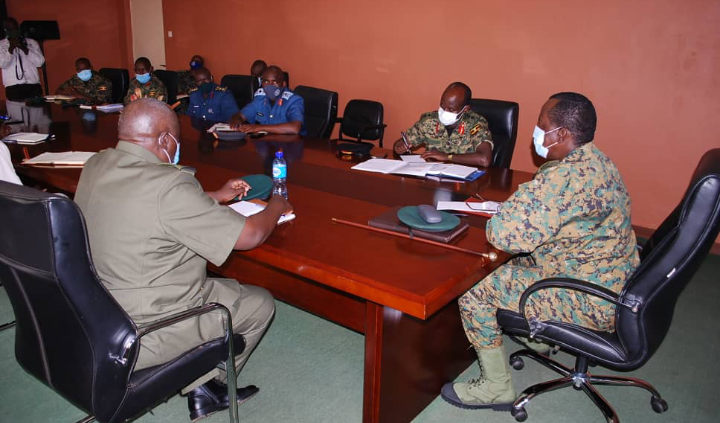 Gen James Mugira congratulated Brig Butuuro upon successfully completing his tour of duty. He seized the same opportunity to welcome Maj Gen Sabiiti Muzeeyi to Luwero Industries and congratulated him for catching the eye of the Command in Chief and being identified as a fit and proper person to head the only defence industry in the country adding that it shows the trust and confidence the Commander in Chief has in him.

Gen Mugira informed the senior officers that Hand/Takeover is a process not an end in itself and that it was a form of accountability of what one would have achieved since assuming office.

Gen Mugira emphasised the role of science and technology in country’s development and observed that no country can develop without Industries and specifically defence Industries . 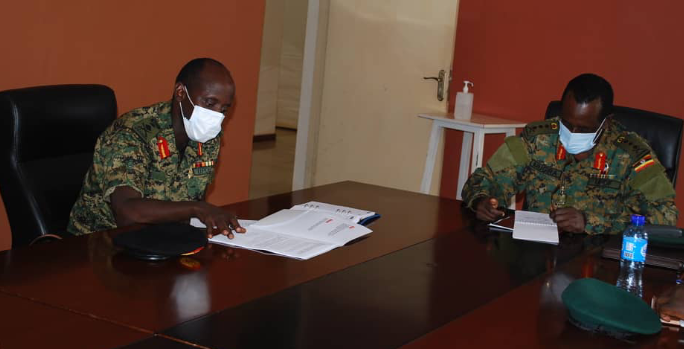 On his part, Gen Sabiiti, who until recently was the Deputy Inspector of Police, welcomed the appointment and informed the MD NEC that he was privileged to be part of Luwero Industries’ Vision and Mission.
He thanked Gen Mugira for the great leadership he has provided so far and pledged to be a team player.

Present were senior members of staff from Luwero Industries and Nakasongola Military Cantonment.