Trending
HomeNewsCrimePolice Hunt For Suspects Behind Anti-M7 Swearing In Leaflets

The leaflets are currently, being circulated on Facebook, Twitter and WhatsApp groups have inscriptions “Time is Now. Join Nationwide protests to fight for our victory.M7 Tajja Kulayira” literally meaning that President elect Yoweri Kaguta Museveni will not be sworn in for the 6th term in office.

The organisers are calling up Ugandans who feel aggrieved to begin massive riots and demonstrations on Tuesday 9th, around Kampala capital city and surrounding areas.

However,Deputy Kampala Metropolitan Police Spokesperson,Luke Owoyesigyire requested the public to remain calm because the issue has already been taken up by joint security forces.

“We have received information from credible sources that a section of opposition politicians are planning nationwide violent demonstrations and riots beginning with Kampala Metropolitan area tomorrow (9/3/2021).
The organisers of these illegal demonstrations are mobilising the public using social media and leaflets.
We have deployed strategically to counter these illegal acts and we are continuing with vigilance”, he said.

Owoyesigyire also asked the public solicit information that may help police arrest those behind the dropping of the anonymous leaflets. 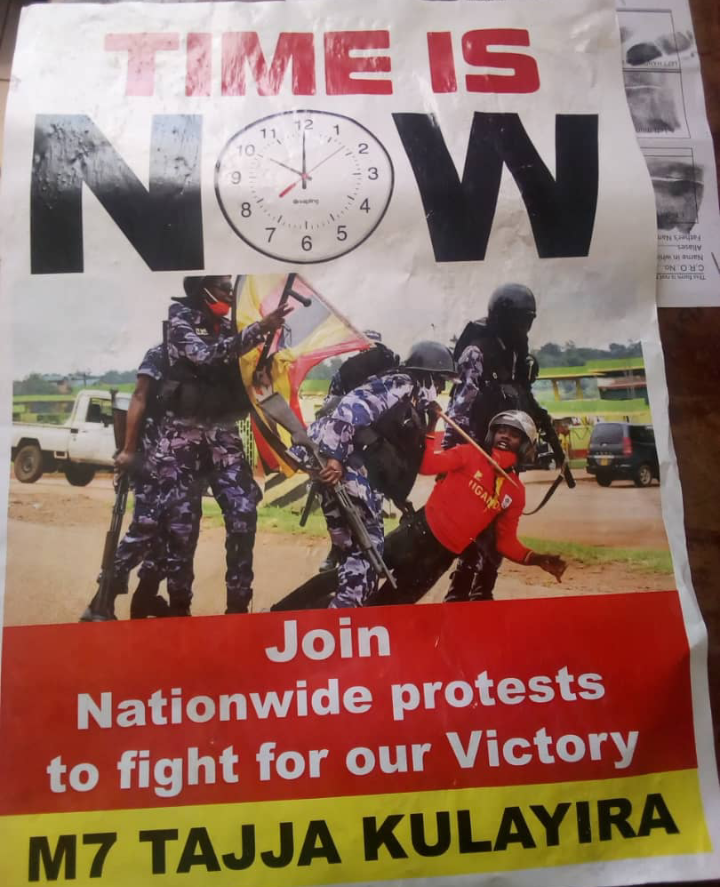