Recently, Uganda reached to the finals of U20 Total CAF African Cup of Nations.

The team had several players that are in S.4 that were meant to sit their final exams which began on march 1st.
The ministry of education didn’t halt exams to wait for the young lads or set for another set of examinations. 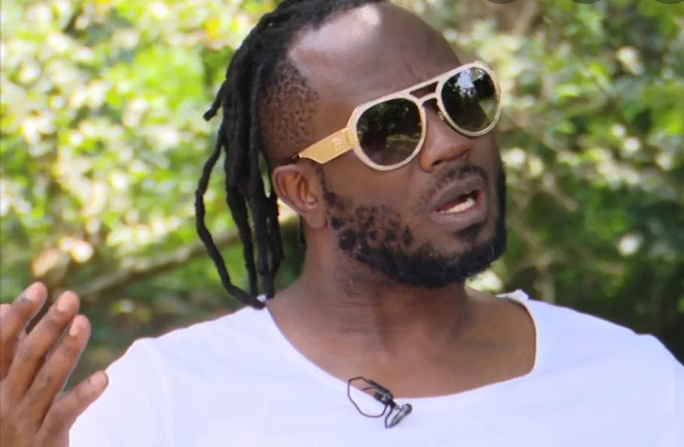 BebeCool’s disappointment comes at the backdrop of son Alpha Ssali missing this year’s UCE examinations as he represented the country in the U20 AFCON championship.

He implored the Ministry of Education and sports to discuss with parents and find an immediate solution for children who missed the exams when they were on a national duty.

Below here is Bebe’s full statement;

Really big disappointment with the Uganda government and the Ministry of Education and Sports in particular on how they have handled the issue of missing Senior Four (S4) final exams by the young talented football players who have been/are on continental duty with the U-20 and U-17 Uganda National teams.
It’s unfortunate that this government has never had plans to support each and every educated person by giving them a job after their tertiary education. So I believe the youths who push thier talents to turn them into a lifetime career/self-employment would be seen as an advantage, hence supported at all costs.Ten years ago, my son (who represented Uganda at the just concluded U-20 continental championship), my wife and I sat down and agreed that he (my boy, Alpha) would be a football player.

As parents, we agreed to support him in his football journey.

And the journey begun at Proline Football Club with coach Mujib Kasule, and sometimes supported by Edgar Watson at Edgar’s Football Academy. We then saw that the biggest problem of our Ugandan players was to drop out of school for soccer. Therefore, we designed a programme for the boy that his education was to support his talent. He would be involved in both co-currently.

We also noticed that most footballers come from poor families hence they drop out of school to focus on the little pay they earn to sustain thier families, yet football careers end by 38 years for most players.

Football in Uganda collects so many youths mainly those who can’t go to school and also many who drop out.I would have expected government to by now have found a way to work with these young people and find a way to support their education programs without interfering with their blossoming sporting careers, to see that they achieve a required level of education that can sustain them after their careers and also help them know how to invest the little money they make during thier careers.

Parents struggle to pay school fees for these kids, the kids dreams are to be professional players, to represent their country and win for their clubs, this making their nation’s pround.

How could you have thought they could choose exams over representing their flag?

And after representing their flag, can’t their flag (country) support them by organising special exams so that their parents don’t pay an extra year of fees. And ofcourse the time wasted.

This will happen over and over again in netball, cricket, athletics, basketball and many other sports.I therefore wish to express my disappointment and disamy that my son Alpha Thierry Ssali and other boys (7 altogether) who represented Uganda will not be sitting their final S.4 exams.To say I’m hugely disappointed is an understatement.

I call upon the Minister of Education to review this issue urgently.Call the parents of the involved children and forge a way forward so that next time this happens, there’s a sort of programme to support national team players and by this our players won’t lose out on education.

For God and My Country.