According to legal documents purportedly drawn by Nangwala and Rezida Advocates, the three fraudsters identified as Quillino Bamwine, Ronald Ndyareeba and Sam Mubiru forged signatures of property mogul Dr. Sudhir Ruparelia to acquire $60,480,000 (sixty million, four hundred and eighty thousand dollars only) from money lenders for the purchase of the property disguising as Meera Investments Ltd, a subsidiary of Ruparelia Group.

“In consideration of The Agents discharging their obligations as set upon them by the Principal as hereinabove indicated, the former shall be entitled to $1,209,600 (one million two hundred nine thousand six hundred united states dollars only) or the equivalent of 2 per cent of any other agreed purchase price,” the document read in part.

The three presented the document to money lenders as “proof” of being able to service the loan as the document indicated they were to earn $1.2m off the deal. 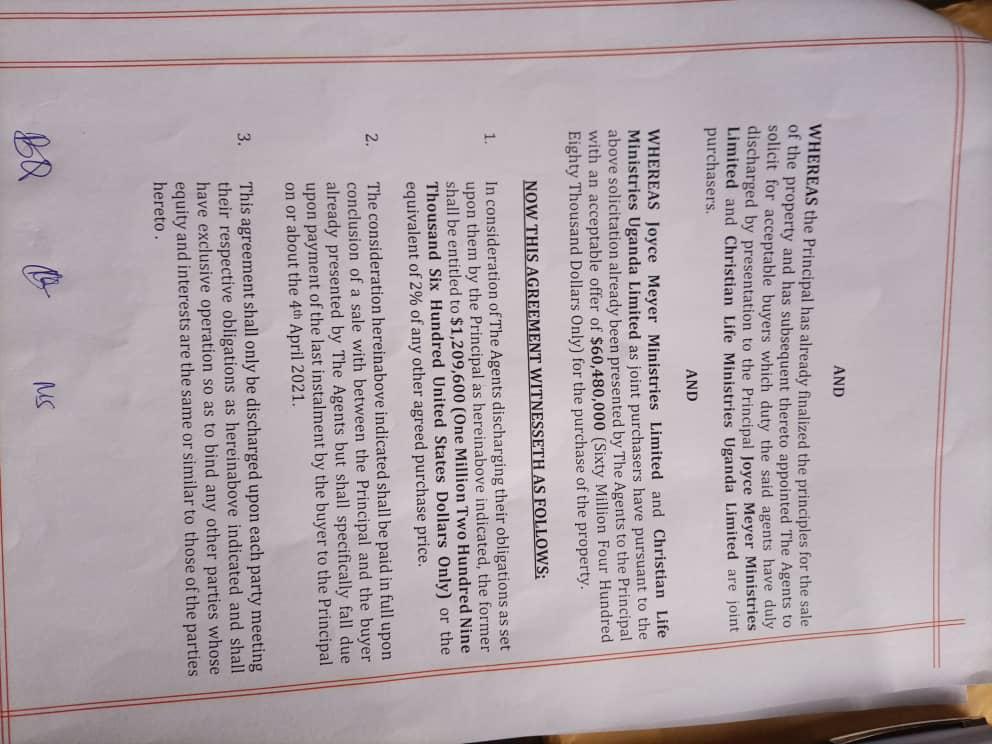 When reached for comment on the developments, Sudhir said, “This is a false transaction. They forged my signature to say they are getting usd 1 m in commision and went to money lender to borrow money against this forged agreement.” Tycoon Sudhir said.

The law firm also distanced themselves from the document.

“They put our address of 10 years ago and couldn’t spell the name Rezida  well and added things on the stamp that aren’t there.” On the false document, Rezida’s name was mispelt as Reziba.