It was all grief and tears as Brenda Nantongo Wamala, the slain daughter of Gen Katumba Edward Katumba Wamala was laid to rest at the family’s ancestral home in Kikandwa, Kasawo in Mukono district.

The outgoing Works Minister and former army chief Gen. Katumba and his daughter were attacked by unknown assassins on Tuesday and shot at the Minister’s SUV several times killing his daughter and the driver. The General survived the assassination with two gunshot injuries.

According to close family members, Brendah had just travelled back from the U.S after completing her studies. They described her as “a decent and bright young woman who had a great future ahead of her.” 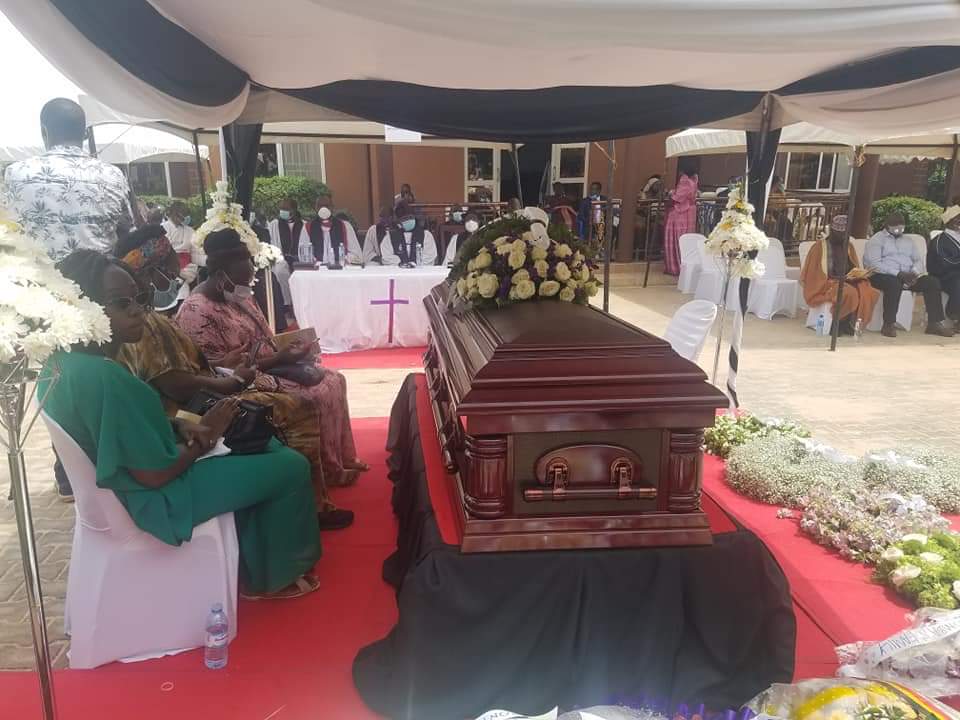 Narrating the ordeal to mourners yesterday, Gen Katumba said the attackers were shooting from Brenda’s side not his, something he said “maybe was God’s plan” for his daughter to protect him.

“Sadly, I don’t know if it was God’s plan that my daughter should protect me, but the attackers were shooting from her side not my mine,” he added.

“They fired so many bullets. When I realized that it was bullets, I fell into the seat.  Brenda then suddenly screamed “Jesus!” and collapsed on me. That’s when I realized she had been hit,” the former Chief of Defence Forces (CDF) recounted.

Gen Katumba was discharged on Wednesday afternoon from Medipal Hospital to attend a prayer service for her deceased daughter.

MPs and other dignitaries from government made it to Kikandwa for the burial ceremony including; Mukono MP Betty Nambooze, Hon Francis Zake, Defense Minister Adolf Mwesige and former Trade Minister Amelia Kyambadde.

In his eulogy, Bishop Balagadde asked the Army to promote Katumba’s body guard who, according to the General’s recount, got out of the car and started shooting at the assailants, got him off the scene and hid him somewhere safe.

It is understood that Brenda was working at the department of HIV counselling at Bombo barracks.

Buried in a wedding gown

Brenda Nantongo was buried in a sleevless, round neck wedding gown, a cream satin make embellished with white pearls.

According to Brenda’s mother, Mrs. Catherine Katumba, this was so because the former looked forward to a wedding.

Mrs Wamala said she decided that her daughter had to wear a gown even if she is dead.

“Let her wear the gown in a coffin, let us throw this wedding as her last celebration,” the grieving mother said.