Like in many other countries, Uganda is madly in love with football and follow it religiously. Many love to go to stadiums to watch their favorite players in action. And for Uganda, you can’t talk about watching local football and you don’t mention Nakivubo War Memorial Stadium. The iconic stadium is in the thick of Ugandan football.

Tycoon Hamis Kiggundu popularly known as Ham the proprietor of Ham Enterprises Ltd has delivered an update on the construction project of the Nakivubo War Memorial stadium hinting at a completion date and when it will be opened for use.

Nakivubo construction gained momentum after Ham doubled efforts to see the project completed, which he had projected to be ready for reopening by the end of 2021 but along the way, the project was hit by various setbacks such as Covid-19 and construction budget increase partly due to their pursuit to end more flooding at the stadium which was a major case before renovation.

“Its an expensive venture because its built on a wetland, we have had to strengthen the foundation and drain the area to divert the water from Nakivubo Channel,” Tycoon Ham said.

Meanwhile, the new photos reveal visible progress done on the stands of the stadium with an impression that this will be one of Uganda’s most decorated stadiums after completion.

When completed, Nakivubo War Memorial Stadium (NWMS) will give a new facelift to the country’s sports sector. The redevelopment of this stadium comes on the heels of continuous demand for better sports facilities. 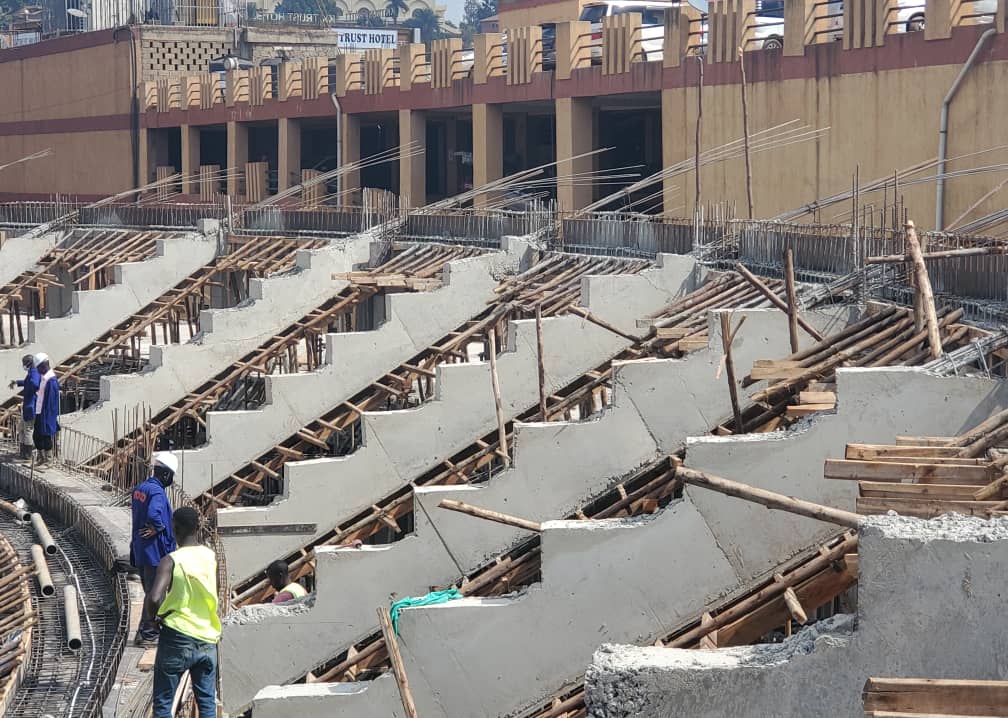 The Construction works spear-headed by Roko will put in place a state of the art Stadium on an acreage of about 13 acres with a seating capacity of 34,500, modern athletic tracks, netball, basketball, volley ball and other indoor games, offices for rent, hotels, conference facilities, board room, Sport souvenir shops, Shopping mall, multi-level parking of about 10,000 cars among others.

The historical stadium was demolished on 28th February 2017. It was opened on April 1926 and undergone formidable renovations in 1954 and 2013.

“From a realistic and reasonable point of view, this is not just a stadium but a legacy and clear illustration to all Ugandans that if Uganda is to develop it’s our responsibility as Ugandans to develop our motherland and yes we can,” says Tycoon Hamis Kiggundu the developer.

More Photos about the progress are here below; 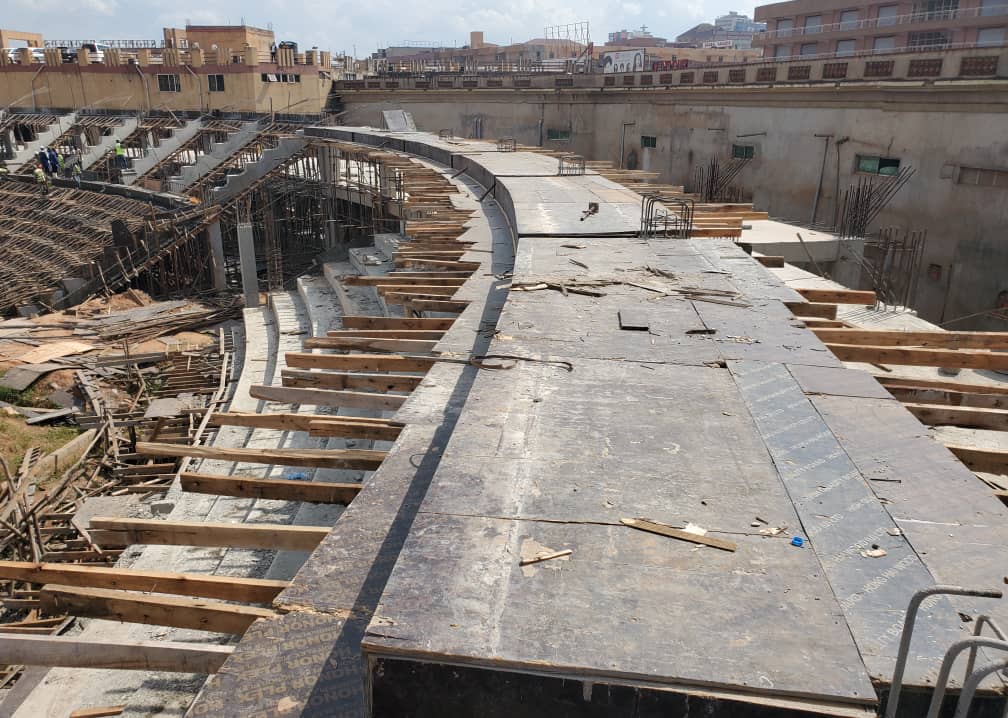 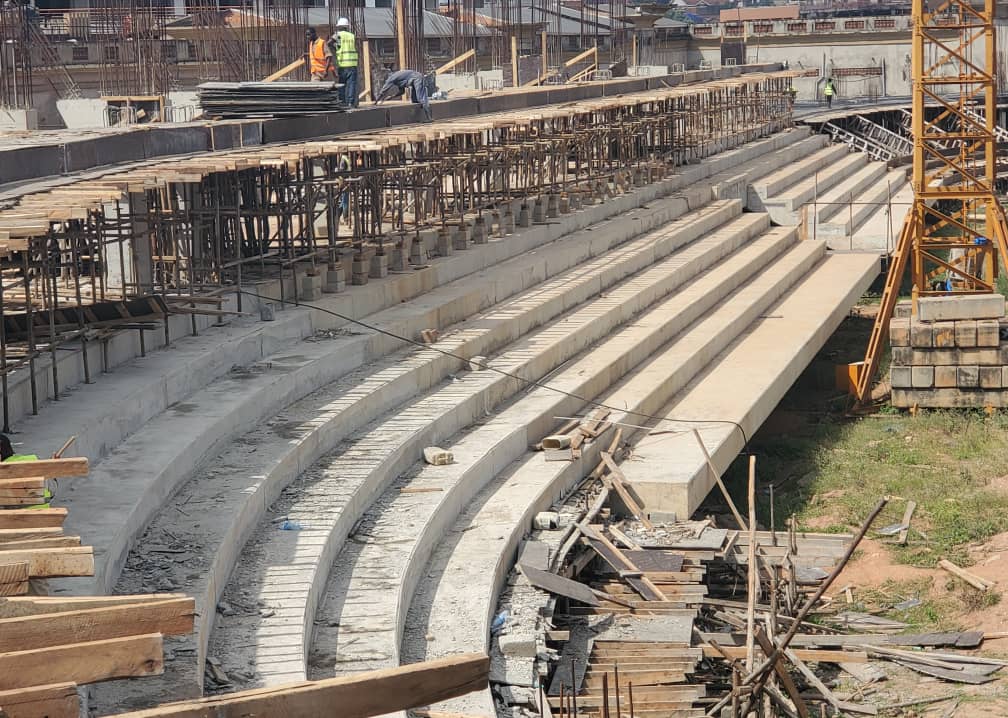 Nakivubo Stadium was developed in 1926 on land donated by the Kabaka of Buganda at the time. It hosted its first match on 1 April 1926 between the Uganda National Team and the Under-18 National team of Uganda. It owned by the Government of Uganda and is operated by the Board of Trustees known as the “Registered Trustees of Nakivubo War Memorial Stadium”, appointed by the Minister of Sports.

The stadium was improved and modernized in 1954 by the British colonial government to commemorate the lives of Ugandans killed during the Second World War following the passage of the “Nakivubo War Memorial Act” by the Parliament of Uganda.

In 2000, the stadium hosted a match of the Uganda national football team with all players wearing a FC Internazionale Milano jersey. They were fined for that.

In May 2011 the stadium was shut down by Uganda Revenue Authority as a result of failure to remit taxes, but re-opened after only a week following negotiation of the payment plan with the board.

The stadium was also closed by the Uganda Revenue Authority in early 2013 for a period of about one month, over “accumulated debts.” It was re-opened after payment arrangements had been agreed upon.

The stadium was reopened and hosted the third round, second leg of the CAF U-17 Championship, a game between Uganda and Zambia, on 27 September 2014.

In 2017, major renovations began at the stadium, involving improvement to the grounds, increasing seating from 30,000 to 35,000 and the construction of retail shops inside the outside walls of the facility. The renovations are a joint venture between he government of Uganda and Ham Enterprises.