The recent mishap in the on-line Banking software have raised more questions than answers regarding the true ownership of the banking software.

The banks especially Stanbic and dfcu experienced issues in the agency/mobile banking whereby those who had taken loans using their mobile banking app and paid using the same platform found themselves maintained as debtors due to failure by the platform to make reconciliations.

In other instances, Bank agents retained the money and could not transfer it through the system to the right bank customers.

In its statement dated September 1, 2021, Stanbic Bank Uganda acknowledged this error and threatened to legally take on bank agents who had failed to remit the money. 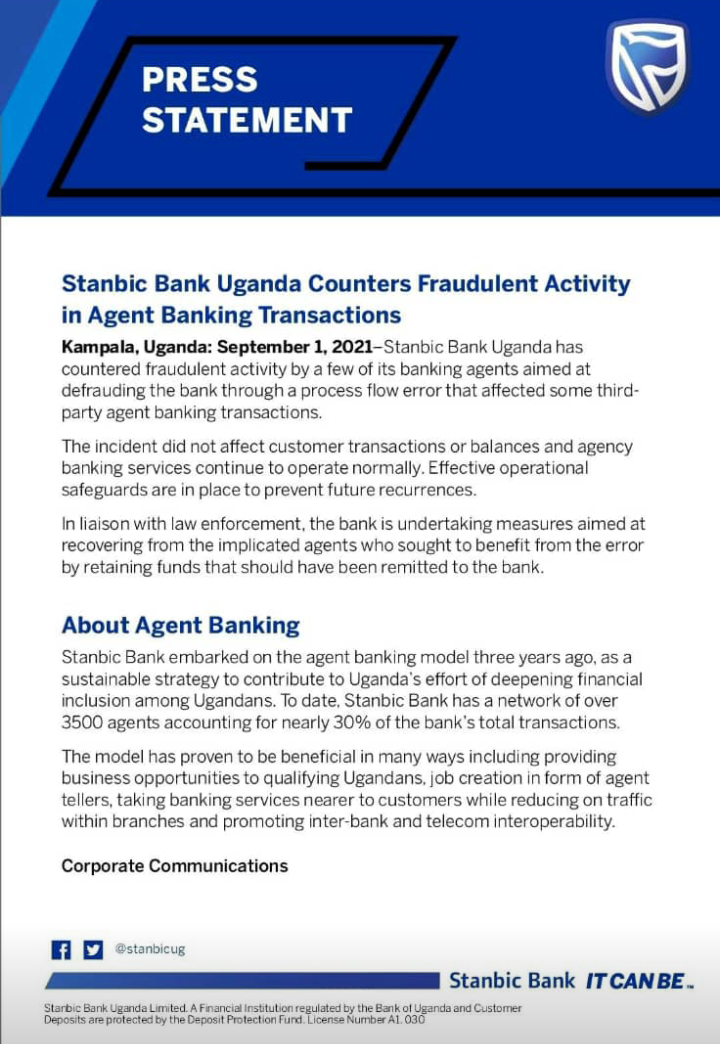 “Stanbic Bank Uganda has countered fraudulent activity by a few of its banking agents aimed at defrauding the bank through a process flow error that affected some third-party agent banking transactions,” reads in part the statement issued on September 1, 2021.

“In liaison with law enforcement, the bank is undertaking measures aimed at recovering from the implicated agents who sought to benefit from the error by retaining funds that should have been remitted to the bank,” the statement adds.

Stanibic bank is one of the 12 banks that were sued in 2012 over copyright infringement by the developers of an online banking software in Uganda called POS-Banking.

Though most of the banks have tended to downplay the loss and the cause of the lapses in the platform, sources close to the innovators reveal that the banks are destined for more inconvenience and loss if they do not work towards mending ties with the innovators.

It is said the lapses arose from an underutilization of some of the key components of the software which the banks are not aware of and the developers have vowed not to disclose to them until they come to table. 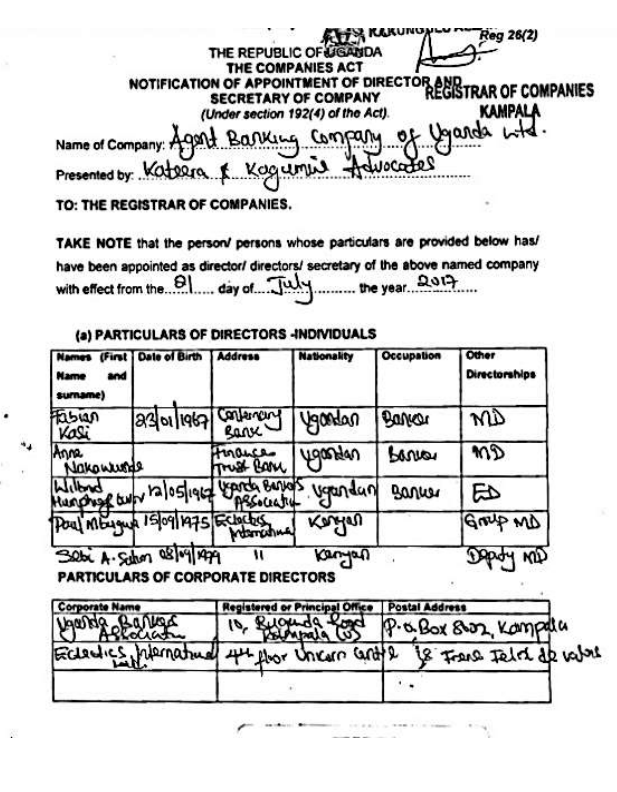 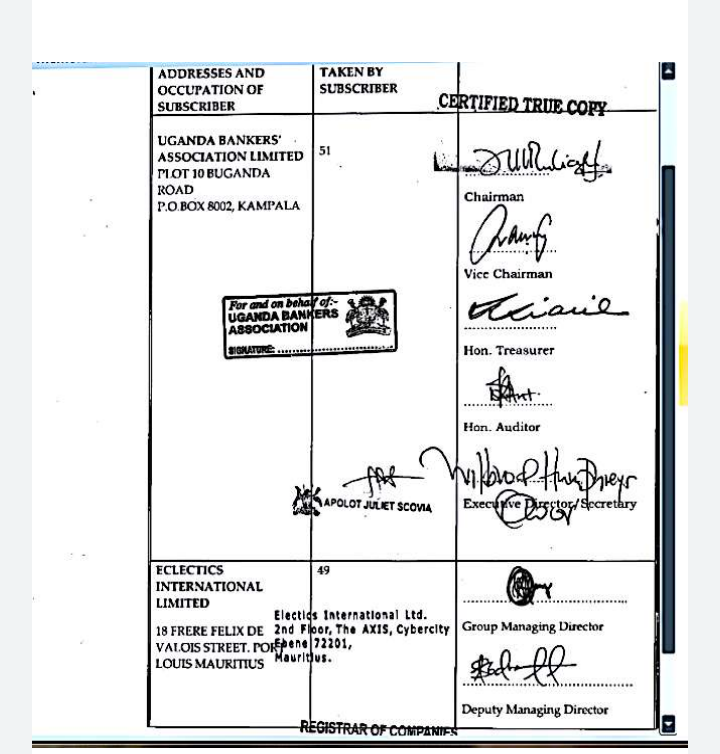 The court battle, already existing in the High Court Commercial Division, has the developers of Pos Banking; Nicholas Lugonjo and Henry Owarwo Mugumya accusing 12 banks namely; Centenary, DFCU, Finance Trust, Barclays currently ABSA Uganda, Bank of Africa, Kenya Commercial Bank, Post Bank, Housing Finance, Stanbic, Exim, Diamond Trust and Equity Banks in Uganda of copyright infringement and unjust enrichment. They are also seeking an order for all monies gained from the use of the software to be accounted for and remitted to them.

The developers claim the copyright was registered by Lugonjo and was issued with a certificate of registration No. 13 of 2012 on May 9, 2012. In 2013, Lugonjo approached the banks with the hope of interesting them in the software as an innovative way of developing the banking sector for profit.

The Banks insisted that he disclose to them all the nitty-gritty pertaining to his innovation which he obligingly did with hope that once they pick interest they will partner with him in the implementation and pass on loyalties to him.

To both Lugonjo and Owarwo’s shock, after receiving all the details of the software, the banks turned them away and all the requests for subsequent meetings were turned down.

“The plaintiffs came to learn that the defendants had conspired and began to lobby for the inclusion of Agent Banking in Uganda’s banking industry which was subsequently provided for through the Financial Institutions (Agency Banking) Regulations 2017,” the two innovators allege in their plaint before Justice Jean Rwakakoko.

The two claim to have suffered great inconvenience, immense loss and costs to the progress of their innovation as well as business for which they are entitled to general damages.

It is said that after securing the Agency Banking regulation in 2017 three top Bank Managers convinced the leadership of their Uganda Bankers’ Association to form a company that would manage online/agency banking in Uganda.

They then entered into agreement with Eclectics International Limited a Company registered in Mauritius to partner with the Ugandan Agent Banking Company of Uganda Ltd to run the online banking business.

Records from the Company Registry show that the owners of Agent Banking Company of Uganda Ltd are; Centenary Bank MD Fabian Kasi, Anne Nakawunde of Finance Trust Bank, and Wilbroad Humphrey of Uganda Bankers Association. The others are Paul Mbugwa and Sebi A. Sultan, both Kenyans and managers Eclectics International Limited registered in Mauritius.

It is common knowledge that Mauritius is one of the leading tax havens in the world which exercises high secrecy in regard to tax compliance issues of companies registered there.

We sought to interrogate the benefits the banks could gain from their Managing Directors being directors in a Company offering them online/agent banking services and how they benefit from their MDs relation with the Mauritian Company so as to rule out Conflict of Interest issues but details of the agreement between the banks and their MDs in relation to the pertaining issues could not be easily ascertained by press time.

Ahmed Ssenjako, a lawyer with specialty tax compliance said any person in banking or revenue collection will raise a red flag the moment he lands on a company registered in Mauritius and other offshore countries like Cyprus, Estonia and Gibraltar among others.

“If indeed Agent Banking Company of Uganda Ltd is doing genuine business and has nothing to hide, why would they of all companies partner with a Company from a known tax haven?” he wondered.

It is estimated that most banks have a minimum of 2000 agents countrywide and the value of transactions through the agent banking system is in trillions of shillings so with the tides against the banks for a technology whose ownership is being challenged, the predictability of the future of this fast-growing banking business becomes uncertain.

A source in the banking sector told us last night that since the lapses in the online/agent banking platforms of different banks manifested, the above Bank Managers have become jittery about this issue to the extent that some no longer pick calls after the banks mounted pressure on them to atone for the loss they have so far caused.

Efforts to contact Mr. Kasi of Centenary bank and other w MDs were fruitless as their known phone numbers could not go through by press time.