An Aeroplane belonging to Rwanda Air has this morning veered off the runway as it was landing at Entebbe International Airport.

According to the statement issued by the Uganda Civil Aviation Authority, the incident happened at 5:31 am as a Rwanda Air CRJ 9 aircraft, flight number 464, skidded off the runway.
The CAA says the veering off was caused by bad weather.

According to the Aviation authorities, all the passengers were deplaned safely.

“The second (alternate) runway, 12/30, is operational for small and light aircraft. All efforts are underway to remove the aircraft from the runway strip so that the main runway can return to full use, “reads the statement in part. 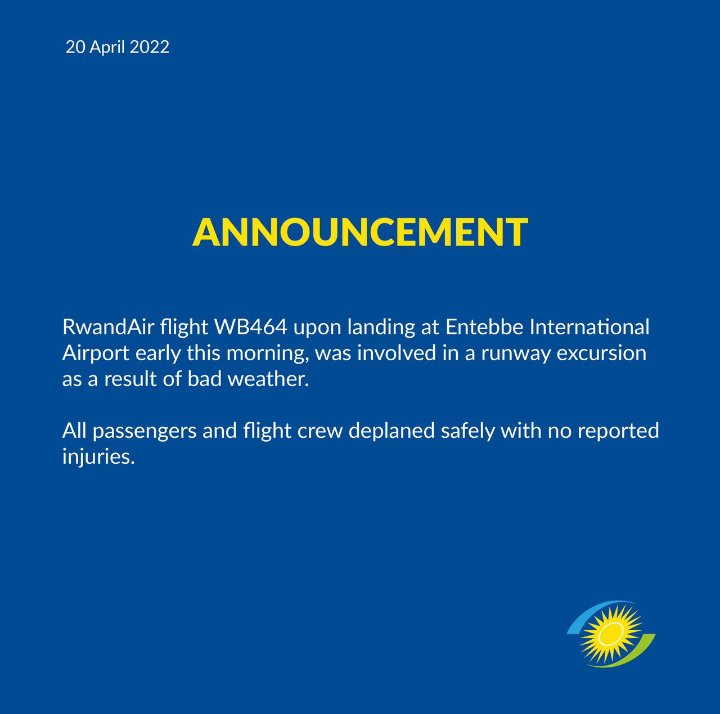