The Ministry of Defence and Veteran Affairs/UPDF documentation and sensitization exercise for Batch 12 retirement and discharge was today conducted at Special Forces Command (SFC) Headquarters in Entebbe. 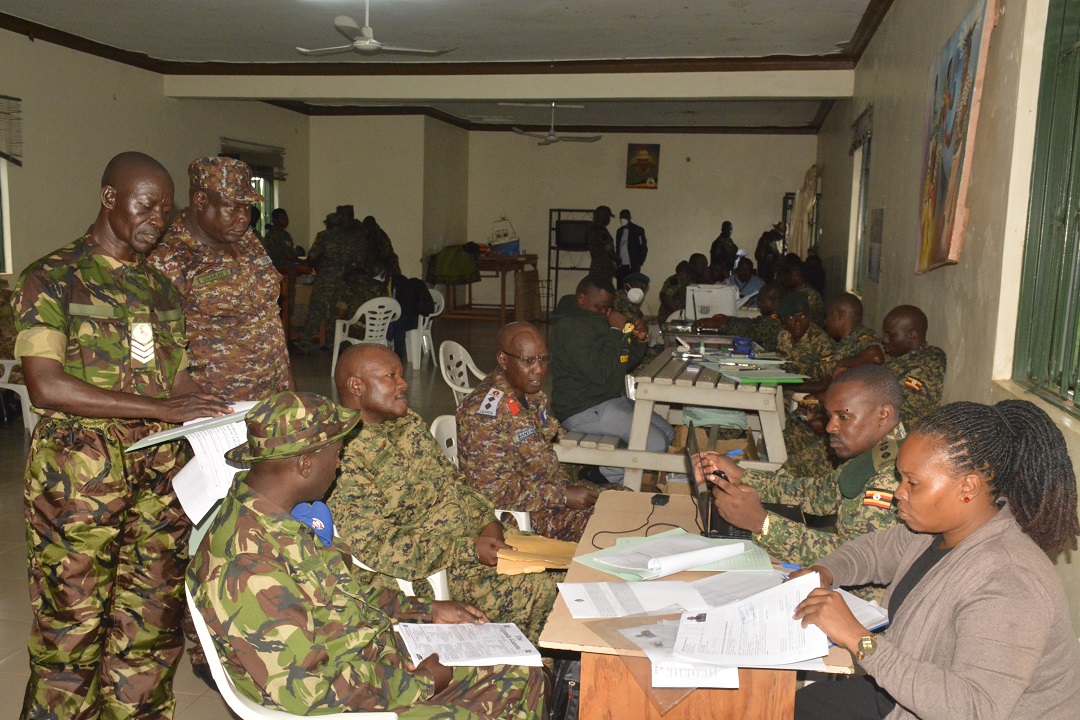 The exercise jointly attended by impending retirees from two services; the UPDF – Air Forces and SFC and a total of 61 Officers and men were documented and sensitized.

Col Geofrey Turuma Head of Air power at Uganda Airforce College and an Aviation consultant, the most senior among retirees thanked the UPDF leadership and mostly the Air Forces for the trust they had in the personnel due for retirement in regard to the different and sensitive appointments they have held throughout their period of service.

He expressed satisfaction with the UPDF leadership and pledged to continue serving his country if or when called upon to lend a hand.

During the exercise a lot of information was shared by the various MODVA/UPDF representatives which included benefits after retirement, financial literacy, human resource management among others.

Retirement benefits are determined by one’s period of service.

“You can always come for medical attention for you and your family to any military hospital, Wazalendo SACCO is still your saving co-operative and Defence Forces Shop is still accessible. The UPDF leadership still holds you great”, Brig Gen Eugene Ssebugwawo Deputy Chief of Personnel and Administration and also the Head of the Exercise affirmed while sharing with the retirees on their other benefits in retirement.

“Don’t let the word ‘retirement’ stop you from working if you feel the need too. You are retired but not tired”, he urged the officers and militants.

He advised them on the need to work even if its part time in order to supplement their pensions and or work so as just to face the challenges that come with work.

He encouraged them to make themselves busy by joining benefiting Clubs for example Rotary Clubs, get involved in Community services mostly the Veteran SACCOS and activities. “An idle mind is a devil’s workshop,” he quoted.

Maj Moses Iliamaso Airforce Staff officer in Charge of Career Planning, on behalf of Airforce Director Personnel and Administration Brig Gen Rebecca Mpagi applauded the exercise team for their endeavours and packages delivered to the retirees and promised to emphasize the same till the retirement day when opportunity avails.

He also urged the retirees to have a vision and leave by it once they return to civilian life.

Tomorrow 10th May 2022, the team will be in Land Forces Headquarters Bombo, where the largest number of retirees and dischargees are expected to be handled.