The National Chairman of the National Resistance Movement (NRM), President Yoweri Kaguta Museveni has today, Tuesday 24th May 2022 arrived in Omoro district where he has campaigned for the NRM party flag bearer in the Omoro County By-election Andrew Ojok Oulanyah.

According to the party draft program, president Museveni has addressed two scientific meetings, one at Opit Senior Secondary School playground in Omoro town council, where he met party leaders from the sub-counties of Lakwana, Lakwaya, Akidi and Omoro Town Council.

The President has also addressed leaders from Odek, Lalogi, Acet Town council and Orapwoyo sub counties at another rally in Odek Sub-county. 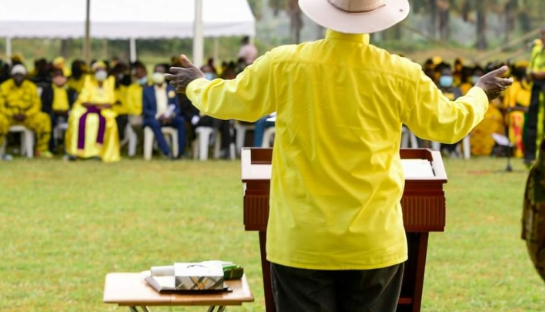 He has given guidance on key issues concerning the district as well as the district party structures. The party chairman has also galvanized support of the people of Omoro for Ojok who is seeking votes to replace his father the late Jacob L’Okori Oulanyah.

Before heading to campaigns, Museveni first paid a courtesy visit to Mzee Nathan Okori, the father of the late Speaker of Parliament Oulanyah, at his home in Lalogi village to commiserate with the family and thereafter lay a wreath on the grave to pay his respects to the fallen former NRM party vice chairperson for Northern Uganda. 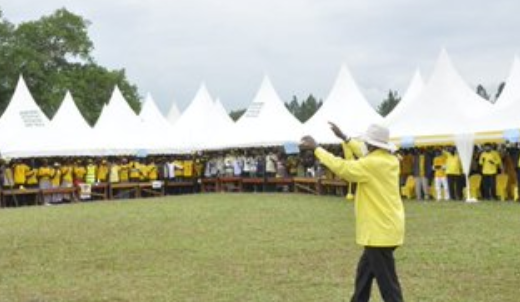 The Party National Chairman’s visit follows three weeks of vigorous campaigns that have been spearheaded by Secretary General, the Rt.Hon. Richard Todwong, along with directors from the secretariat including; director for mobilization, Hon. Rosemary Nansubuga Sseninde, director for communication, Hon Emmanuel Dombo Lumala and Hajjat Medina Naham, the director for Finance and Administration, among other party district leaders.

The people of Omoro County will on Thursday the 24 May, 2022 be lining up to choose their next Member of Parliament following the demise of Jacob Oulanyah.