Veteran Journalist Andrew Mwenda,the owner of Independent Magazine as the eyewitness at Pearl Of Africa Hotel Kampala has come out to reveal circumstances surrounding the deportation of Chaka Chaka from Uganda on 31,December 2019.

Mwenda urged Pressure group People Power Supporters with their leader BobiWine to stop politicizing the issues of ChakaChaka with out clear details.

The legendary South African singer Yvonne Chaka Chaka has also come out to dismiss reports that she was deported from Uganda, where she was scheduled to perform at a New Year’s Eve concert.

The Ugandan police force had earlier released a video statement suggesting that Chaka Chaka had been sent home due to Visa issues.

“This was essentially done by our officials to help maintain the integrity of our immigration rules for all visitors to our country including foreign musicians,” a police official said.

“We are hopeful that in the future [Chaka Chaka] will once again visit our country Uganda when she applies for the right Visa”.

However, the singer took to social media at about 6.30pm on New Year’s Eve to post a video statement of her own.

“I just want to set the record straight as you can see I am here, all is well,” she said.

By Chaka Chaka’s version of events, she was not deported and “took a decision not to perform” at the concert because “there are just too many things I can’t understand or explain. 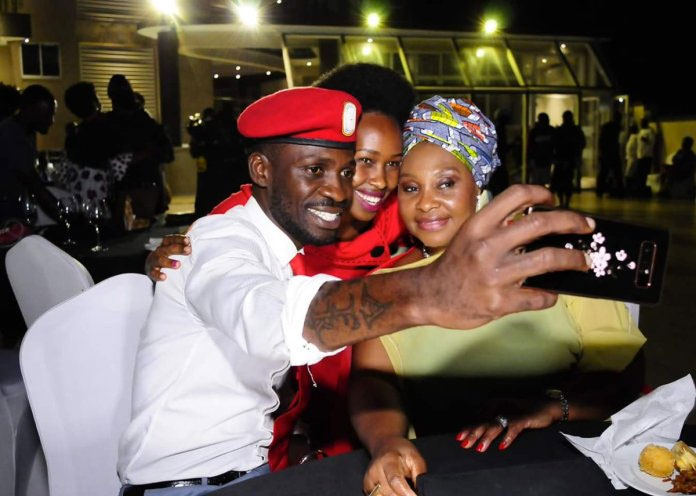 Below is Andrew Mwenda’s account of what he saw.

Fix Odoi has given us the most actual account of what happened to Chaka Chaka. Attempts by some people to add the Bobi Wine spin on this story are both wrong and misguided. First let us let the facts speak for themselves.

Yesterday in the morning I was at the Pearl of Africa Hotel when the Chaka Chaka saga happened.

1. Police visited the hotel when Chaka Chaka was making her way out in a convoy of three vehicles . The police politely requested to have a discussion with her and her team. The discussions happened at the drop off area of the hotel.

2. The police pointed out to Chaka Chaka and her team that they had credible information that she was about to engage in a commercial activity that would contravene the terms of her tourists Visa. That she didn’t declare the correct purpose of her visit both at the time of applying for the Visa and at the port of entry.

3. The police requested Chaka Chaka and her team to stay at the hotel and refrain from the commission of Visa violations.

4. Chaka Chaka was rather angry throughout the discussions and kept shouting at the police officers who, in all fairness remained professional.

6. For some reason, Chaka and her crew had already paid their hotel bills and checked out.

7. The police also insisted they needed a full disclosure of her itenary in order for the force to be able to offer sufficient protection for her team

8. We intervened in the discussions and the police offered to drive Chaka Chaka’s promoters to the Ministry of Internal Affairs so they could apply for a Work Visa.

9. Chaka Chaka declined.
She demanded to be escorted to the airport and declared she was leaving the country. A number of us pleaded with her to give her team and the police time to sort out the Visa issue. She refused

Where does the Bobi Wine story come in here? Police was willing to help her get a work visa and do her performance. Do many of us think Chaka Chaka should be allowed to violate the law for fear that insisting on the rule of law will be used to claim some political persecution of Bobi Wine?

Happy new year to all