Trending
HomeAfricaChaka Chaka Speaks Out On Her Kampala Ordeal Deportation

However the 54 year old celebrity  has refuted allegations saying  she decided not to perform in Uganda on Tuesday on her own volition and not because she was deported.

Chaka Chaka was in Uganda to perform at a New Year’s Buganda Eve concert “Enkuuka Yomwaka” where millions of Ugandans had gathered to welcome the King of Buganda’s guest musician. 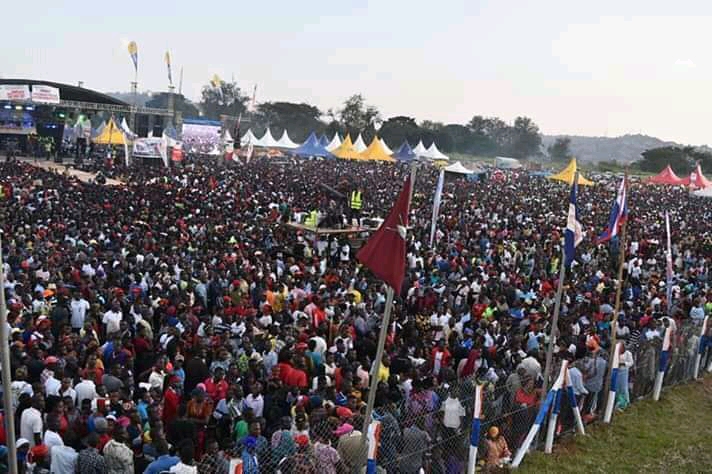 Authorities in Kampala released a video on Twitter saying Chaka Chaka had been sent back to South Africa because she had the incorrect visa.

However, in a 40-second video clip uploaded on Twitter by Chaka Chaka, she told South Africans she was fine and left of her own accord.

She said she cancelled her performance and that she was not detained nor deported.

“I took a decision not to appear because there were just too many things I could not understand or explain.”

She also tweeted an image of her business-class ticket as proof that she was not deported.

If I was deported would they buy me a business class ticket. Nooooo they just put u on the https://t.co/PRuKG1KMUW now you know. 😂😂😂 pic.twitter.com/1FbOpbbK86

Previous ArticleRotten Potatoes In Police Will Not Waste Our Time – Museveni
Next Article Apart From Going To Mecca, 2019 Was Hell – Eddy Kenzo