Kyadondo East Legislator Kyagulanyi Ssentamu alias Bobi Wine has on Monday January 6 2020 been arrested on his way to Our lady Of Good Counsel in Gayaza, Wakiso District for his consultant meeting ahead of 2021 Presidential election.

Bobi Wine was arrested with among others, the People Power Spokes person Joel Ssenyongi and other key stake holders/leaders in the pressure group.

Upon arrest, Police drove group of over thirty People to Kasangati Police Station where they are detailed as investigations continue.

However, Shocking revelation taking over social media is how Bobi Wine and other People Power leaders sneaked a phone into Police Cells and started posing for selfies. 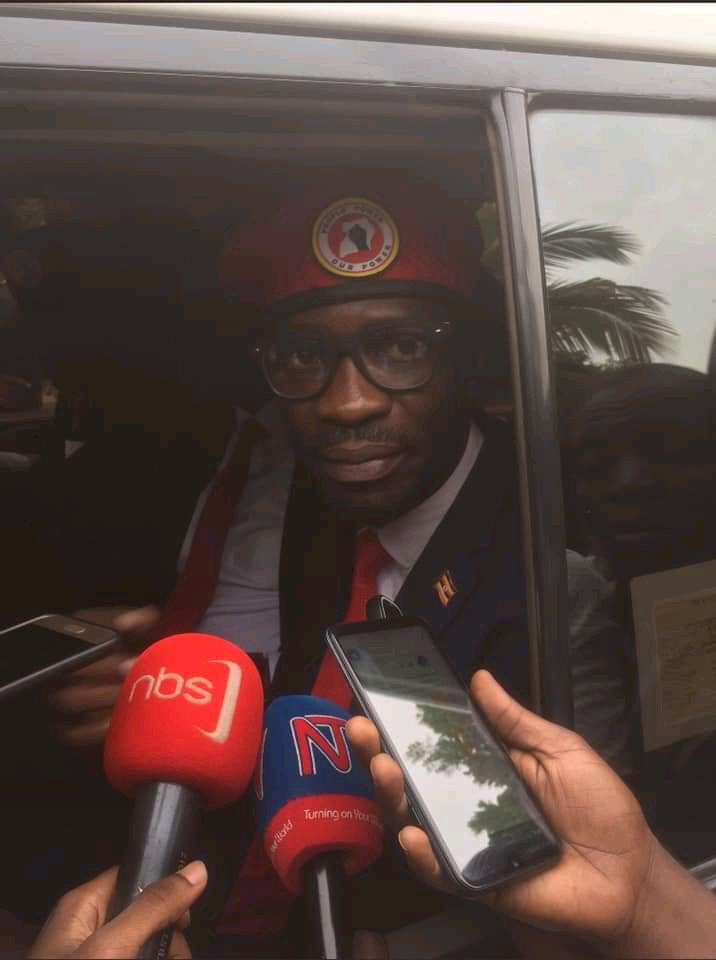 Bobi Wine in a Police Vehicle

This was evident when Ssenyongi took on Facebook and thus Posted..

“With Honourable Kyagulanyi and other People Power leaders inside one of the Police’ cells at Kasangati Police Station. I managed to sneak my phone in. Other comrades are in other cells, and we understand some other people have been injured……

With Honourable Kyagulanyi and other leaders inside one of the police cells at Kasangati Police Station. I managed to…

Kasangati Mayor, Mr Tony Sempebwa Kiyimba said he was disappointed that police could block such a lawful meeting.

On Friday, Bobi Wine said that the Presidential Elections Act gives him legroom as an aspiring presidential candidate to move across the country to consult the people on whether they would support his candidature ahead of the 2021 presidential elections.

“Section 3 of the Presidential Elections Act provides that anyone who aspires to become president can write to the EC and thereafter go around the country consulting citizens about his/her intentions. So in light of this, I am going to interact with Ugandans about his intentions to run for President,” Bobi Wine said in a message.

Mr Fred Enanga, the police spokesperson, said they had received the letter and they will be checking today if he had fulfilled the requirements as asked for by the police under the provisions of the Public Order Management Act (POMA).

“He is supposed to notify the area LC1, police and the authorities then when the meeting is taking place we go and access whether the requirements are in place,” Mr Enanga said.

Police and Electoral Commission are yet to comment on the incident.