Trending
HomeNewsDont Use UPDF Devt Funds In Buying Lipsticks -M7 Warns Soldiers’ Spouses
The President and Commander –in-Chief of the Uganda Peoples’ Defence Forces (UPDF) H. E Gen Yoweri Kaguta Musevevni recently announced the provision of a Presidential Support Fund for organized and registered UPDF spouses’ groups.
The Chief of Defence Forces Gen David Muhoozi in a meeting with UPDF senior leaders at the UPDF General headquaters in Mbuya, said the fund is as a result of the President’s recent observation that UPDF spouses needed support to develop themselves.CDF 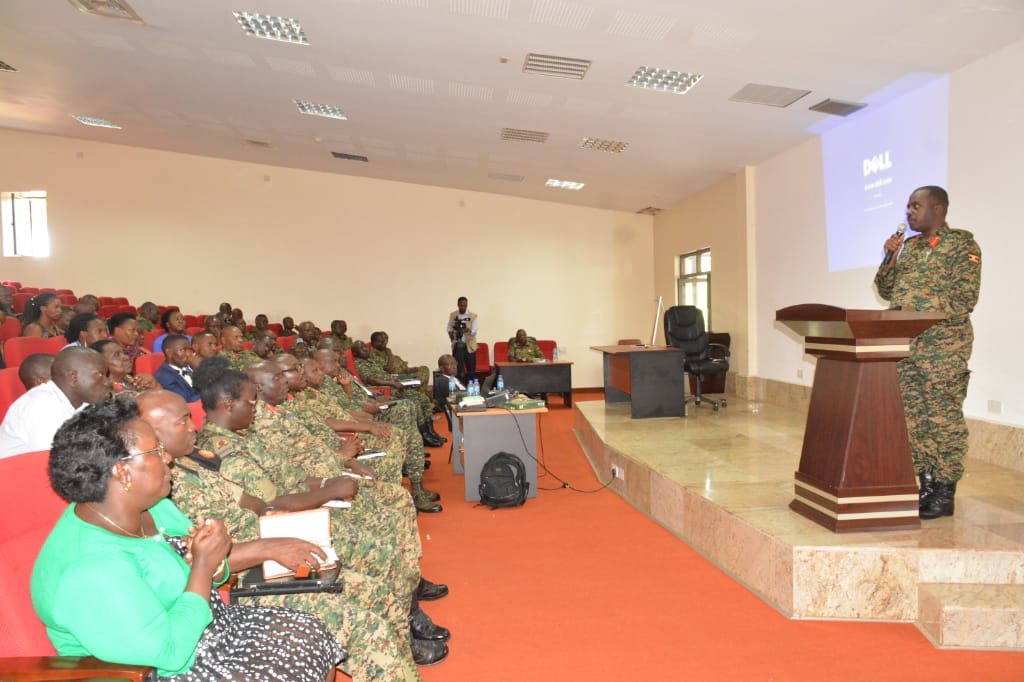 CDF Gen.Muhoozi addressing army officers
He therefore implored the beneficiaries to put the fund to good use by following the agreed guidelines that will be supervised by the UPDF leadership. “Let us be more united by enforcing accountability. Put systems in place to have who to blame and who to credit,” Gen Muhoozi remarked.
According to the UPDF Land Forces Chief of Staff Maj Gen Leopold Kyanda while opening the workshop,pointed out that the Revolving Loan Fund aims at improving the lives of the soldiers through support to the spouses and their families.
He urged members to inject the money into small income generating activities like poultry, apiary and piggery; so that they can benefit from the accrued profits.
“This is an important initiative. Make the best of it by maintaining its purpose of increasing incomes among wives of soldiers,” he said.
The UPDF Chief Political Commissar Brig Gen Henry Masiko noted that the fund will widen employment opportunities and improve the quality of life of both UPDF spouses and their children.
The fund will benefit all UPDF spouses in the formations and units. 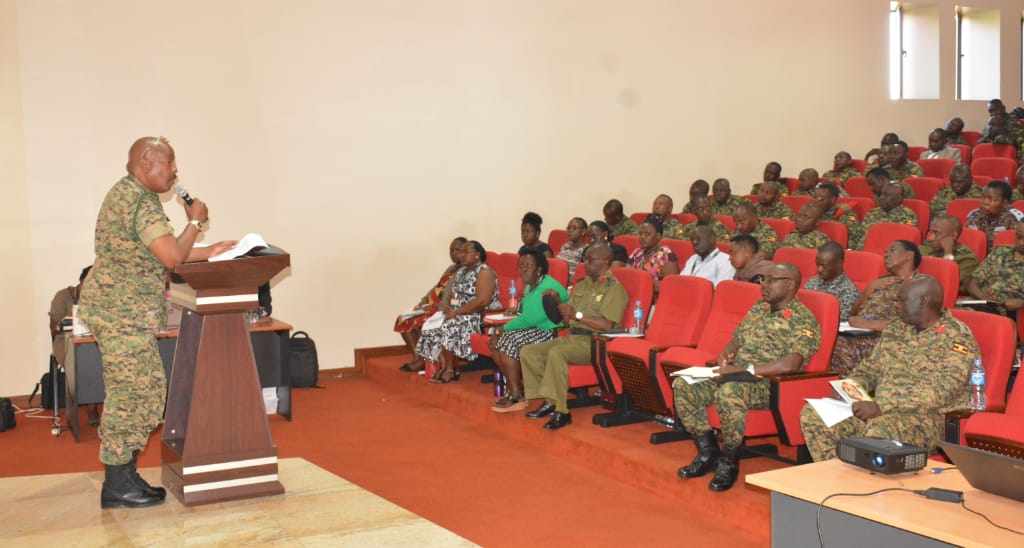 Members at the meeting received Policy Guideline Manuals to ease their operations and agreed to pay a small interest on each accessed loan to ensure continuity and survival of the project.
Mrs Rebecca Mugume, the head of the UPDF Spouses Desk, reported that the money will be accessed at the respective formations and units, adding that management committees have been formed to guard against any inconsistencies.
The meeting was attended by Commanders with their Political Commissars from Services, Divisions, Specialised and Independent Units as well as representatives of spouses among others.
Post Views: 423