A group of People Power Diehards has vowed to storm parliament with the remains of Late Daniel Kyeyune who passed on yesterday evening.

“We are here at the mortuary demanding the body of late Dan but the police shading has denied us the body.
We need the body of our soldier and from here we are storming parliament with the body.
The silence we have done is enough, time for action now. #M7MustFall,” James Mubiru posted. 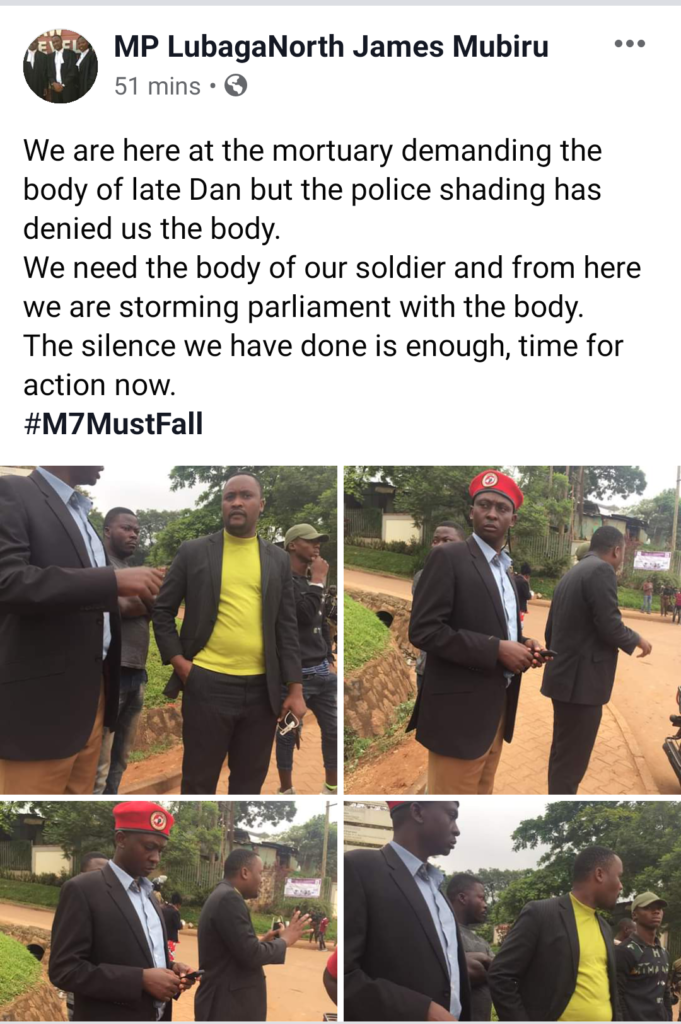 According to People Power spokesperson Joel Ssenyonyi, Dan Kyeyune died after being shot in the head by police and becomes the second Bobi Wine supporter to be killed in two days under unclear circumstances.

In Nansana, police registered the incident as ‘murder by shooting’ whose motive was not yet established. Kyeyune’s body was taken to the City mortuary Mulago for a postmortem.

Nansana standoff started when police tried to control a procession by People Power activists who were returning from the burial of their colleague, Ritah Nabukenya in Kiboga district.

Nabukenya succumbed to injuries she sustained in a motor accident in Nakawa on Monday. Police is accused by People Power of deliberately knocking dead Nabukenya as she made her way to the blocked Bobi Wine consultation meeting in Ndeeba on Monday. 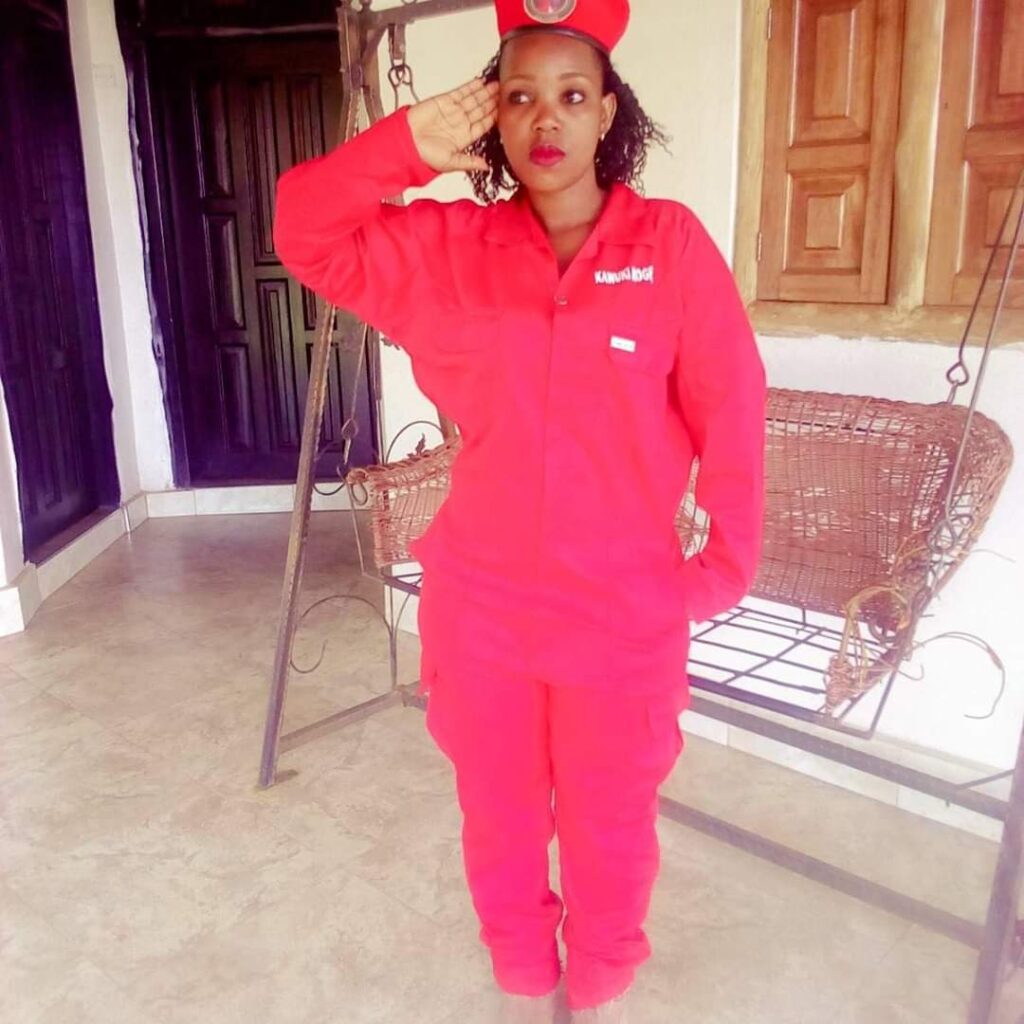 Traffic in Nansana, which is heavily populated in the evening, and often experiences jam was worsened by the procession. Three traffic officers who were guiding traffic at Masitowa junction were overwhelmed and called for reinforcement.

A number of Local Defence personnel on evening patrol and police officers turned up and started firing live bullets and tear gas at the already charged youths without warning. It is during the fracas that Kyeyune was allegedly shot.