Celebrated legendary musician and Kampala Lord Mayor aspirant, Joseph Mayanja alias Jose Chameleon is in trouble once again after the Anti-Corruption Court summoned him over allegations that he is in possession of an imported and undeclared vehicle.

According to the statement of the offence, Mayanja is accused of being in possession of uncustomed goods contrary to section 200 (d) (III) of the East African Community Customs Management Act 2004.

The particulars of the offence further reads “Joseph Mayanja on 12, April 2020 was found by Customs in possession of vehicle registration number SSD 499B; Uganda Revenue Authority Enforcement Team intercepted motor vehicle registration number SSD 4998 Toyota Land Cruiser V8 Model GRJ 200 along Wakaliga-Bulange Mengo. Joseph Mayanja was requested to avail the team with documentation regarding the legal status of the vehicle in Uganda which he promised to avail but failed; import dutty has not been paid on the said vehicle in Uganda and it is valued at UGX 137,350,725 (Uganda Shillings One Hundred Thirty-Seven Minion Five Hundred and Seventy Twenty-Five only); Mr. Mayanja Joseph knew or ought reasonably to have known ought responsibly to have known that the vehicle unit was uncustomed”. 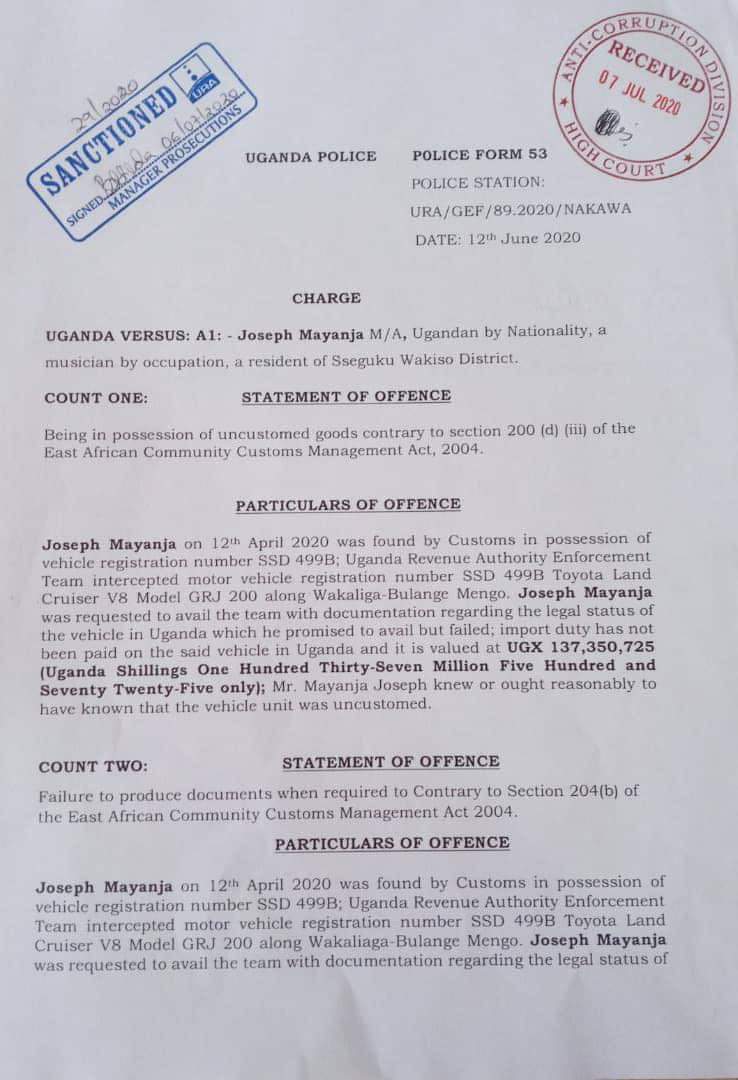 Police report to the Anti-corruption unit

Meanwhile, Chief Magistrate, Ms Pamella Ocaya Lumunu, has since summoned the singer to appear in the Kololo-based court on July 30, 2020.

“Whereas your attendance is necessary to answer to the charges of being in possession of uncustomed goods, you are hereby commanded by the Uganda government to appear in the Anti-Corruption Court at Kololo on the 30th July 2020 at 9:00am,” read in part the summons of the court to the singer. 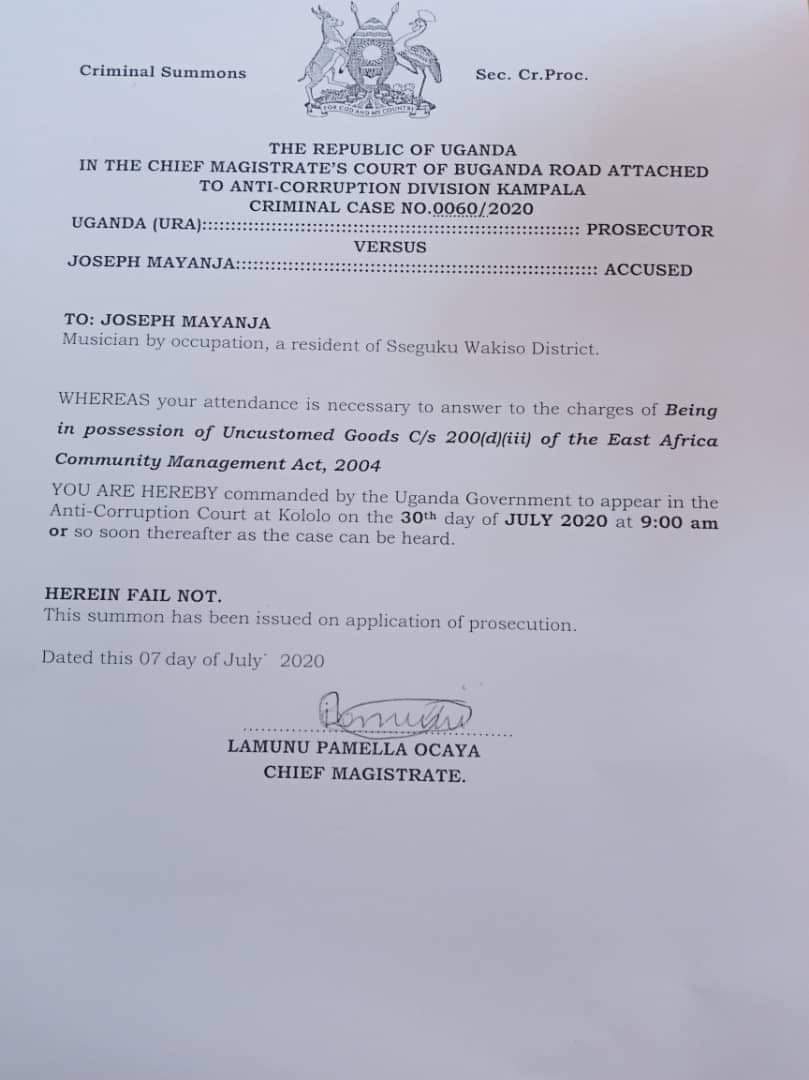 It’s alleged that on April 12 this year, the singer was found in possession of vehicle registration number SSD 499B Toyota Land Cruiser V8 model GRJ valued at Shs. 137, 350,725 by the Uganda Revenue Authority Enforcement Team, which intercepted the said vehicle.

This website ran a story of how Chameleon was intercepted by URA enforcement teams at Bulange Mengo in Kampala, and required to avail the documents regarding the legal status of his car in Uganda which he promised to avail but he has reportedly failed since.

Further, URA says the singer has not paid the import duty for his car and yet he knew that the vehicle was uncustomed.
Chameleon is also charged for failure to produce documentation when required contrary to Section 204 (b) of the East African Community Customs Management Act, 2004.