The Apriring LC5 Chairperson Buhweju District Deo Atuhaire aka Omuhatiizi has said corrupt civil servants in the district will lose their jobs or be jailed once he’s elected into power in the coming 2021 general elections.
Atuhaire made remarks at Buhweju District headquarters on Thursday October, 1, 2020 after being nominated as an independent candidate.
He said, he’s tired of untouchable corrupt civil servants and thus once elected, he will launch an anti-corruption campaign code-named, “Operation No Corruption” aimed at fighting the high levels of corruption in the district. 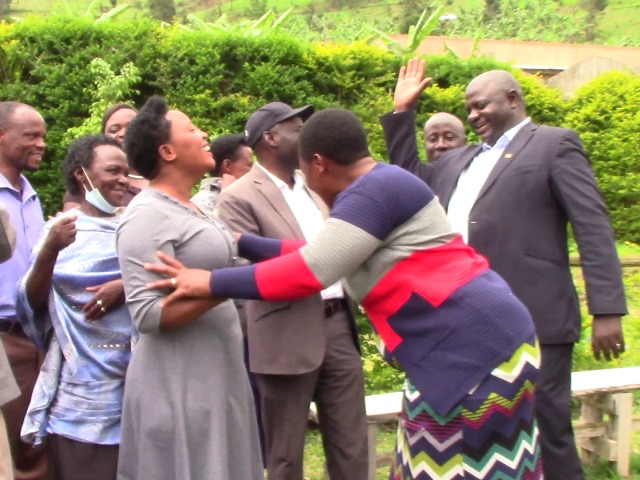 Deo With his Supporters

He said the anti-corruption team will have no sympathy but to fight and arrest any corrupt civil servant.

“Our aim is to rescue this district from exile. This is evident because as of now our sons and daughters cant get district jobs without bribing those officials. Some of the district property have been sold without accountability and worse, without reasons why they sold them.”
He added that he will start with roasting the current ‘In Sleeping Mode’ District Public accounts committee and urged voters to start voting capability not a frag.
“I therefore warn whoever is corrupt to either repent or start digging his or her grave as soon as possible because after being declared a winner, i will uproot you one by one,” Atuhaire warned.
Meanwhile, this website have learnt that Deo Atuhaire and and Siston Nuwagaba (who have been his opponent) have since re-united and allied together to fight their one enemy.
“You can’t help a thief you’ve found stealing your banana, you instead make an alarm so that people or police can come for rescue. Therefore, we have allied together to kick our enemy out of Buhweju District” Siston commented.
Post Views: 2,270