Bebecool who currently busy in campaign trail for President Museveni a cross the country has informed security organizations to investigate and scrutinize a video clip which was sent to him by a good Samaritan where a lady holding an AK47 gun threatening to gun him down. I sent it to security organs for more scrutiny.

“Of course we all know the people power slogan is Tuli mu struggle. Today we all witnessed innocent people being robbed and cars being vandalised.
This kind of hooliganism must not be tolerated in Uganda”, Bebecool said.

Singer  who has been engaging with Kinds of people on social media revealed that Ugandans should secure their future with President Museveni who is already trusted in leadership.

For protection, Bebe Cool said that security experts will give him next course of action and his life ,family and property stable following the many threats he has been receiving.

“I would like to caution my fellow Ugandans about putting aside our political differences and work together toward reconciliation and continued steady progress of our personal lives and our nation, ” he said . 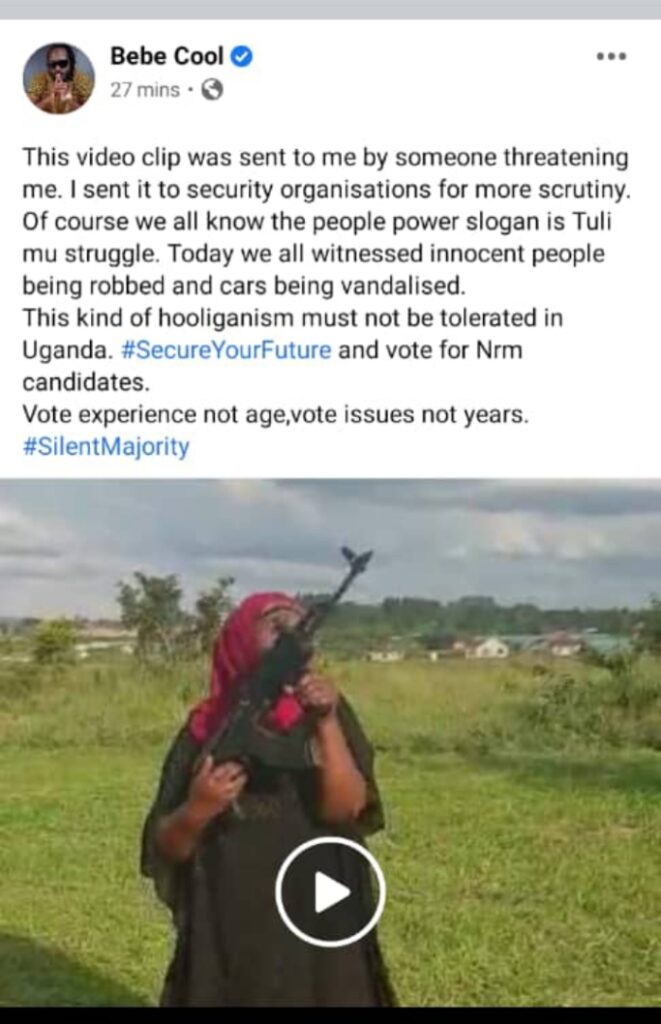