Three people have been confirmed dead on and scores injured after a bus carrying passengers from Kampala to Ntungamo district got involved in a head-on collision with a Toyota Carina car along the Mbarara – Kabale highway in Rwampara district.

According to District Police Commander for Rwampara,Stephen Kamar confirmed the incident saying the two passengers who were aboard the Carina Reg. No. UAV 977P didn’t survive the accident after the collision with the Bismarkan Coach. 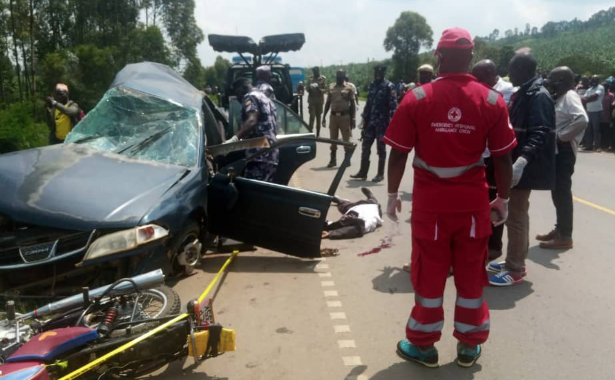 He said that the third victim of the fatal accident is a bodaboda rider who was still unidentified by press time.

The passengers were evacuated with no deaths reported amongst them while those with injuries were taken to Mbarara referral hospital.